Her research suggests that plants are not just sentient, but intelligent. 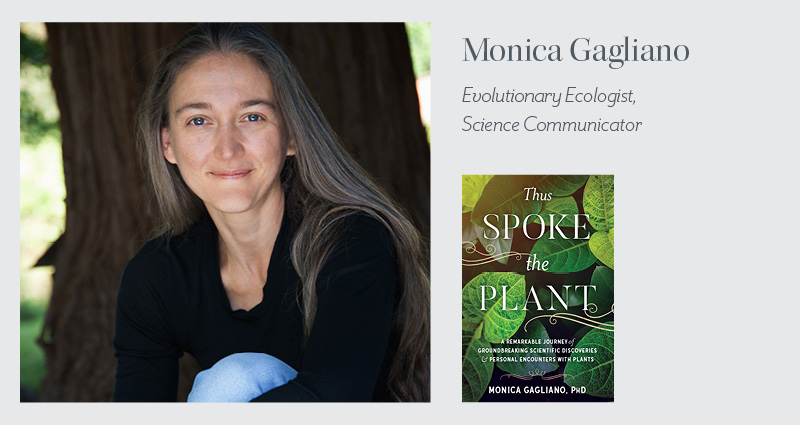 Can a plant learn from experience? Does it have memory? Can functions typically associated with the brain be achieved by brainless life forms? While some might ridicule this line of questioning, Monica Gagliano is not laughing. An evolutionary ecologist who just opened a new research lab dedicated to exploring biological intelligence, Gagliano has been conducting groundbreaking research into the cognitive phenomena in the life of plants.

After beginning her career as a marine scientist and conducting research related to the behavior and intelligence of animals, she began to wonder if there was more to every life form than is generally believed. This shift in interest resulted in her pioneering the practice of “plant cognitive ecology,” which involves, according to her website, “experimentally testing the cognitive abilities of plants, including perception, learning processes, memory and consciousness.“ The results of these experiments, which have included testing plants’ ability to learn as Pavlov’s dog did, through conditioning, show that associative learning is an essential component of plant behavior. In pioneering the field of bioacoustics research, Gagliano has shown that plants can detect and respond to sound.

At her newly established biological intelligence lab at the University of Sydney (which she is calling the “BI Lab,” in a playful take on the acronym for artificial intelligence), Gagliano will delve deeper into questions about decision, choice, and will—with plants, but also among other non-neural systems. She is eager to collaborate with the Sydney Environment Institute, whose work crosses many disciplinary boundaries to address environmental issues. Gagliano’s research may have far reaching implications –for science, for future research into biological intelligence, and for the way people perceive plants, animals, and more broadly, nature.

In her newly published book “Thus Spoke the Plant: A Remarkable Journey of Groundbreaking Scientific Discoveries and Personal Encounters with Plants,” Gagliano shares stories about her research and her personal experiences exploring plant communication and cognition. Those experiences include her collaborations with plant shamans, indigenous elders, and mystics from around the world. “The book is an invitation to experiment,” she says. “The world is more than we think it is, and the only block to imagining something more is the choice to subscribe to what you are told without critically thinking. The real approach to knowledge is experiment. Go explore, and find your truth, knowledge, and wisdom through your own experience.”