The Balkan Peninsula is home to Europe’s last remaining wild rivers, but they are threatened by a hydropower boom. Susan Sherrod reviews a film that documents the efforts of local activists to save the “Blue Heart” of Europe. 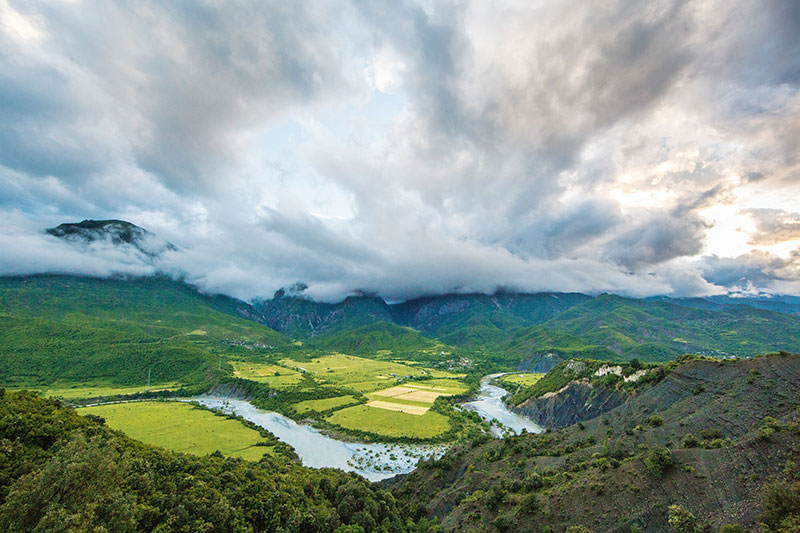 The Balkan Region of southeastern Europe, named for the mountain range that spans Bulgaria, has become the continent’s 21st-century Blue Heart for being its last holdout of healthy rivers. The Balkans are between the Mediterranean and Black Seas, roughly delineated by the Danube River in the east and the northern borders of Croatia and Bosnia and Herzegovina in the west. Patagonia’s beautifully shot Blue Heart documentary is their second piece of a hydropower triptych illustrating the ecological drawbacks of hydropower, showcasing extraordinary citizen pro-activism to prevent dam construction and keep their 244 rivers wild, and offering guidance on how to support the cause. Of three thousand dam projects planned in the Balkans, Blue Heart explores three.

“The king of these valleys,” the Vjosë River, is Europe’s only undammed large river outside of Russia. Albania has 500 dams and is planning another 38 in the watershed of the Vjosë, which courses from Greece through Albania to the Adriatic Sea. The planned 25-m-tall Poçem dam would have flooded the village of Kutë, where people live off the land among olive orchards and sheep in a paradise of foothills, looming mountains, and the spectacular river. In the first environmental lawsuit in Albanian history, Kutë’s residents, who changed their daily greetings from ‘good morning’ to ‘no dam,’ halted construction of the Poçem on the grounds that its Environmental Impact Assessment and opportunities for public comment were inadequate. Not satisfied with a favorable court ruling, Kutë wants to make the Vjosë River Valley the first Wild River National Park in Europe, offering longstanding protections not only to their community but to the region in this vulnerable nation. 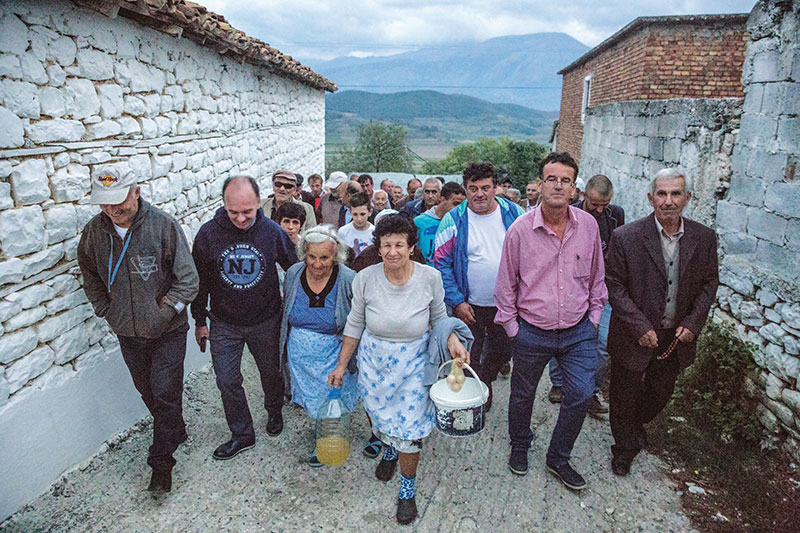 About 100 miles away in Mavrovo National Park, North Macedonia, the critically endangered Balkan lynx  (Lynx lynx balcanicu) has become the mascot of the fight against dam construction. Even though lynx populations have long been known in the Park, Macedonia pursued funding to build two large dams and 17 smaller ones in the park, which already have two sizeable hydro structures and fewer than 50 lynx. Opposition galvanized among environmental advocates as well as residents of impacted villages such as Mavrovo and Debar and sympathetic Albanians. “It’s either/or. You have the dams, you don’t have the cat,” stresses Gjorg Ivanov of the Macedonian Ecological Society. Following organized protests at its offices, the World Bank withdrew funding in 2015 and the European Bank for Reconstruction & Development did the same in 2017, sparing the Radika River Valley for now. Later the same year photographer Panajot Chorovski captured a widely publicized image of a lynx cub, demonstrating not only that the Balkan lynx roams Mavrovo but that it breeds within the park. Hopes are high that this national treasure of canyons, forests, plateaus, and caves will remain wild.

The Brave Women of Kruščica, Bosnia and Herzegovina

As impressive as these stories are of grassroots passion stopping multi-million-dollar development projects, perhaps even more empowering and humbling are the women protesting dam construction on the Kruščica River in Bosnia and Herzegovina. Despite the protected status of Kruščica village since the Austro-Hungarian Empire, the local municipal council changed its land-use status in 2016 and made plans for hydropower projects to start the following year. On August 24, 2017, fifty-five women of Kruščica linked arms across an access bridge to block dam construction vehicles. Thinking that a women-led protest would be peaceful, they didn’t allow their husbands, fathers, brothers, or sons to support them because they knew the men would be brutally beaten.  The women were in fact beaten by police in full riot gear. They were arrested. And they went back to the bridge. Their dozens became hundreds. They set up a tent, a stove, and a schedule. They had support from surrounding villages. They expanded their fight to confront politicians who supported the project without involving the village. Four years after the initial melee on The Bridge of the Brave Women of Kruščica, the fight is in the courts with some decisions in their favor and some still under consideration. 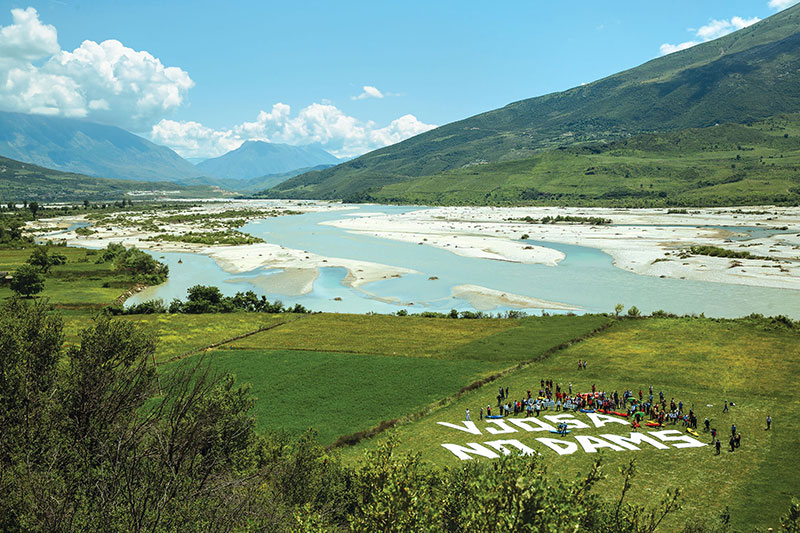 Reflecting on these stories, recall the armed conflicts that occurred in the Balkans throughout the 1990s. The three rivers mentioned here survived a decade of regional bloodshed, not to mention an earlier history of horrors during WWII and even before. The political instability of the region is probably its greatest vulnerability, even larger than the multitudes of dam construction projects planned or underway. The film casts a jaded eye at the Albanian Ministry of Environment, which profits from international development projects like the Poçem dam. Macedonia continues to look for funding to build on the Radika River in Mavrovo National Park, and the Bosnian regional court, while annulling the construction permit for the Kruščica dam, has not revoked concessions to the energy company.

While the film provides an important and inspiring message of small David thrashing Goliath, I hope that it doesn’t lose its viewers at the outset with its premise that hydropower is inherently a bad thing. While I am inclined to join the opposition to these projects in pristine ecosystems, the dialogue does need weigh the balance of their impacts with respect to quality of life, equity, and in comparison to other energy sources.

Do an image search for the Croatian expression, “SLOBODA RIJEKAM!” which translates to “Freedom for Rivers!” You’ll see the final shot of Blue Heart, a 50-ft mural that was installed on the Idbar Dam on the Bašćica River by the Coalition for the Protection of Rivers of Bosnia and Herzegovina. It shows a woman raising a sledgehammer, ready to deal the first blow. 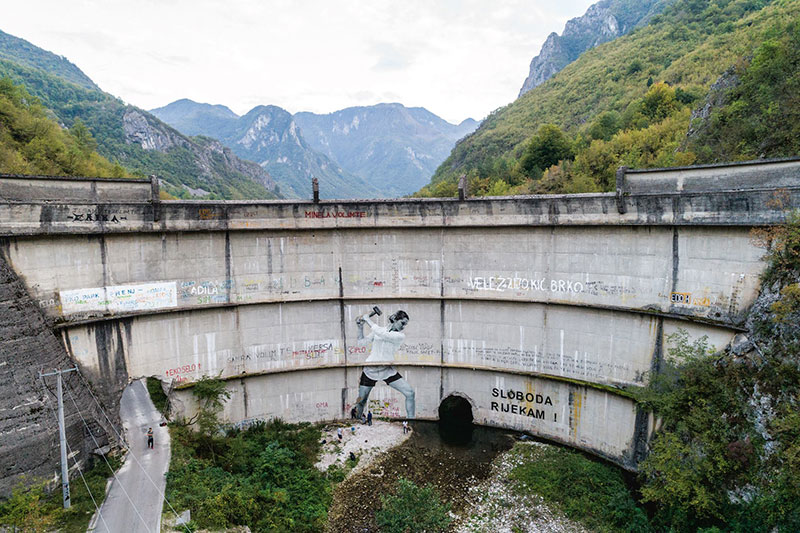