River restoration is costly and arduous work. These tools, metrics, and methods, however, may come in handy when planning your next project. All are available on amber.international 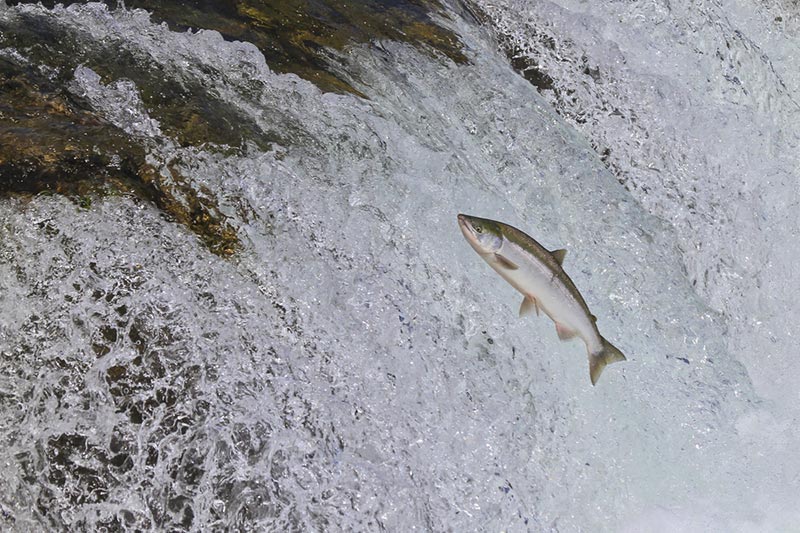 To effectively manage our rivers, we need to know which barriers cause the most problems and which provide an opportunity for development. However, evaluating whether fish can effectively pass over or through a barrier is difficult. Passability is dependent on several factors (e.g., barrier height, water depth, barrier type, presence of vertical drops) and varies depending on the swimming, jumping, and climbing capabilities of each fish species. After evaluation and field testing of the three most well developed and widely available protocols already in existence in Europe (SNIFFER, ICE, and ICF), the French ICE protocol has been selected as the protocol of choice for assessing barrier passability for fish. To facilitate the ready use of this protocol, researchers at the University of Southampton developed software to automate the process to enable users to rapidly-produce passability scores for each species at the click of a button. The software also estimates the hydropower potential at each site through a simple assessment of discharge and head drop. As such, the software produces data that can be used to populate barrier mitigation prioritization tools and efficiently help with catchment level management decisions.
Author Information: Dr. Jim Kerr, University of Southampton, UK

Model of ecological effects of barriers

Fragmented rivers are frequently considered heavily modified water bodies as river barriers affect the natural state and flow of the river. The ecological effects of barriers model demonstrates how barriers may affect natural aquatic habitats, and consequently alter the species and communities that live there (see map of river barriers). This model shows the expected impact of a single barrier on local habitat conditions at a regional scale with all possible mitigation measures applied. It also allows for an estimate of how this impact is increased by multiple barriers along the river. This tool will be useful for adaptive management of barriers towards fulfilling the requirements of the European WFD and accelerating the achievement of Good Ecological Potential of heavily modified water bodies.
Author Information: Professor Piotr Parasiewicz, The Stanisław Sakowicz Inland Fisheries Institute, Poland

Like most animals, fish are impacted by their immediate environment and available habitat. But how exactly do river barriers affect fish habitat, and how is that further affected when you adjust for climate change? Under what circumstances can animals still thrive, and what modifications to barriers can be made that could help restore the up- and downstream environments? The Rapid Habitat Assessment with Remote Sensing model allows river managers to make these assessments with only a small input of data (e.g., river type, geographic type, climate circumstances) to produce estimated numbers that guide restoration planning and adaptive planning. The model also calculates how river habitats would respond if a dam were taken away or how the dam could be modified to reduce impacts. Moreover, this model produces different scenario outputs to choose from by providing the percentage of river benefit. By understanding how water flow impacts the habitat suitability, this model shows the expected impact of river barriers and climate change.
Author Information: Professor Piotr Parasiewicz, The Stanisław Sakowicz Inland Fisheries Institute, Poland

Researchers at the University of Southampton, UK, have developed an Agent-Based Dispersal Model (ABM) to predict the movement of aquatic species as they migrate upstream and approach a riverine barrier. The current model has been parametrized to predict the upstream movement of European river lamprey (Lampetra fluviatilis) using data collected from a high-resolution 2D acoustic telemetry study that tracked their movement as they approached a weir in the UK. By understanding how fish movement is affected by the complex flow conditions created at riverine infrastructures, water managers can adapt barriers to create suitable conditions, so the distribution of fish is minimally affected. When the model is parameterized against the fish present, it can predict how a fish might react if two turbines were turned on instead of three or under high discharge events, which are likely to occur more frequently due to climate change. Would the fish be able to navigate the flow conditions created and find a safe route of passage? Use the tool to find out!
Author Information: Dr. Jim Kerr, University of Southampton, U

While most studies gauge the level of passability of fish to understand the extent of river fragmentation and mea – sure the success of restoration efforts, metrics of connectivity should also consider the distribution of the whole community and not only fish. AMBER researchers are pioneering the use of eDNA methods to rapidly and cheaply assess stream connectivity. eDNA is different from other DNA techniques in that, instead of purifying DNA from the tissue of an organism, it detects trace amounts of DNA that organisms shed into their environment. It is a forensic approach that is used in AMBER for detecting plants and animals from water samples and therefore infers where barrier discontinuities might exist. eDNA can help water managers estimate how barriers alter the dispersal of animals or the propagules of plants. The AMBER eDNA toolkit is lightweight, inexpensive, and easy to carry. It can also be used on-site with minimal training. It consists of a series of protocols that use eDNA to analyze the presence of target organisms and the com – position of full communities both upstream and down – stream of barriers. For example, researchers at Swansea University have used eDNA to estimate the impact of the Poutes Dam in the fish community of the River Allier (France), a task that would have been difficult and costly with other techniques. It helps to map the geographical distribution of aquatic animals in relation to the distri – bution of barriers and show how barriers might impact species distribution and community structuring. First, the water is collected into sterile, DNA-free bags or bottles (typically used for sampling swimming pools), and are then either taken back to the laboratory or filtered on-site using readily available sterile syringes. There are two different approaches that are commonly used with eDNA: quantitative PCR (qPCR) and metabarcoding. With metabarcoding, it is possible to detect numerous species at once in a sample, which can show how biodiversity changes in response to dams and other barriers, but the analysis can be complex. In contrast, the qPCR approach targets individual species (for example, migratory fish), and is faster. Recent technological advances have made the eDNA approach much more affordable. eDNA is helping to resolve barrier impacts and monitor the restoration of connectivity in ways that were not possible to imagine only a decade ago. This toolkit serves as an essential management tool to assess the status and trends of freshwater biodiversity.
Author Information: Professor Sonia Consuegra and Dr. Richard O’Rorke, Swansea University, UK

How far can I swim before hitting a barrier?

Unlike terrestrial habitats, measuring fragmentation in river networks is not straightforward. Rivers are essential – ly uni-directional systems, where barriers can be viewed as nodes. However, most current methods of measuring fragmentation tend to consider barriers only in relation to fish movements. Researchers at Swansea University have developed a taxa-free metric for AMBER to estimate the extent of fragmentation caused by dams and other barri – ers, applicable to any species. This novel metric estimates the length of free-flowing, uninterrupted river reaches between two consecutive barriers in the catchment. It works under the premise that all barriers have an impact, regardless of type or height, making it thus applicable to multiple organisms, as well as to sediment transport. This new measure of river fragmentation can be used by water managers to estimate the potential free-flowing habitat available. In combination with additional con – textual information on habitat quality and distribution, this metric can also be used to make stream restoration more effective. For instance, one could determine which barriers cause the most significant loss of connectivity and prioritize others for mitigation, taking not just the needs of fish into account, but other taxa and fluvial processes as well.
Author Information: Dr. Josh Jones, Swansea University, UK

Many fish passes do not work as they are intended, or work only for some species, or under some conditions. The reasons for this are largely unknown but may relate to variation in swimming performance and energetics, both among and within species. Scientists at Swansea University used an artificial cascade and a swimming respirometer (a sort of treadmill for fish) to measure fish passage success and energy expenditure of both strong swimmers like brown trout and weak swimmers like bullhead. They found that fish that overcome artificial barriers tend to be those that have higher metabolic rates and higher aerobic capacity. The same is valid at the intraspecific level, indicating fish passes may be selecting against weak swimmers. Swim tunnel respirometers provide a useful tool to evaluate the causes of fish passage failures and optimize mitigation solutions around dams, not just for strong swimmers, but for weak swimmers as well.
Author Information: Dr. Peter Jones, Swansea University, UK

Barrier planning prioritization model The barrier planning prioritization tool helps environmental planners and river managers balance environmental and socio-economic trade-offs associated with river infrastructure by selecting the best combination of barrier placement, removal, and mitigation actions. Applicability of the tool was demonstrated using a case study of the Neckar River catchment in Germany. Key evaluation criteria considered in the Neckar River case-study were river connectivity, hydropower generation potential, and various upfront and ongoing costs, including project implementation costs, hydropower retrofitting or installation costs, and annual waterborne shipping costs. Analyses focused specifically on hydropower and river transport as these are the two main human uses of rivers in the Neckar catchment. However, the model can be readily generalized to consider other environmental and socio-economic factors, which may be important in other planning areas, such as irrigation, drinking, and industrial water supply, fishing, recreation, and water purification. To perform model runs, researchers acquired, processed, and inputted detailed data about barrier positions, river geometry and flow, barrier passability, waterborne shipping, and installed hydropower into the tool. After this, the current situation plus 9 other possible future scenarios were developed and analyzed for the Neckar catchment. Future scenarios included maximizing river connectivity, maximizing hydropower, minimizing costs, and combinations thereof. The main findings are that the current connectivity in the Neckar is deficient. The most well-connected river sections are along the main Neckar, which has a fair number of fish passes and semi-passable locks. For future scenarios, there is a wide range of trade-offs among river connectivity, hydropower, and cost, with gains in one or more objectives invariably coming at the expense of others.
Author Information: Professor Jesse O’Hanley, University of Kent, UK