Conservation Biologist, Dr. Jessica Hardesty Norris, examines another shortcoming of the standard cost-benefit analysis: its failure to fairly protect and enhance the resilience of communities of color and neighborhoods with a history of under investment.

Coastal flooding is another in a long line of societal challenges that reveals the fissures created by our shared history of systemic inequality. Hurricane Katrina put a spotlight on the disproportionate exposure to coastal flooding among black people and communities of color in America’s deep south, and resilience as an ability to recover from disruption is clearly and intuitively linked to social and financial capital. This holds true across the globe, where poor people are disproportionately exposed to risks from climate change. This article examines one small piece of that equation—valuation and the cost-benefit analyses that inform policy decisions about coastal preparedness. 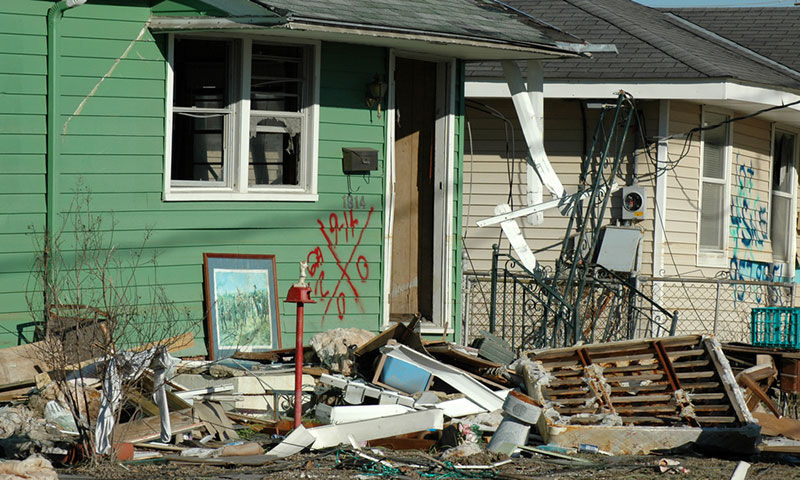 Climate-related threats to coastal communities overlap with social and economic barriers to place disproportionate risk on communities of color and neighborhoods with a history of under investment. Hazard and climate change literature is generally robust in terms of social vulnerability analysis relating community characteristics to coastal flooding and climate change stressors. Communities with high quality housing, strong social networks, and pervasive flood and health insurance are well documented as being more resilient. In emergencies, basic services such as nearby grocery stores and well-tended water infrastructure are specific predictors of a neighborhood’s ability to recover from flooding. Both social and biophysical factors put poor people at greater risk from flooding emergencies.

Given an unacceptable level of risk and the long-term costs of insurance and post-flood recovery and repair, coastal communities are facing urgent and specific decisions about how to safeguard against flooding and storms associated with climate change. Education, insurance, retreat, infrastructure investment, and coastal barriers of any design are the standard tools of preparedness. How and where we apply them shows how we prioritize people and places. Recommendations in the New York City Panel on Climate Change Report focus on tracking social vulnerability, involving communities, and implementing adaptation projects that consider community development to close the gaps in preparedness between neighborhoods. These factors can affect planning investments, but as we choose what to protect, the fundamental tool for local efforts and federally supported infrastructure projects is the cost-benefit analysis, which is flexible enough to reflect local social values but is usually applied via an unquestioned protocol based on replacing buildings and infrastructure that are vulnerable to flooding. Instead of reflecting a thoughtful decision about what we value, they often simply deepen the wealth divide between who is vulnerable and who is protected.

Protecting coastal populations is a monumental task, no matter what strategy is selected. There will never be enough funding to move entire populations of people and fully bolster infrastructure to prepare. Therefore, flood risk management must be prioritized, and the cost-beneﬁt analysis (CBA) is the ubiquitous tool that allows us to decide which projects are economically justifiable. The CBA is a hugely powerful tool, but its parameters are important. The four that caught our attention are 1) the scale at which it is applied; 2) the factors it  includes; 3) the manner in which it handles uncertainty; 4) the cost of the cost; and 5) how its output is used.

Scale is critical to how social inequity is addressed or exacerbated in CBA. Usually CBA parameters for housing values are smoothed over using average construction costs. So, for example, if similar and nearby houses have differing market values based on school ranking, that different won’t show up in the CBA. Construction costs and devaluation are modified according to some basic building features, such the material of the walls, but the orders-of-magnitude difference between a waterfront  vacation mansion and the modest residences a few blocks away is reduced by using average home and construction costs. Even with some smoothing based on using construction estimates in place of market values, CBAs are designed to prioritize centers of wealth and capital, which means doubling down on troubling investments if modern cities rely on historically poor choices in city planning such as placing valuable infrastructure on fill or in vulnerable areas. Especially when CBAs are used to prioritize protection at a small scale, they can encourage decision-makers to throw good money after bad, justifying costly projects because of high projected losses on land that simply shouldn’t have buildings. If they are used, scale needs to be considered in light of equity concerns.

Secondly, not all CBAs are created equal. A CBA can be constructed to place value on biodiversity or community infrastructure or any of a host of factors outside housing stock. We should be demanding that they incorporate broader community values.

In addition, uncertainty is inherent to any CBA, as it is based on modeled assumptions. CBAs could be constructed and considered to allow the uncertainty to carry through to a final number, which would result in a range of values rather than one fixed integer. In addition to allowing decision-makers to better understand the judgement calls that factor into a CBA, this could allow additional factors to have more weight. Though that introduces just the sort of politicking that relying on a CBA is designed to circumvent.

Thus far we’ve been talking about the calculating benefits in terms of avoided flood damage. Usually the cost is simply the taken to be how much it takes to build and maintain a protective intervention. But what if that intervention blocks views and stifles a city? The cheapest possible intervention that blocks floodwater works out best for a standard CBA. Nature-based designs are rarely going to compete in a CBA unless we start to value our views and habitat and sense of place alongside housing stock.

Finally, how decision-makers use the CBA is also important.  Will it be a factor in setting policy or will be it the determining factor, which cannot be modified by other considerations? Thanks to the 1936 Flood Control Act, for USACE projects, the CBA is a “strict” decision rule, that acts as the ultimate arbiter of policy choices. The Natural Resources Council points out three reasons that a CBA should not be in this role: (1) equity considerations are not addressed by maximizing the difference between total benefits and total costs, (2) benefit and cost estimates may contain significant uncertainties, and (3) money cannot represent all important social costs.

Emerging literature is challenging the CBA status quo to incorporate more progressive ideas and broader concepts of value. For example, a social welfare approach to CBA that focuses on utility or well-being rather than money could be the final measure of the value of a project. The answers are not yet here, but given the urgency of the problem and the fact that the status quo exacerbates inequity, this conversation needs much more attention, and it needs it now.

(see Resources section for further reading on this topic)