Biohabitats shares in the grief and is devastated over the senseless and brutal murders of George Floyd, Breonna Taylor, Ahmaud Arbery, David McAtee and the many more black lives that have been lost to police brutality, systemic racism, and blind neglect. We extend our sincere condolences to their families and to all who are in mourning and outraged over the clear disregard for black lives. Biohabitats has not done enough. We are committed to doing better. We will strive to listen, learn, amplify, support, and fight for equity and justice.  We will explore ways to continually take action that amplifies the voices of the black community and other minority groups—action that confronts racism and inequality, demands justice, and restores communities.

No hippo-cracy in this New Zoo Exhibit

The Fresno Chaffee Zoo’s new African River exhibit, which will feature hippos, Nile crocodiles, and African birds, is well aligned with its mission to inspire wonder of the natural world, engage people in a  learning environment, and create a passion for conservation. In addition to including grazing habitat for the animals and a spectacular underwater viewing area for visitors, the exhibit’s hippo and crocodile pools will have a nature-based, water-efficient filtration system that includes a series of constructed wetlands. We are just beginning schematic design for the wetland systems, which will serve as beautiful landscape amenities while they recover backwash from the water filtration systems that would otherwise be flushed into the city sewer system. For more information about this project, contact Erin English. 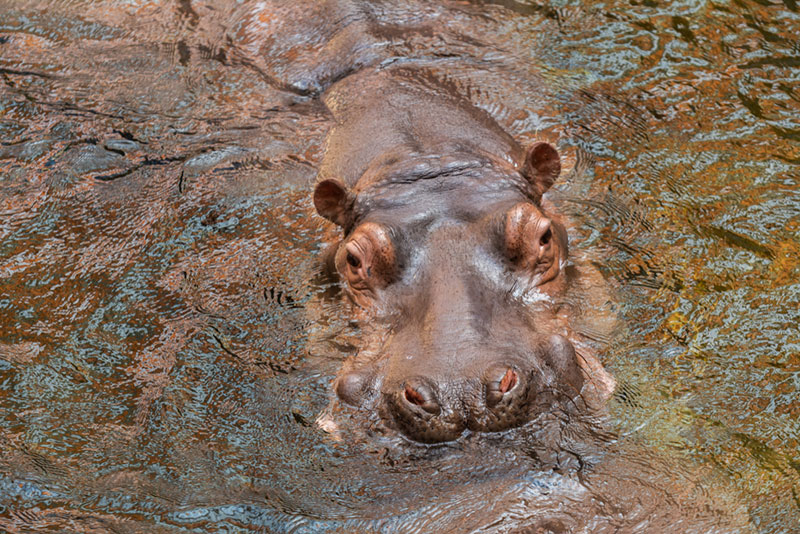 Brooklyn, Ohio’s Veterans Memorial Park, located just behind City Hall, is one of the city’s largest recreational sites. Flowing through the park is Stickney Creek. When stormwater from surrounding development began eroding the creek to the point at which gabion baskets along its banks began collapsing, the City of Brooklyn recognized the need to develop a more resilient solution. Last month, the West Creek Conservancy selected Biohabitats to help the city design and construct a nature-based restoration that will not only stabilize the creek but also enhance its habitat, ecological function, and recreational opportunities. We are thrilled to work with the City of Brooklyn to regenerate more than 2,500 linear feet of this natural stream system. For more information about this project, contact Kevin Grieser.

Since its settlement by the English in the late 17th century, the peninsular city now known as Charleston, South Carolina has been heavily fortified by walls. Given the settlement’s location on Charleston Harbor, an inlet of the Atlantic Ocean formed by the confluence of the Ashley and Cooper Rivers, these bulwarks offered important protection during times of conflict such as the Revolutionary War. But today, Charleston’s coastline faces challenges of a different sort: rising sea levels and increased storm surges. To address these challenges, federal officials are proposing to construct a nine-mile seawall at 12.0’ elevation around much of the city. The proposal for the wall, which was released earlier this spring by the U.S. Army Corps of Engineers (USACE) is accompanied by an estimated price tag of $1.75 billion, which would be split between the federal government and the City of Charleston.

During the USACE open comment period, Biohabitats took action, quickly assembling a world-class team including DesignWorks, One Architecture & Urbanism (ONE), and ATM, to create Imagine The Wall. Imagine the Wall is a visionary approach that compellingly invites decision-makers, public officials, and the community to envision a different type of coastal fortification-one with a nature-based design approach that considers not only storm surge protection, but sea level rise and stormwater management.

Nature-based solutions for perimeter protection of Charleston ©ONE

“It’s a whole systems approach to living with water,” Biohabitats president Keith Bowers pointed out.  “We started with the idea that nature-based solutions – living shorelines, horizontal levees, living breakwaters, green stormwater management – had to set the foundation.  Nature is regenerative.  Nature adapts.  Nature builds resiliency.  We then layered in the engineering and context sensitive design elements to ensure that the various elements would both protect and strengthen the City’s unique cultural heritage. 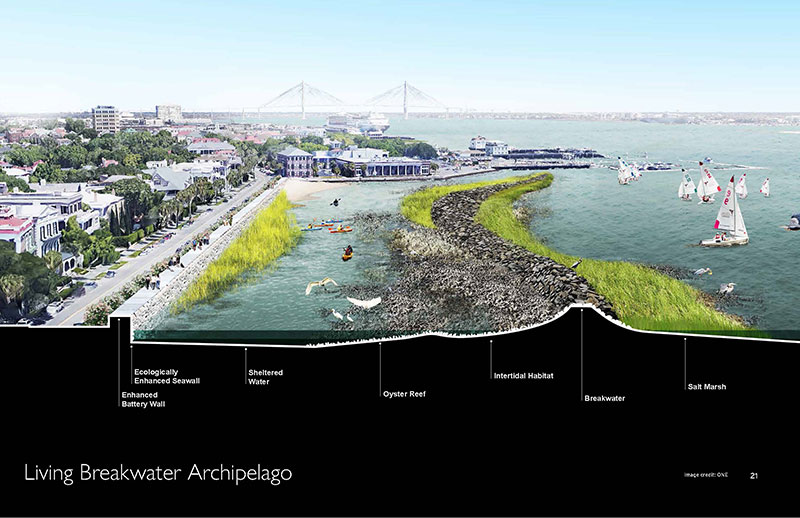 The recently completed Dutch Dialogues Charleston reminds us that “Charleston’s long term survival will, in a large part, be determined by how the community manages its flood and sea level rise risks.”  Now is the time to imagine a future for Charleston where nature is not only a celebrated feature of the Lowcountry, but also of the City’s approach to a changing climate. For more information about this exciting effort, visit imaginethewall.org or contact Keith Bowers.

In April, we launched “Wednesday at the Watering Hole,” a webinar series in which we share strategies for resilience, tell stories, answer questions, and exchange thoughts and ideas about all things water. Next up in the series is “Living Infrastructure: Green is great, but alive is even better,” on July 1 at 4 pm EST. In this free webinar, Senior Water Resources Engineer and Eastern Bioregion Leader Jennifer Missett will discuss what is possible when we expand our definition of green infrastructure beyond stormwater management. She will also answer your questions about this topic. Space is limited, so be sure to register soon!

Videos of past webinars, which have explored topics such as Water. Equity, and Ecology in Urban Planning, Sand Seepage Wetlands, Biohphilic Design, Stream Restoration Innovation from Earth’s First Ecological Engineer, and Composting Toilets, can be viewed on our website.

The Ecology plus Design (E+D) program at Penn State is a collaborative of designers and ecologists who undertake research activated design intervention that improves the ecological health of the designed world. Earlier this month, Keith Bowers was featured, along with Design Workshop’s Emily McCoy, on the E+D podcast in a discussion about the state of ecology and design in landscape architecture, as well as the overarching issues of biodiversity and climate change. Want to know what Keith and Emily think practitioners can do to address the issues of biodiversity and climate change? Listen to the podcast find out more.

Senior Engineer and Practice Leader, Erin English, will present “Design for Ecology” at the AIA Austin Design Excellence Conference, which will be held virtually August 19-21. Click here for details about this online event. Erin is also on the agenda for the 35th Annual WaterReuse Symposium, which will held online September 14-16. Erin will present “Thinking Like Water: Striving Toward Net Zero Water in Arid Projects and Beyond.”

We are honored to sponsor the Ohio Stormwater Conference, which will take place August 26-28, 2020 and will still take place at Kalahari Resorts and Conference Center in Sandusky. Senior Environmental Scientist, Tom Denbow will virtually present a talk about  strategies and actions to restore water quality in the Sandusky Bay, which has been altered by sediment and nutrient loads and  shoreline hardening. Tom will discuss the role of coastal wetlands and nature-based shoreline restoration in assimilating and reducing nutrient loads

How can the planning of a city’s development be structured around a framework of ecology? Find out later this summer when Senior Landscape Ecological Planner, Jennifer Dowdell will present a webinar series on this very topic. Keep an eye on your inbox and our social media channels for an announcement with more information!

The black and white illustration on the “In This Issue” page of Leaf Litter Quarterly was contributed by Max Weker. Max is a rising junior at Maryland’s Carver School for Fine Arts and Technology, where he studies fine art and nurtures his interest in environmental science. Do you know a young person who would like to contribute writing or art to Leaf Litter? If so, contact Amy Nelson, Leaf Litter editor, for more information. 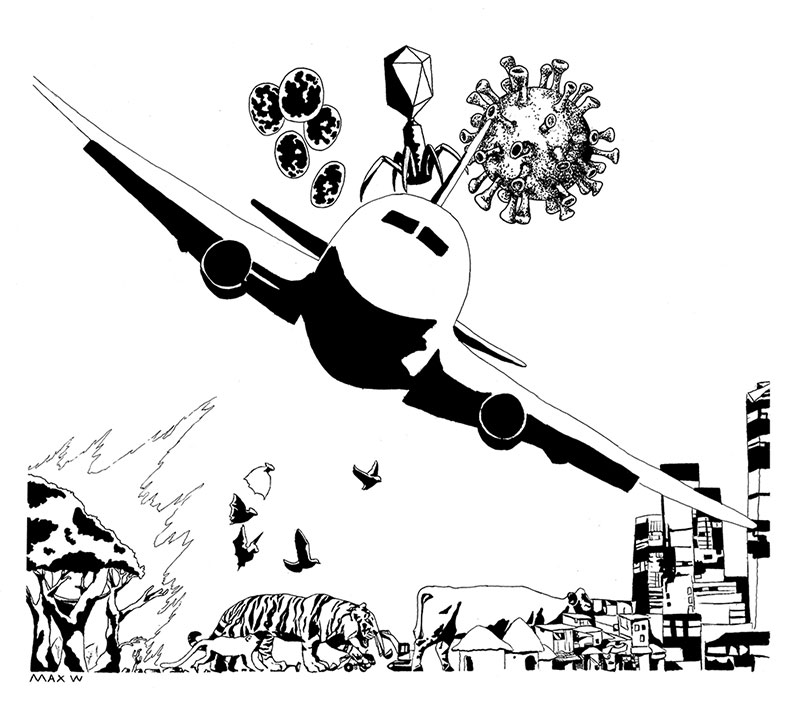 As a company dedicated to restoring ecosystems, conserving habitat, and regenerating the natural systems that sustain all life, Biohabitats understands the need for the continental-scale wildways. The Rewilding Institute is an institute dedicated to advancing continental-scale conservation in North America. We see ourselves aligned with the Rewilding Institute not only in mission, but also in spirit. We are therefore proud to support its important work, including the on-line publication Rewilding Earth and the organization’s annual best-of anthologies. We’re happy to announce that Rewilding Earth Best of 2019 is now available. 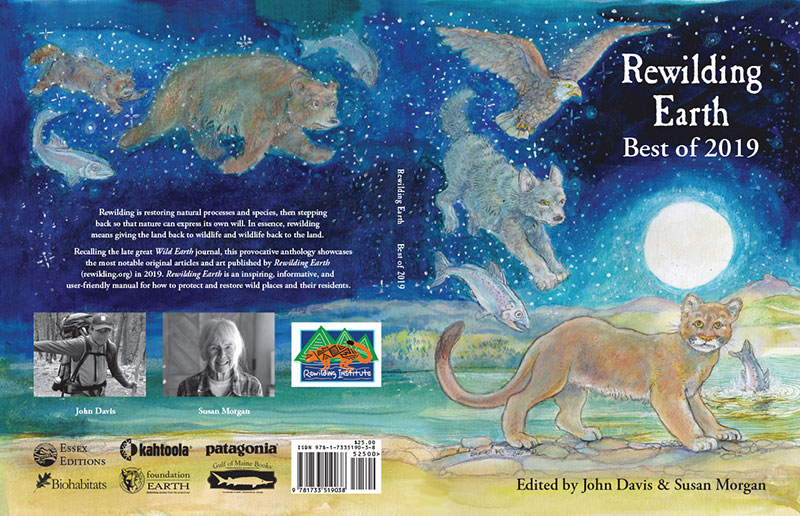