A review of The Reindeer Chronicles and Other Inspiring Stories of Working with Nature to Heal the Earth, a book by journalist Judith Schwartz.

Of late it feels like we are on the precipice of something quite dire, for humanity and for nature. Witnessing Russia’s ongoing war of aggression against Ukraine (now in its fourth week), one can’t help but see all the connections that this conflict and others across the globe have to the control and commodification of nature: freshwater for sustenance, our waterways for transport and access, fossil fuels and precious metals buried deep below the surface, and the agricultural lands we rely on to feed our families, to name just a few. In the case of Ukraine, like others before it, the impacts of the occupation are being felt far beyond the borders of a sovereign nation. Each of us feels the pinch, and shoulders a responsibility, due to our reliance on extractive industries to fuel our cars and our economies.

Meanwhile we seem to be missing the glaring and simple truth that this reliance has continually led to conflict, political and social instability, and continuously degraded landscapes further fueling climate change. We are veering ever closer to collapse. But we have the tools to change the narrative. 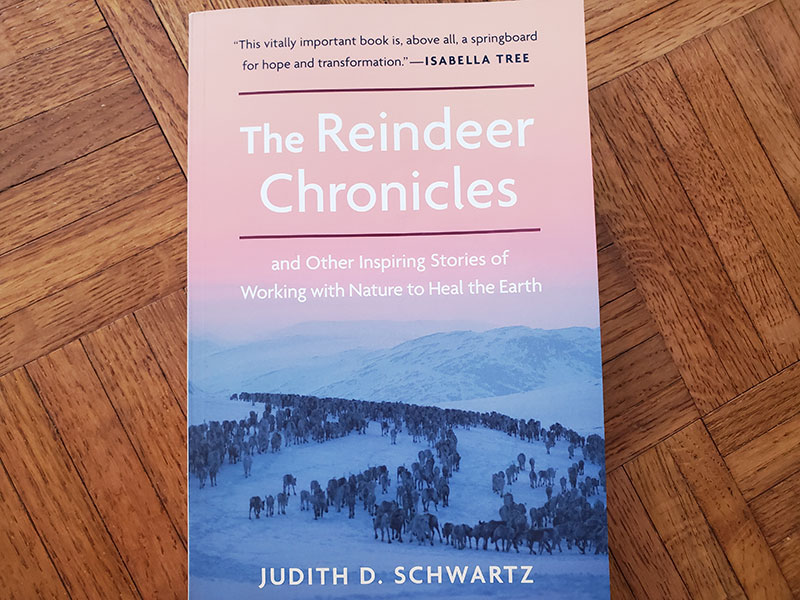 In her new book, The Reindeer Chronicles and Other Inspiring Stories of Working with Nature to Heal the Earth, journalist Judith Schwartz presents an impressive depth of evidence from large- and small-scale ecological restoration projects that have altered the trajectory of climate and community, while building in resilience to change and strengthening economic stability. This is Schwartz’s third literary foray into examining the symbiotic relationships we can cultivate with nature, following on her previous works, Water in Plain Sight and Cows Save the Planet. It does not disappoint.

Schwartz brings a unique voice to her environmental journalism, layering her detailed reporting with personal reflections. Through a series of case studies, she chronicles both what we as a global community are being called to do as well as her own changes in perspective wrought by this reporting.

In The Reindeer Chronicles the reader is taken on a cross-continental journey to see the fruits of ecological restoration at varying scales, while learning many of the fundamental themes that unite and inform a foundation for broader and even more comprehensive applications. Schwartz starts with the incredible story of filmmaker turned ecologist, John Liu, whose work chronicling the Loess Plateau restoration led to his becoming intimately involved in similar large-scale restoration projects around the globe. Due to generations of uncontrolled grazing and farming in what was known as the birthplace of Chinese agriculture, the Loess Plateau—an area almost the size of the Netherlands—had become a barren desert landscape. Annual rains would wash away the loess, leading to half a billion tons of soil and sediment flowing into the Yellow River. After consultation with a variety of hydrologists and geologists, and conducting what Liu describes as ecological forensics, the government embarked on an historic restoration, removing grazing from the slopes (and compensating farmers for this change) while building a series of check dams and terraces to hold the water and allow nature to rebuild itself. Incredibly, with these simple techniques applied at a broad scale, the landscape rebounded in just a few years, and the community and economy with it. 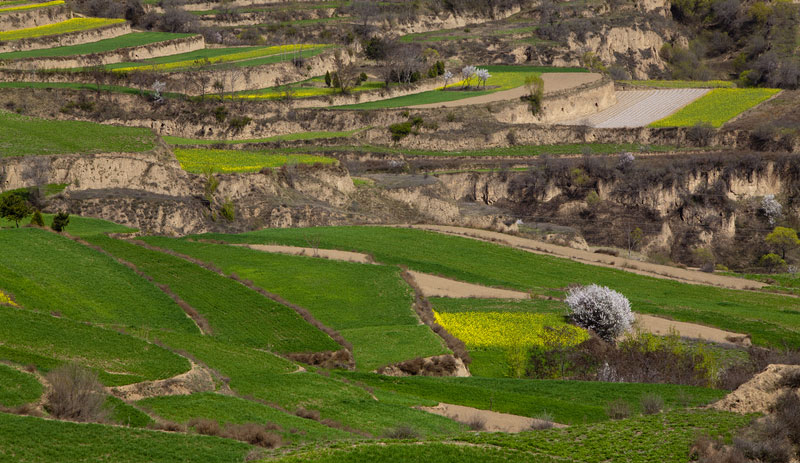 This first example is one of many that Schwartz describes, introducing us to an international coterie of scientists, engineers, community members, activists, and governments who have been working together to effect similar change in desertified landscapes around the world. She takes the reader from China to the Bedouin lands of Saudi Arabia, Jordan’s Dead Sea Valley, ranchlands outside of Albuquerque, New Mexico, former sugar plantations on the island of Maui in Hawaii, and the Almeria province in the “badlands” of Spain.

In every story, we witness a deep examination of ecological, social, and cultural history as the groundwork for innovative approaches to regeneration. We are also reminded repeatedly of the interconnectedness of our regional climate regimes, land management decisions, soil hydrology, and plant palettes, and how subtle shifts in each of these can result in lasting change. For John Liu, three essential outcomes emerged that need to be continually supported in all ecological restoration efforts: (1) increased biomass, (2) increased soil organic matter, and (3) increased biodiversity. These are the basis, in his experience, for “processes that create, constantly filter, and continually renew the atmosphere, the hydrological cycle, and soil fertility, as well as nurturing diverse life forms.” 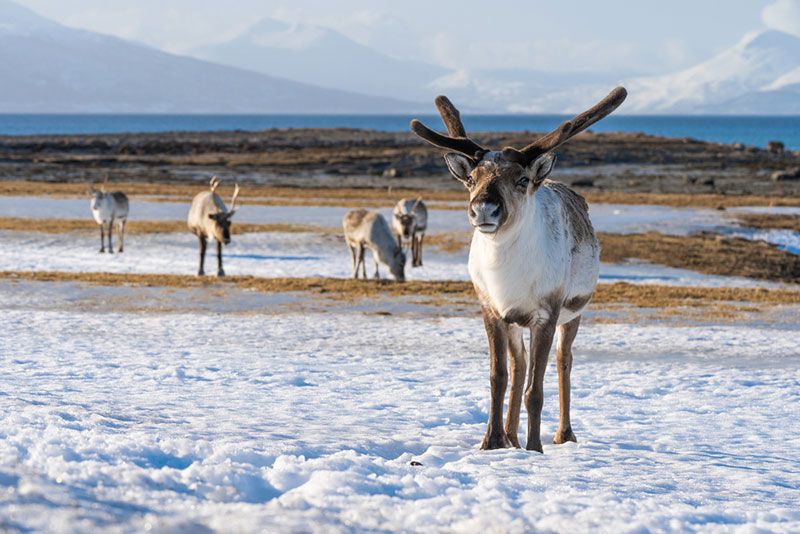 Another underlying theme that Schwartz returns to again and again, is the importance of listening to and amplifying the voices of those who have stewarded the land historically, especially indigenous communities. The story of the Sámi people’s struggle to maintain their cultural practices is the book’s heart, highlighting the many competing forces at play. It follows the court case of a young Sámi reindeer herder named Jovsset Ánte Sara, who challenged the Norwegian government’s limits on grazing herds on the traditional lands of the Sámi in the Arctic Highlands. The Government had ordered a culling of his herd to meet strict rules on herd size. He argued that this was cultural extermination. While the government’s argument is that large herds are ruining the sensitive environment, many scientists counter that the reindeer are actually keeping the region cooler through their grazing, supporting the stability of permafrost among other things, which is a major concern in climate change models. Schwartz highlights what has been identified as a contemporary and more devious example of new colonialism “in which the infringement on autonomy and land access of indigenous peoples is often more subtle than it has been historically, but equally disruptive.” While the government claims they are speaking for the impacts to the ecology of the highlands, others note that these same lands sit atop vast reserves of copper, precious metals, and oil that the state may see as crucial to their economic vitality. 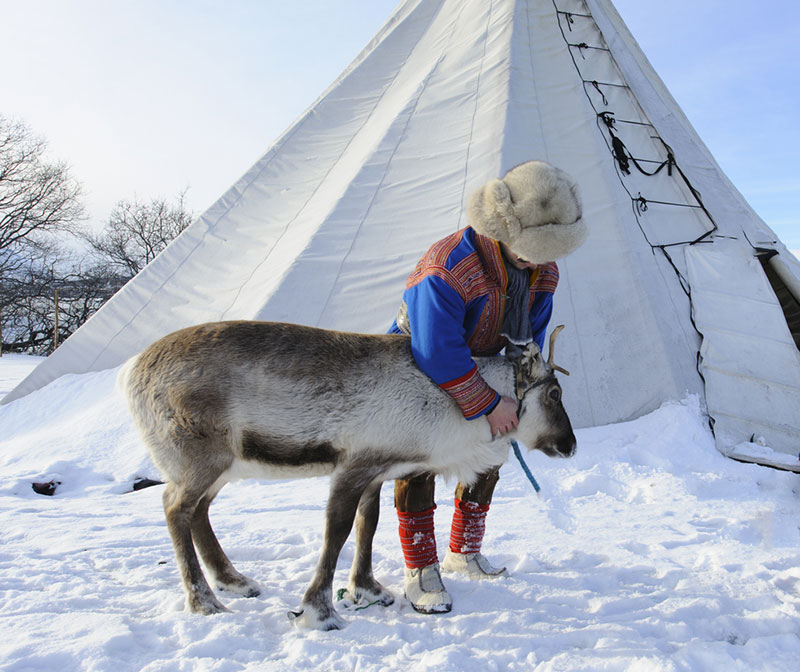 The book brings to light many such stories of tensions between outdated economic models of yesterday and the climate change impacts that will seal our tomorrows if we do not change our perspective and adopt a new more regenerative approach to our economy and governance structures. Schwartz makes the compelling argument that our future depends upon us shifting our thinking toward approaches born out of ecological knowledge. Many of us who are deeply involved in this work might scoff and say, “Yes, we’ve heard it all before,” but these stories and the details that she lays out for their successes are further reminders of mother nature’s boundless knowledge if we are willing to listen.

The Evolving Practice of Ecological Restoration Along the Nation's "Other" River