Finding the Wild in Our Cities

Ecological planner/designer and urban dweller Jennifer Dowdell discovers the thrills of Finding the Wild in our Cities.

With sudden urgency I am wrested from a deep sleep by a terrifying shriek that shatters the quiet. The cry repeats every few seconds, coming closer and closer. My heart is racing. I rise from bed, lean my face against the frigid window and try to catch a glimpse of whatever is making this noise, but I see nothing. Another blood curdling scream pierces the night and then another, quieter now as it retreats. No, it’s not some demon or otherworldly assassin – too many late nights watching reruns of Buffy the Vampire Slayer. It’s a red fox (Vulpes vulpes) and it has begun its annual midwinter mating ritual. 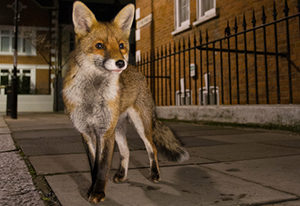 The first time I heard this call from the safety of my apartment in a Baltimore rowhouse I could not believe the racket, or the fact that they were out there doing their thing in such an urban environment. While I have grown accustomed to the near constant din of sirens and cars on my busy street, the midnight call of the red fox is always a bit of a shock. I am at once startled by its shrieks and amazed that we have not completely lost the wild in our cities, due in no small part to the fact that there are still some areas of forest and open space available for these animals to survive.

We have dramatically disturbed the habitats of many creatures with the continued growth of our cities. Chief among the effects of our development practices and patterns is the destruction and fragmentation of forest, an important habitat for a wide variety of wildlife species. And yet, many species persist and many more are finding ways to cohabitate with us, which is a good thing.

We can all probably list a handful of species that we would easily identify as urban wildlife: various birds, raccoons, rats, skunks, opossums, pigeons, and increasingly, deer. These are not always the most loveable critters and in some cases they have even become a bit of a nuisance. Their populations may have swelled because we’ve wiped out the habitat of many of their predators or because they now thrive in parallel with our own lives (eating our garbage, finding shelter in our homes, or stealing the food we leave out for our pets). 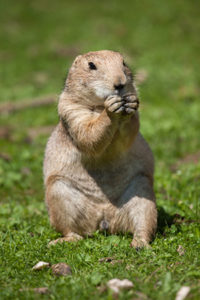 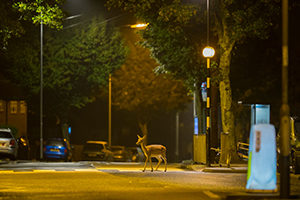 But some lesser known creatures have also made homes in our cities. Many of them are a bit more elusive, but they are finding ways to survive and even thrive. Some are even providing underappreciated benefits to our human communities. In Denver, Colorado the black-tailed prairie dog (Cynomys ludovicianus), a species known as a grassland animal, has become a prominent member of the urban community. In Washington, DC’s Rock Creek Park the coyote (Canis latrans) has become common-place. In Los Angeles, CA and the surrounding Hollywood Hills, resident mountain lions (Puma concolor) are successfully crossing highways to find mates. Beavers (Castor sp.) are in the Bronx River in New York, wild boars (Sus scrofa) roam the streets of Berlin, Germany and a new species of leopard frog has been found in Staten Island, NY. A rare yellow-crowned night heron (Nyctanassa violacea) colony has taken up residence in a park in Harrisburg, PA and yellow-bellied marmots (Marmota flaviventris), which are usually found in western high elevation meadows and rocky fields, have been spotted in Seattle, WA.

Our urban forests provide critical support to wildlife. Individual trees offer nesting spots and perches for hunting, food, and shelter. Forests provide habitat connectivity, refuge for species impacted by urbanization, and a way for us to know and see wildlife on a daily basis, increasing our appreciation of the connections we have with the natural world.

But the benefits of urban wildlife extend beyond the wonder we feel when seeing these creatures. Many of them are part of a complex food web that provides ecological checks and balances in our community, including predator-prey relationships that help control nuisance critters (like rodents) and disease vectors (again, rodents, and mosquitoes). Bats living in our urban woodlands feed on mosquitoes. A recent report on NPR examined the ever-growing presence of tick-borne illnesses, such as Lyme disease, which are reliant on growing populations of mice, not only in forests outside the city but in and around woodlots and fields in our urban areas. It’s possible that if these species were held in check by a more robust predator population we’d have less to worry about. But it isn’t even as dramatic as that. A typical clutch of chickadees (Poecile sp.) requires a diet of 7,000 – 9,000 insects, found in trees and shrubs in forests and woodland lots. A single oak tree (Quercus sp.) can support up to 500 species of insects and invertebrate species.

Urban wildlife may also have something to teach us.

Many successful urban wildlife species, like the fox, are generalists and ominvores. The fox mainly hunts small mammals (mice or rabbits), birds and reptiles, but will also feed on fruits, berries, seeds, or fungi, as well as the occasional dog or cat food sitting on a porch (you might want to consider changing the location of your pet’s food). They are known to be flexible and resourceful, the definition of a resilient species. Foxes often live in parks and woodland edges, like my neighbor, whom I believe lives in a wooded spot tucked into a wide boulevard nearby. 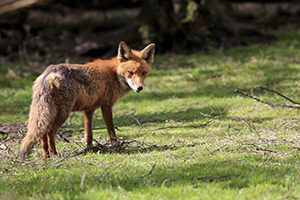 Many scientists are studying wildlife in our cities to better understand their response to urban development. Seth Magle, a wildlife researcher in Chicago, wrote a few years ago that the “city is the fastest growing ecosystem on the planet.” It behooves us to understand how these systems function and evolve with the constant pressures of human development, climate change, and changing conditions and to appreciate that we are not alone in these spaces. Magle is part of the Lincoln Park Zoo’s Urban Wildlife Institute, which has set up monitoring stations in Chicago’s city parks, forest preserves, golf courses, and cemeteries to gather data on wildlife behavior and population dynamics. 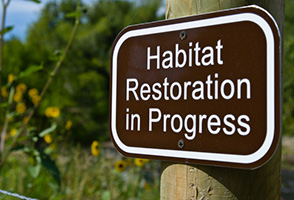 A sign of hope in the City of Fort Collins, CO

The US Forest Service has also recognized the value of urban wildlife, noting that protecting and restoring habitat in our cities and suburbs is a vital component of wildlife conservation, stressing that local conservation and restoration efforts can provide important benefits. Forest Service scientists are studying animal behavior and habitat modeling to determine how urbanization can best meet the needs of wildlife while meeting the needs of the human community.

While we may still be drawn to exploring the wilds of the open spaces outside of our cities, it is worth remembering that we share our cities with a pretty intriguing community of critters too. And we have a responsibility to help steward our urban natural lands. If you are a city-dweller I urge you to keep your ears and eyes open. You just might witness fascinating rituals and behaviors of creatures in places you least expected!

To hear the calls of mating foxes check out this link. For more information on urban wildlife, see the resources section of Leaf Litter.