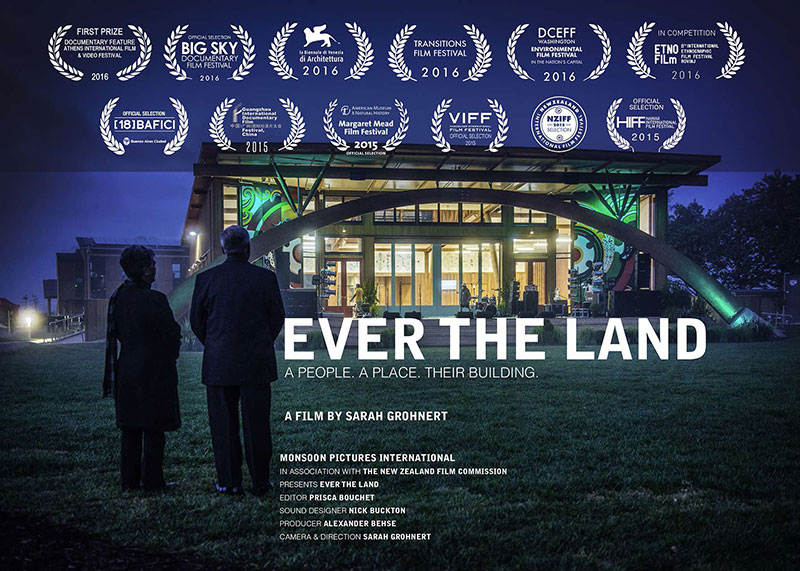 Ever the Land- A people, a place, their building

The new documentary, Ever the Land, by writer/director Sarah Grohnert is a quiet meditation on the design and construction of New Zealand’s first-ever Living Building and perhaps the world’s first designed specifically for an indigenous group. That is, however, just one layer of a deeply moving chronicle of the Ngāi Tūhoe tribe of the Maori and their struggle for recognition, respect, and reparations from the New Zealand government after over 150 years of struggle.

“Let these words guide our way to a greenstone door (he tatau pounamu), which looks back on the past and closes it, which looks forward to the future and opens it…”

In the construction of the te wharehou, or tribal headquarters in Taneatua in the Bay of Plenty, the Ngāi Tūhoe dream is made a reality. The building is to be a beacon for tribal members, a symbol of their relationship to their ancestral lands, and an outward reflection of the stewardship practices at the core of their traditions (tikanga).

But even that is not as straightforward as one would assume. There is a constant tension at play between the white (pakeha) designers and the tribe as the consultants learn the intricacies of the tribal engagement process. The tribe, too, must learn and understand the very strict limitations associated with the Living Building Challenge (LBC), including the sourcing and use of specific nontoxic materials, the practices of construction and waste management, and the very detailed annotation required throughout the entire process. There is palpable tension even within the tribe, and it becomes apparent at a variety of events and meetings, where emotions run high, as individuals express concern about the cost of the building versus the unmet needs of tribal members across the region.

This film does not overwhelm the viewer with explication but rather allows the story to play out, following the timeline of the LBC process from community engagement and conceptual design through to construction and final dedication, replete with traditional ceremonies and celebrations. 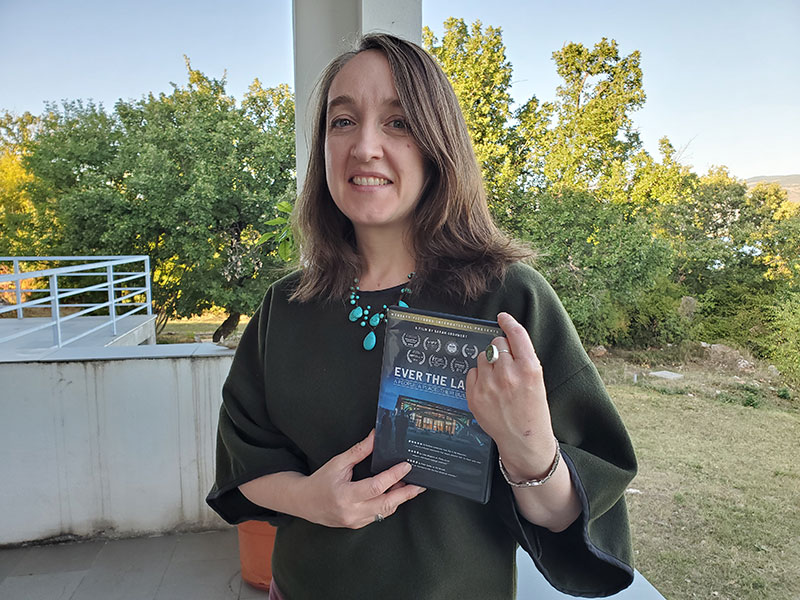 The viewer is gradually introduced to the immensity of the issues at stake in the highly controversial decision to develop the Living Building at a cost of $15million NZD – an enormous sum for a community that also faces many economic challenges including widespread poverty, lack of decent housing and local services, limited jobs, and decades of inequality and abuses at the hands of the Crown (the national government of New Zealand). Beyond the strict environmental standards of the LBC, the building must also respect the specific requirements of the tribe (including an area for animal processing and other ceremonial needs) while responding to generations of community and national politics with nuance and delicacy.

In a wonderful coincidence, the Ngāi Tūhoe – the children of the Mist – are also in the last stages of securing the return of their ancestral lands (the Te Urewera forest tract and the rivers of Rangitāiki, Whirinaki, Tauranga, and Ōhinemataroa), as well as financial reparations for years of government “scorched earth policies.” Through Grohnert’s deft storytelling we see the constant interplay between the daily life of the Ngāi Tūhoe people, who work the land and struggle to make ends meet while continuing rich cultural traditions grounded in relationships with the land, family, and community, and the dark history of the Crown’s abuse of the tribe.

“No one owns Te Urewera – not the crown, not Tūhoe”

In one of the film’s pivotal moments, a tribal elder leads students on a hike into the Te Urewera forest and reminds them of the story of Tōtara, the tree of Tāne (god of the forests and the birds). The elder states very matter-of-factly that even as their tribe is finalizing this long overdue historical settlement to return ownership of the forest to the Tūhoe people, “We had it all the time; it never ever left us.”

In a scene that follows, one of the leading tribal representatives speaks of the tension between Western concepts of ownership and the traditions of the Tūhoe, a culture where the prosperity of the land comes first. “When the land is prosperous then the community is prosperous as well,” she says, “the people, the culture don’t survive when separated from the forest.”

As the building sees the finishing touches the night before its dedication, we witness the same woman quietly acknowledging the immensity of the moment. As she wipes tears from her eyes, she notes the simple beauty of the building. For a people characterized not only as strong and rugged, but also rough, ragged and unkempt, she says, “This is such a big deal.”

From this moment, Grohnert cuts to a shot of the landscape, where a thick mist rises, accompanied by the sound of native bird calls. We then hear the official Crown statement being read:

“To the iwi of Tūhoe, to the tīpuna, the descendants, the hapū and the whānau. The Crown makes the following long overdue apology: The crown apologizes for its unjust and excessive behavior and the burden carried by generations of Tūhoe who suffer greatly and who carry the pain of their ancestors. Despite the hardship, the Tūhoe and Tūhoe tanga endure. Your culture, your language, and identity, that is Te Urewera, are indistinguishable. Through this apology and settlement, the Crown hopes to honestly confront the past and seeks to atone for its wrongs. The Crown hopes to build afresh its relationship with Tūhoe and that this new relationship will endure for current and future generations. Let these words guide our way to a greenstone door…” 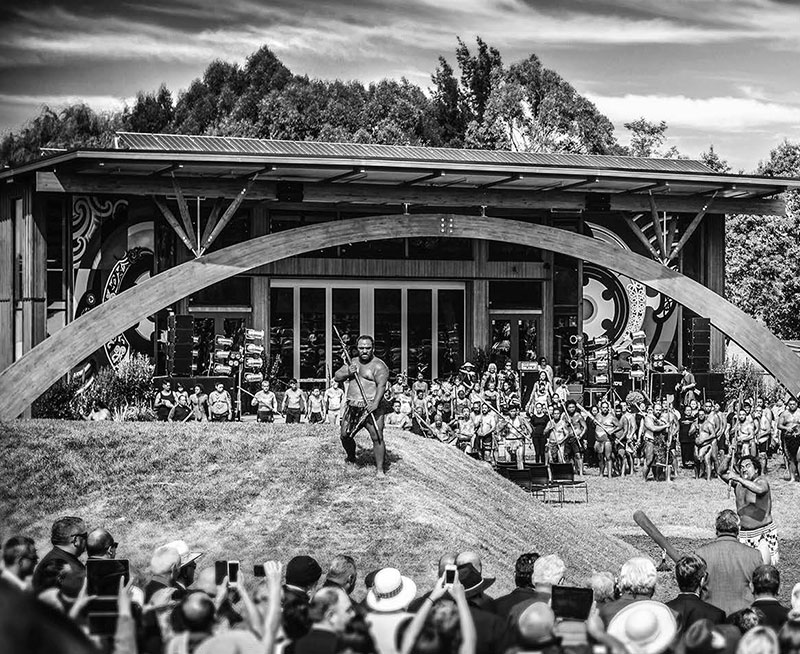 What follows is the final dedication of this incredible building, a testament to a people resilient in the face of much adversity, a symbol of their deep and enduring relationship with the natural world, and a sign of hope–that change is possible, that healing can begin, and that mindful and sustainable design can be done in a way that demonstrates true resilience. 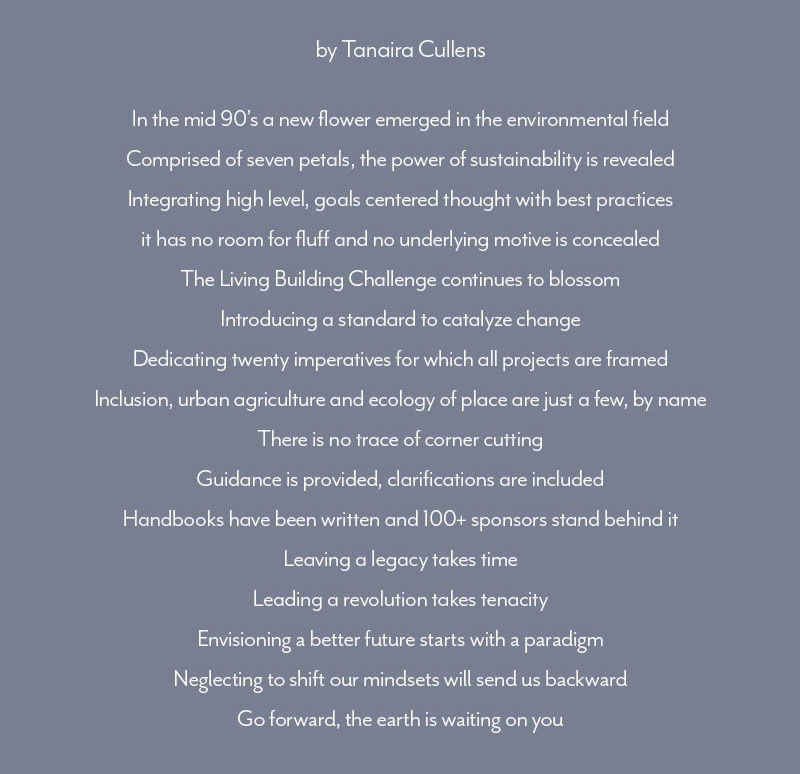