A review of biologist Aaron Hirsch’s exploration of human impacts on the Sea of Cortez, and the deep connection between people and place.

Most of my work is focused on the land, contemplating patterns I see in the landscape and designing for enhanced ecosystem services and better ecological function in development and redevelopment projects. While water is a key consideration, it is mainly the relationship to the waters that interface with the land, not the more vast seascapes that dominate the global village we belong to. For many of us we are only aware of a small fraction of the rich diversity that underwater ecosystems hold – these gorgeous and exhilarating seascapes that provide a catalogue of evolutionary history.

I clearly remember the evenings I spent as a child, tuning in with my parents to watch NOVA or National Geographic specials hosted by the likes of Jacques Cousteau and Eugenie Clark (“the shark lady”), for grand underwater adventures, featuring all sorts of creatures in places we could hardly fathom. For a time I was convinced I would grow up to be marine biologist- so enchanted was I by the mystery of the marine environments and creatures like the manatee and beluga whale.  Our hosts had made it their life’s work to tell the story of the seas, to bring so many of us to places we might never venture to and help us appreciate the beauty and serenity and richness of the ocean’s living depths.

My own trajectory was to be a landward one, but my love for the sea and its incredible diversity of creatures has never diminished. In recent years, I have come across a handful of incredible writers who have taken documentary-style storytelling and delivered it in the form of engaging and inspiring narrative prose, weaving together beautifully detailed descriptions of deep sea ecosystems and their residents.

In Julia Whitty’s 2007 book, The Fragile Edge, she takes readers into the depths of the South Pacific’s vast collection of atolls, reefs, and lagoons. Sharing her wonder for these far-flung places and just a taste of the diversity of wildlife found therein, she beautifully evokes the experience of diving in diverse underwater ecosystems.  Her narrative also contains a weightier agenda, one of caution, a plea for conservation and consideration for better landward practices, to halt the mass extinctions occurring at an alarming rate below the surface and preserve these underwater stores of biodiversity. 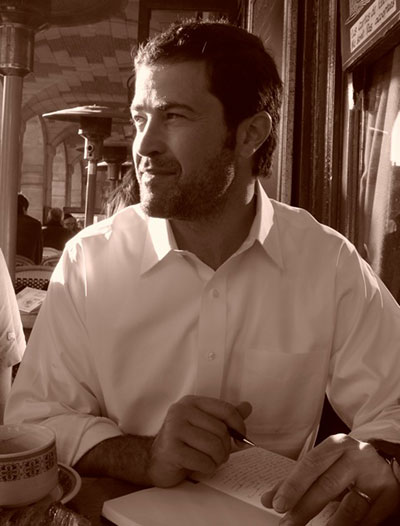 Biologist, Aaron Hirsh’s new book, Telling Our Way to the Sea: A Voyage of Discovery in the Sea of Cortez, is the latest nonfiction work to enrich the science writing genre, delving into the deep mysteries of marine ecosystems and providing a meditation on what we have, what we have lost, and the unique role of humanity in both the destruction and the potential for preservation. His is a richly detailed narrative centered around a yearly summer field course on the Baha Peninsula in Mexico, which he teaches with his wife and fellow biologist, Veronica Volny, and their friend Graham Burnett, a science historian.

The summer college course is used as a backdrop for a broader examination of ecological resilience, evolution, and the human role in resource extraction and conservation. The lens this affords us as readers is not only his as a scientist but also his students, a diverse group of young people who are diving below the surface of the Sea of Cortez for the first time – seeing it with wonder and curiosity.

Organized as a series of vignettes that chronicle the summer course from start to finish (including a near miss with a hurricane barreling down on the Baha Peninsula), each chapter focuses on a certain species of significance found in the Sea of Cortez, describing the inherent connections that one organism has to the whole.  From the sea cucumber to the fin whale, we are included in in-depth conversations that examine theories of evolution and adaptation developed over the last 3.8 billion years. While Hirsh’s narrative can, at times, be bogged down in the headier details of phylogeny and natural selection, it is interspersed with poetic prose describing the beauty and unique characteristics of each creature and their seascape home, as in this description of swimming with bioluminescent zooplankton and shrimp larva one evening:

“…Veronica sweeps her foot in an arc before her, making a trail of blue milky glow spangled with brighter, yellowish green stars. As we wade in farther, the glow follows us closely, our aura, and the stars swirl into galaxies churned by our movements. When we are in almost up to our waists, we sweep our hands through the water, carving a fleeting calligraphy of light.”

One of the most resonant themes within the book is not just the inherent connection we have to the sea and the multitude of creatures found within its depths, but that with each passing year the diversity of species is being depleted and we are hardly aware of what we are missing. Hirsh mournfully notes early on that “we live among the wreckage, yet we hardly notice that something has changed.” When his students marvel at the multitude of fish and other creatures they see on a dive he recollects the stories he has heard from just decades before, when the number and size of species dwarf today’s.  Even amongst the local fishermen he notes that awareness is depleted with each succeeding generation; stories of the diversity of available species turn to myth. 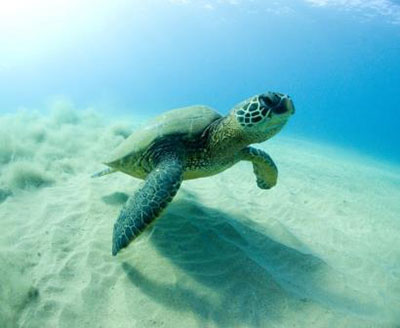 While the message is sobering, there is also hope. There are locals who are leading the crusade for more sustainable fishing and development practices in Bahia de los Angeles and neighboring communities along the Sea of Cortez. Antonio Resendiz, a native of the town, is a tireless grassroots environmental organizer and educator, campaigning for the sea turtles of the Sea of Cortez. They are an especially sensitive and increasingly rare part of the local ecosystem. He tells the story of the turtles to all who will listen, and to those who may not want to. By the end of the book we have been invited to be storytellers as well. It is up to each of us to continue to share these stories and find a way toward an “optimistic future” where we are each players in preserving and celebrating the diversity of life both above and below the surface.

Gray Area for the Gray Wolf

Mediterranean Sea: Biodiversity Hotspot, but Maybe Not for Long