Book Review: Voyage of the Turtle: In Pursuit of the Earth's Last Dinosaur by Carl Safina

In her insightful review of this 2007 book by award-winning author Carl Safina, Jessica Norris uncovers a key to reaching and motivating people when it comes to conservation.

Carl Safina’s book Voyage of the Turtle: In Pursuit of the Earth’s Last Dinosaur, is over 10 years old.  It chronicles some of the most important events in sea turtle conservation of the last half century: the rise of nest protection programs, the advent of bycatch reduction measures such as turtle excluder devices (TEDs) for trawlers, and the blossoming awareness that most sea turtle populations are sinking and need our help. The book marks a specific time both in the course of turtle conservation and in the writing career of Carl Safina. 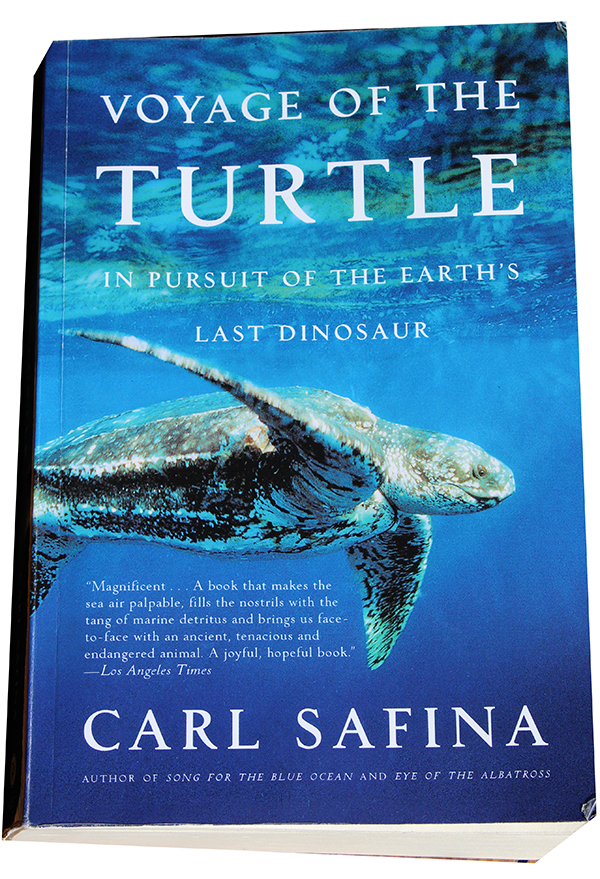 He chooses the leatherback as the primary vehicle for the book, tracing this ancient oddity of evolution across continents and oceans, chronicling its exploitation, the risks it faces on the open ocean, and conservationists who protect it. Along the way, he provides scads of biological detail that is fascinating to the interested reader. For example, leatherbacks dive deeper than sperm whales, and they therefore have a series of adaptations that can be considered warm-blooded. Their leathery carapace, which is unattached to the ribs or spine, can resist the pressure extremes of the deep ocean, forces that would crack a rigid shell.

The leatherbacks’ flexibility is literal and metaphorical as well—flexibility is the singular characteristic that allows such an animal to persist from the age of dinosaurs to today. On a global scale, the leatherbacks are so wide-flung, so fast-moving, and so incredibly large (the record-setting individual weighed in at 2000 pounds) that they have eluded many of the pressures that long ago extinguished their reptilian brethren from the Cretaceous period.

“They’ve learned something about how to survive in the world,” writes Safina. “And this, I think is part of it: they have settled upon peaceful career paths, with a stable rhythm.”

Such poetic interpretations of nature and our relationship to it are the hallmark of Safina’s writing. His descriptions are reverent and easy to sink into. They are beautiful when read aloud, an oasis-like backdrop to navigating traffic or hitting the gym, and they are powerful in silence, as the focus of a quiet evening. The book is also, perhaps, a work less of outreach than of communion. Safina might not reach much of the unsympathetic audience with this book.  As a reader, I am completely happy with this. I am, after all, firmly seated in the front row of the choir. I am eagerly supportive of an underlying theme echoed through many of his books, that our human over-use and abuse of these systems and creatures, when the evidence is compiled, is easily recognized as unreasonable. That thinking people and good institutions can do better to co-exist with marvels like these. 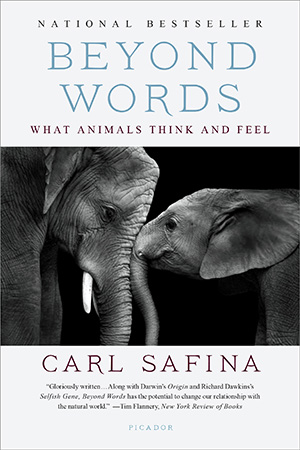 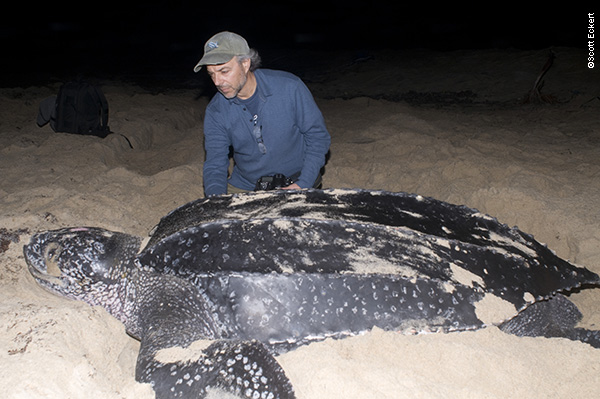 As I read, I found myself constantly drawing comparisons between this book and his latest, Beyond Words (for the cliff notes version, see this TED talk). I love to read about field adventures and meet people who make conservation happen. But as enthralled as I am to read about people like Sally Murphy, whose protégé Charlotte Hope now runs South Carolina’s Nest Protection Program, I am aware that, as a conservation biologist, I am the exact target audience for this work. This is quite different from his latest work, which is so broad as to appeal to anyone who has ever had or known anyone who had a dog.

Safina was raised on Long Island, which, in 1965, still retained a coastal and wild character that has since been eclipsed by development. He says that watching his childhood fishing grounds and neighborhood woods disappear was what drove him to conservation.

After earning his PhD from Rutgers in 1987, he spent the early years of his conservation career at the National Audubon Society. But his gift for writing was already apparent, and it was supported by a series of fellowships and grants, beginning with a Pew fellowship in 1991 and coming full blown with a MacArthur “genius grant” in 2001. He is so obviously someone who has thought carefully and worked long to share his message that we decided to pose the question to him. How do you think about your audience and your reach? He quickly replied:

“People care less about information than they do about values. We filter information and we act based on values… People care about the safety of their children, so I might show a mother albatross trying to feed her child and gagging on a toothbrush she has swallowed, the horror of which any parent and certainly any mother can relate to at least a little—certainly a lot more than a statistic about how many million tons of plastic is in the ocean.” 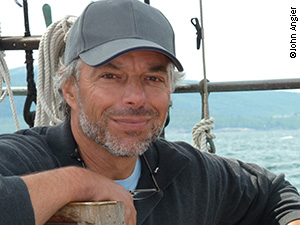 This philosophy is threaded through Voyage of the Turtle and a marked feature of his recent work. But he continued, in a laser-focused comment.

“Of course, many readers are already in the same choir,” he wrote, “That is not necessarily a bad thing. Preaching to the choir is the reason there are so many churches; it’s how faiths endure.”

And so, with the blessing and permission of the author, I can settle back into savoring the sequence of beach scenes and the conservation stories and the chronicle of the things that inspired him about these animals. I don’t need to fret about whether his book will reach or convert the masses. Safina told us that, as members of the choir, we deserve to just relax and enjoy.

“It’s not so much that I think animals have rights; it’s more that I believe humans have hearts and minds – though I’ve yet to see consistent, convincing proof of either. Turtles may seem to lack sense, but they don’t do senseless things. They’re not terribly energetic, yet they do not waste energy. Turtles don’t have the intellect to form opinions about greed, oppression, superstition, or ideology, yet they don’t inflict misery on themselves or other creatures. Turtles cannot consider what might happen; yet nothing turtles do threatens anyone’s future. Turtles don’t think about their next generation, but they risk and provide all they can to ensure that there will be one. Meanwhile, we profess to love our own offspring, above all else, yet above all else it is they from whom we daily steal.  We cannot learn to be more like turtles, but from turtles we could learn to be more human.  That is the wisdom carried within one hundred million years of survival.  What turtles could learn form us, I can’t quite imagine.”

The Voyage of the Turtle; In Pursuit of the Earth’s Last Dinosaur, (pages 136-7) Carl Safina, Holt Paperbacks, 2006