Where the Rubber Hits the Road: Grassroots Momentum

Across the globe, local communities and municipalities—including many in the U.S.–have begun to codify the rights of nature in the form of local laws and ordinances.

Imagine a place where the right of a river to flow, or a species to migrate, supersedes the rights of any corporation. Imagine a town whose citizens decide to state, in legal terms, that they value ecological integrity over economic gain. This may sound like a post-apocalyptic utopia, but such places are real, and every year there are more of them. Across the globe, local communities and municipalities—including many in the U.S.–have begun to codify the rights of nature in the form of local laws and ordinances.

There is no denying that Ecuador’s 2008 adoption of a constitution recognizing the rights of nature was monumental in the rights of nature movement. But the movement’s origins are grassroots, and that is where it seems to be generating the greatest momentum in terms of actually changing law.

“You may occasionally get a brave, state level politician to publicly support the rights of nature,” says  Linda Sheehan, Executive Director of Earth Law Center, “but it is much more difficult to [effect change in law] from the top down.” She ought to know. Since 2011, her organization has been deeply involved in both the advocacy and crafting of local law related to rights of nature, and she has been to the top. 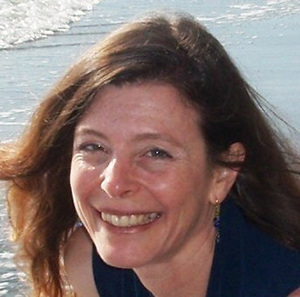 At the United Nations Rio+20 Conference in 2012, Sheehan and colleagues worked hard to get rights of nature language in the final report. “The people’s movements outside the closed negotiating sessions specifically called for nature’s rights, but the most we could get was language to the effect of ‘Some countries recognize nature’s rights in their laws’,” she paraphrases.

Getting language into international documents can still be a useful tool for local advocacy, but according to Sheehan, “Movements create their foundations at the local level and build up from there.”

Sheehan has seen success at the local level. Just two years ago, Earth Law Center was integral to the City of Santa Monica, California’s passing of a Sustainability Rights Ordinance which recognizes that “natural communities and ecosystems possess fundamental and inalienable rights to exist and flourish in the City of Santa Monica.”  With a Task Force on the Environment in place since 1991, and a Sustainable City Plan crafted in the 1990s, Santa Monica was clearly forward thinking in terms environmental protection. But the 2010 Citizens United U.S. Supreme Court ruling and its expansion of corporate power and personhood raised red flags for the progressive city. Members of the Task Force on the Environment became concerned about the potential of expanded corporate power to negatively impact the Sustainability Plan.

“A city could say ‘I want X% of my energy to be renewable,’ and a corporation could potentially reply ‘I have a right to provide whatever source of energy I want, and you’re going to take hydrofracked gas, whether you like it or not,’” said Sheehan. “Santa Monica wasn’t facing that immediate problem, but they wanted to prevent those things from happening.” 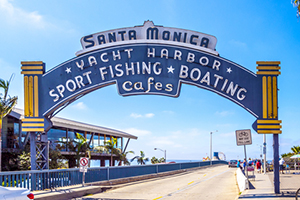 That is when Sheehan, along with a colleague from the non-profit organization Global Exchange, began working with Santa Monica’s Task Force on the Environment and City representatives to draft an ordinance that included the rights of nature, and the rights of citizens to a healthy environment.  Fortunately, the team did not have to start from scratch. They were able to borrow some structure and language from a small but growing stock of laws and ordinances that had been passed in other U.S. municipalities and in other parts of the world.

The year-long process included a Task Force vote and official recommendation, a City Council review, the passing of a resolution to send the ordinance to City staff and the City Attorney’s office for further review and refinement, and a period for public comment and review. In April of 2013, it passed unanimously.

According to Sheehan, reaction to Santa Monica’s Sustainability Rights Ordinance has been overwhelmingly positive. However, she is quick to point out that “the proof is in the pudding…in how this ordinance gets implemented.” That pudding is very likely to involve water, as California is now in its fourth year of drought.

According to Sheehan, efforts to pass local rights of nature ordinances and laws are typically much more controversial because there is usually a very present and vocal opposing side. 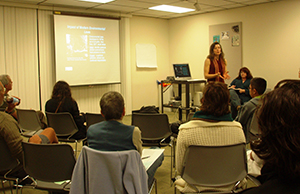 Linda Sheehan speaking at a meeting in Santa Monica, 2011

Take the most recent rights of nature ordinances in the U.S. According to Sheehan, many have been related to fracking. “In cases of fracking,” she says, “there are people who look at its impacts elsewhere and say ‘this will ruin our community,’ but then there are others, including those in a city council, who will say, ‘Well, this is going to bring money and jobs.’”

“Overall,” she says, “these ordinances have been reactions to threats: gravel mining, coal mining, spreading of toxic sewage sludge…a whole range of major threats that may come into a community.”

What made Santa Monica’s approach different was that it was proactive, and now serves as an example of using law for long-term change. But Sheehan stresses that both proactive and reactive laws and ordinances are important. “You want to stop corporate abuse of power,” she says, “but you also want to think about where we go from there.” 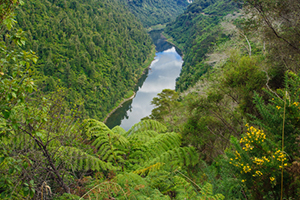 Earth Law Center maintains a database of rights of nature-based partners and legal activity. The Rights of Nature Databasecontains a growing body of rights of nature-based court cases, agreements, and laws (passed and pending). Some, such as the Preliminary Agreement between the Whanganui River iwi and the New Zealand government, deal with a specific ecosystem. This treaty agreement, for example, recognizes the Whanganui River and all its tributaries as a single, legal entity with rights and interests, including its own standing in a court of law. Others, such as the Baldwin, Pennsylvania Community Protection from Natural Gas Extraction Ordinance, deal with nature in a broader sense. In this case, the Borough of Baldwin, PA passed an ordinance recognizing that natural communities and ecosystems like wetlands, streams, rivers, aquifers, and other water systems, possess inalienable and fundamental rights to exist and flourish within the borough.

And some, such as Loggerhead Turtle v. County Council of Volusia County, Florida, aim to protect specific species. This 11th Circuit US Court of Appeals case not only protected beach nesting grounds for the loggerhead turtle (Caretta caretta) and green turtle (Chelonia mydas) but upheld their right to sue as non-humans.Which type of legal initiative has the best chance for success?  “There have not been enough examples yet to assess a trend,” says Sheehan. “Whatever people care about and are inspired by, they will protect.”

The growing number of organizations like Earth Law Center who are working to further the rights of nature, and the increasing amount of local cases, ordinances, and laws in the Rights of Nature Database, suggest that communities care a great deal about the rights of nature at many scales, and that the grassroots momentum they are generating is gathering force.

Non-Profit Spotlight: Global Alliance for the Rights of Nature