On my return to Baltimore from a cross country trip of Iceland recently I yearned for a way to return to those vast and otherworldly landscapes. Luckily I found solace in a new book by Scottish poet, Donald S. Murray. From its title alone there is an air of intrigue and discovery: The Dark Stuff: Stories from the Peatlands (Bloomsbury, 2018). Murray takes us on a journey that begins on the moors of his native Isle of Lewis (in the Outer Hebrides archipelago of Scotland) and continues on to Ireland, the Netherlands, and Germany to discover the complex natural, literary, and cultural history of the peatlands.

What I most often think of as the backdrop of Wuthering Heights, all mists and craggy fields, Murray describes as an incredibly diverse and valuable resource, relied upon and celebrated for centuries in communities across the British Isles and northern Europe–but also in places more isolated and unexpected: Iceland and the Faroe Islands, the Congo in Central Africa, and northern Tasmania in Australia. 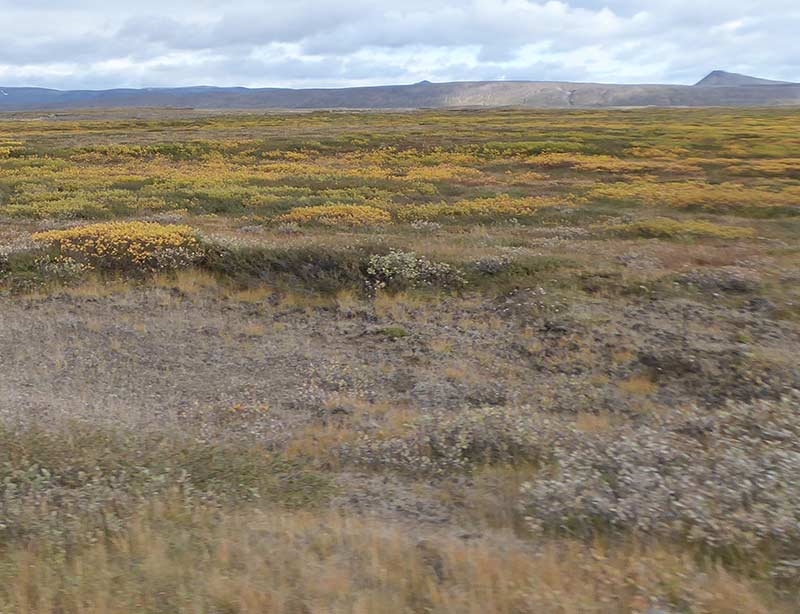 A peatland in Iceland. ©Jennifer Dowdell

Organizing his narrative using a variety of the terms (Scottish and Irish Gaelic, Icelandic, Dutch, German, Danish, and Finnish) that describe this complex landscape, Murray plumbs the depths, literally and metaphorically, of the biology and mythology associated with the peatlands.

In Scotland we dig into the peat itself, uncovering its layers, within which ecological history is held like a grand encyclopedia, a storehouse of pollen that can help us understand our ecological history and the changing climate, and of the secrets of buried men and women from centuries past whose bodies have been preserved in the acidic soil. At the surface there’s the colorful heather (fraoch), bog cotton, and Sphagnum moss (some 120 different varieties), providing habitat for a wide variety of birds and holding “twenty times as much water as it weighs when dry.” This turf layer has been used for all manner of things: to staunch blood, provide sterile dressings for wounds during wars, pad boots, cushion bedding and packing materials, dry whisky malt, and serve as the foundations and walls of small buildings. On the Isle of Lewis, where Murray grew up cutting peat with his father, it is “expansive as the ocean,” a maze of hummocks of red, orange, and greens, glistening with pockets of standing water.

The second layer, just below the surface, is the white peat (moine bhan), a spongy layer made up of the young, decomposing moss and plant roots. This layer also takes on significant amounts of water and is used as kindling when dried. The final layer, sometimes a foot deep or more, is the black peat (moine dhubh), often known in Scotland as “blue clod.” This is the black gold of the moors – a carbon sink so dense and efficient in its storage that it stores twice as much carbon as every forest on the planet, even though it only makes up 2% of the land area of the globe. And it is the original source of fuel for many communities where wood or coal were inaccessible, used for everything from cooking and heating small homes to regional electricity production. Permanently saturated, it is waterproof when dried. This layer, the most valuable, is also the slowest growing, developing only 10cm to 100 cm every 1000 years.

Murray’s poetic prose delves deeply into the documented history of the European peatlands, from the lads and lasses lost to the moors on cold misty nights, drowning after a missed footing, to the use of the peat bogs for cold storage and the curing of traditional foods (the Scandinavian gravadlax, the Icelandic hákarl, and the Inuit igunaq). We also learn of the much darker uses: the burial of “bog bodies” after brutal justice had been served to thieves and adulterers or the forced displacement of communities when national interests saw the boon of locally-sourced fuel in what were termed “the clearances.” The moors even provided an isolated location for forced work and concentration camps in Elmsland, on the German border with the Netherlands, as well as Dachau, Auschwitz, and Belsen during the Holocaust. 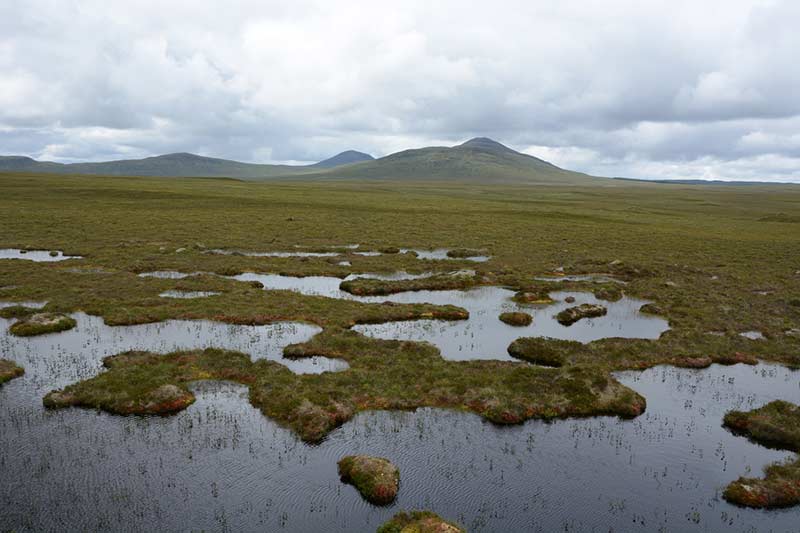 Peatlands also play a significant role in the literature of the British Isles and northern Europe and Murray peppers the book with fragments of verse and prose, balancing the science with the beauty and the inspiration that arise in these landscapes. 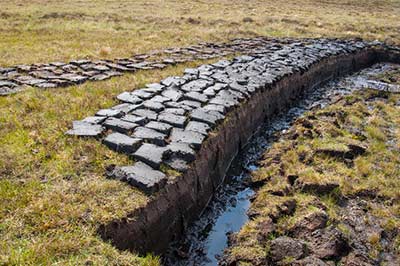 Another theme that Murray explores throughout his book is the importance of peat cutting (for fuel) and farming on drained moorland to so many communities’ collective imaginations and the tension therein with today’s need to address climate change and sea level rise through the preservation and restoration. The peatlands, wetlands at their most basic definition, are nature’s filters and store significant amounts of water and carbon. As they have been depleted, more and more areas are seeing serious erosion, flooding, and even destructive peat slides, “dark avalanches that toppled fences and barricades, blocking the road between Shetland’s main town, Lerwick, and its airport,” happening more frequently in recent decades.

As with other ecological gems, a handful of scientists, naturalists, and activists have taken up the banner for protecting the peatlands. One of the most important steps is blocking the drains in the moors to allow agricultural fields to become waterlogged again, as well as curbing the peat-cutting. In the Netherlands, the Bargerveen Nature Preserve is an example of one such effort to preserve and restore peatland, as is the Bog of Allen Nature Reserve in Ireland. In the case of a similar effort in Scotland, Murray quotes Andrew McBride, Peatland Action Manager, “you have to be aware, he says, of the importance of employing local people in key roles in this development. They are the ones who are best equipped to be aware of the web that binds people together in these places, the compromises that have been made between one person’s interests and the next.” 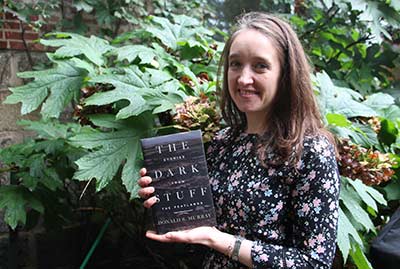 That is a lesson worth considering for any ecological restoration, that communities have for generations used land in certain ways and now as we are trying to change these often destructive and extractive practices these communities may see our “outsider” efforts as counter to their way of life. Murray’s argument is that working with the communities and uncovering the benefits of the healthy ecological conditions for all, will go a long way to changing perspectives and gaining new stewards. This fascinating book, while focused on the peatlands, is a welcome read for all of us working in this realm, a blending of storytelling and science, an examination of human influence over one of our most rare and beautiful landscapes.