The latest Biohappenings, including our efforts to implement integrated water strategies.

For 300 years, the wetlands of South Baton Rouge, Louisiana, have suffered impacts from development, logging, and the channelization of the Mississippi River. Biohabitats is helping one new development reverse this trend by protecting and enhancing wetlands while treating all of its wastewater on site. 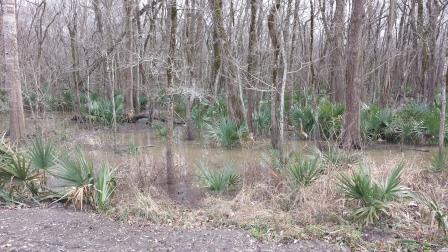 The 1,400-acre planned community of Harveston includes over 1600 homes, as well as space for retail, restaurant, office space, and community facilities, It also includes a 600-acre nature preserve containing cypress hardwood wetlands. As design lead of the wastewater treatment facility, Biohabitats developed a unique onsite wastewater treatment system that not only uses constructed wetlands for part of the treatment, but also uses the limited nutrients in the treated effluent to help restore and maintain the preserve’s hardwood wetlands. Developed with guidance and input from the Louisiana Department of Health and Hospitals, the Louisiana Department of Environmental Quality, and the U.S. Army Corps of Engineers, the system, which  combines manufactured treatment technologies with natural-systems treatment, is designed to ultimately treat 500,000 gallons of wastewater per day. It consists of a spiral screen headworks, hybrid fixed film and IFAS units, secondary clarifiers, surface flow constructed wetlands, reed beds, UV disinfection, and effluent dispersal over approximately 300 acres of nutrient assimilation area in the natural hardwood wetlands. The system not only saves the development from having to pipe wastewater to the municipal treatment facility, it costs less to build and operate than conventional systems, provides habitat, and utilizes what would otherwise be considered residual “pollutants” in the effluent as nutrients.

Moving forward with a stormwater leader

Located just north of Washington, DC, Montgomery County, Maryland is home to more than one million people.  In 2010, the County, which drains to the Chesapeake Bay, was issued one of the most stringent Municipal Separate Storm Sewer System (MS4) permits in the nation. Major new provisions include additional stormwater management for 20% of impervious surfaces, meeting a variety of TMDL wasteload allocations, and implementing environmental site design to the maximum extent practicable. In partnership with Brown and Caldwell, Biohabitats has been leading a team of consultants to help the County’s Department of Environmental Protection (DEP) begin to implement this ambitious, precedent-setting work. We began by working with the County to develop a County-wide implementation strategy to meet water quality and watershed restoration goals. Now, we are pleased to be putting this plan into action, by helping the County oversee stream restoration, stormwater retrofit, and environmental site design projects that will treat stormwater runoff from several square miles of previously untreated impervious cover.

Taking inspirations from the Egyptians 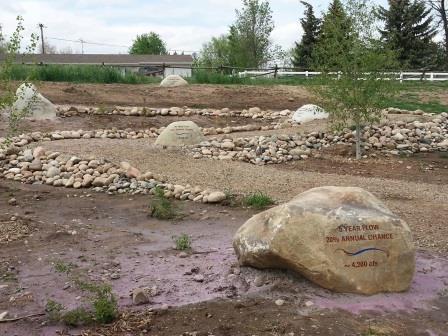 In the last two issues of Leaf Litter, we updated you on our efforts to transform two former gravel mining ponds along the Cache la Poudre River into a well-connected riparian corridor in Fort Collins, Colorado’s McMurry Natural Area. After removing a berm and re-using its material in the creation of five types of native riparian habitat, and after moving a small reach of the Poudre to protect some prime cottonwood habitat, we began installing native riparian plantings this spring. Along with the vegetation, we installed Colorado’s first “Poudreometer,” a system that uses rocks to mark different flood levels. Inspired by Nileometers, which Egyptians have used to gauge water levels for more than 5,000 years, the Poudreometer’s organic design fits well into its setting and helps visitors better understand the importance of functional floodplains. Due to a larger than average snow pack (150% of average) and some very warm temperatures at the end of May the Poudre River spilled into it’s newly created floodplain and nearly reached the 10-year flood elevation on the Poudreometer.  It has been very exciting and gratifying to watch the water level rise over several weeks and flood an area that had been “walled-off” from the river.  The river is now receding and we’ll watch to see how many cottonwood seedlings sprout later this summer.

When the Dixie Plantation, a 881-acre site along the Stono River and the Intercoastal Waterway, was given to the College of Charleston, the college envisioned a living laboratory for marine biology, forest management, historic preservation, and other disciplines. Ecosystems within the 881-acre site included long-leaf pine forests, wetlands, savannahs, tidal marshes, as well as brackish, saltwater and fresh-water ponds. To help the college achieve this vision while protecting and enhancing natural resources the planning team of Biohabitats, Ayers Saint Gross Architects and Planners, GEL Engineering & Environmental, LLC, Aiken Cost Consultants, Inc., DWG Engineering, ADC Engineering developed the Dixie Plantation Master Plan. We are delighted to share the news that this plan received an Honor Award for Excellence in Planning for a District or Campus Component from the Society for College and University Planning! 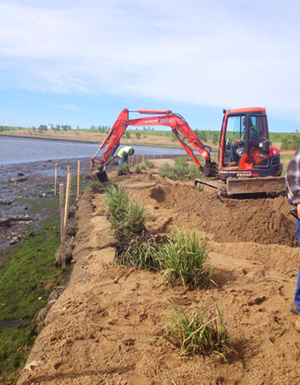 At 2,200 acres – almost three times the size of Central Park – New York’s Freshkills Park is one of the most ambitious public works projects in the world, combining state-of-the-art ecological restoration tech­niques with extraordinary settings for recreation, public art, and facilities for many sports and programs that are  often difficult to site in a city. While nearly forty-five percent of the site was once used as a landfill, the remainder of the site is cur­rently composed of wetlands, open waterways, unfilled lowland areas and other naturalized areas. As part of a multi-disciplinary team, Biohabitats led the ecological restoration components of the project in assisting the New York City Department of Parks and Recreation (NYCDPR) with this effort. Part of this effort included restoring two acres of coastal wetland habitat using a living shoreline concept. This pilot project, intended to guide further wetland restoration in the park by demonstrating successful, cost-effective measures for restoring tidal marsh, was made possible by a grant from the New York Department of State’s Office of Coastal, Local Government & Community Sustainability. Our transformative salt marsh and coastal habitat restoration design included “living shoreline” stabilization features and ecologically viable wetland habitat and coastal upland grassland restoration techniques. We designed the site to function in the face of rising sea levels and other climate change scenarios by including areas for marsh migration, and obtained all of the required permits for construction. Constructed in the spring of 2012, the restoration at Freshkills Park has already yielded benefits. The park was credited with protecting nearby Staten Island neighborhoods from severe flooding during Hurricane Sandy. In addition, the living shoreline and restored tidal marsh provide ongoing protection for habitat potentially threatened by climate change and sea level rise, and improves water quality through greater interface between coastal plants and tidal waters. 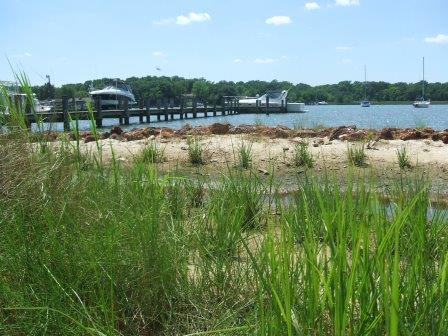 Arundel on the Bay

Since its founding in 1890, the community of Arundel on the Bay has been deeply connected to water. Located south of Annapolis, Maryland, the community sits on a peninsula bounded by the Chesapeake Bay and Fishing Creek. In the first half of the 20th century, Arundel on the Bay was an enclave of summer homes and vacation residences. Since then, it has grown to a year-round community of over 350 homes. In an effort to improve stormwater management and address chronic flooding in portions of the community, Biohabitats identified opportunities to retrofit outdated stormwater infrastructure (roadside swales) with natural drainage systems and create a living shoreline along Fishing Creek. Working with the community and the South River Federation, we then developed designs to restore the shoreline, enhance water quality of runoff, improve coastal habitats and establish a system more resilient to climate change and sea level rise. Community volunteers helped plant part of the native landscaping that serves as green infrastructure. Earlier this month, we were happy to be on hand for a dedication ceremony honoring the community and their partners’ efforts to protect and improve regional ecology. These projects not only help filter and clean stormwater draining into Fishing Creek and the Chesapeake Bay, they deepen this community’s connection to the water that surrounds it.

We are proud to sponsor the 2014 Conference on Ecological and Ecosystem Restoration July 28-August 1 in New Orleans, LA. Keith Bowers, Terry Doss, Joe Berg, Ed Morgereth, Chris Streb, will share exciting restoration talks and success stories, and Fabien Dubas will share updates on Ecocean’s efforts to restore shoreline habitat for post-larval fish. On the first day of the conference, our staff will join forces with the National Park Service to lead a volunteer event Join us as we Make a Difference in nearby Jean Lafitte National Historic Park and Preserve!

Jennifer Zielinski will present “Integration of Living Infrastructure into Urban Revitalization Planning” at the 2014 StormCON, August 3-7 in Portland, OR. 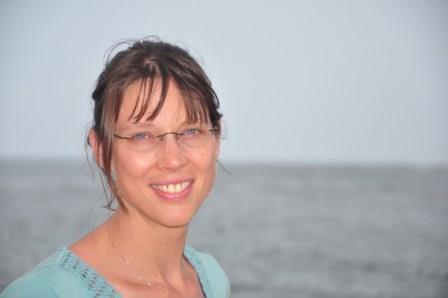 Ecologist Susan Sherrod doesn’t just understand western ecosystems like alpine tundra, she knows what they look, sound, smell, and feel like. Having scaled all of the 14,000-foot mountains in Colorado’s Front and Mosquito Ranges, Susan has amassed an impressive body of first-hand knowledge of regional ecology. She has already applied that knowledge, along with her expertise in plant and restoration ecology, to projects such as restoring ecological function to a former gravel mining site along the Poudre River. While Susan is interested in studying ecosystem takeover of abandoned urban areas like Detroit and Chernobyl, the Colorado native and mother of two is happy working in and enjoying the diversity of ecosystems accessible to Biohabitats’ Southern Rocky Mountain Bioregion office. 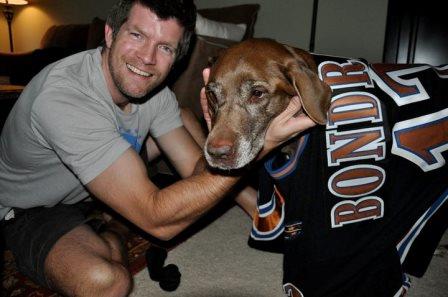 Jim Cooper is an engaging guy. In addition to being a skilled landscape architect with a background in environmental science, he happens to love city life, culture, and conversation. It’s not surprising, then, that Jim’s favorite design projects involve engaging the urban public. Whether he is creating a stream or wetland restoration, a greenway, an interpretive sign, or all of the above, Jim applies a passion for connection and a commitment to ecorevelatory design. When he’s not working, Jim can be found, gardening, biking, paddling, or exploring Baltimore with his girlfriend, with whom he is…engaged. 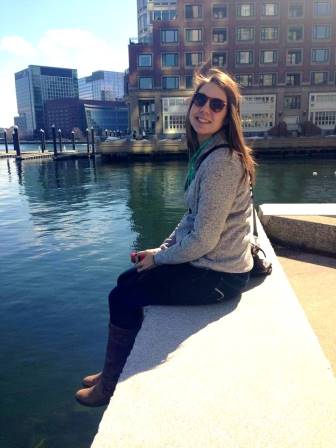 As a child, Katie Talley wanted to be a waitress. Nothing thrilled her more than jotting down a challenging order on a notepad and then returning with the goods. Though her aspirations ultimately shifted toward engineering, Katie retained her love of a good challenge and her passion for delivering solutions.  When it comes to stormwater management, she has been doing just that since earning her biological and agricultural engineering from Kansas State University.  Katie’s up-for-anything attitude also applies to her life outside of work, as she enjoys traveling, working out, hiking, kayaking, and checking out new restaurants. And you can bet she’s a good tipper.