The Ethics of Water

What if the Clean Water Act was written by desert dwellers? Water visionary Michael Ogden asks this and other compelling questions.

About 25 years ago I was invited to speak at a conference on water. Because I was living in New Mexico at the time, I was asked to talk about water in the West. Although I was born in New York City and had family in New York and Pennsylvania, I had spent many years in the Chihuahuan, Mojave and Sonoran deserts. As I began to prepare for the conference, I realized that there is a profound psychological difference between desert dwellers and people living in the forest or prairies. 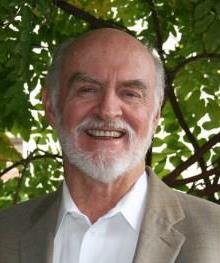 What happens to people who live in places where most of the ground is bare of any kind of plants, and the mountain geology is transparent?  What if the annual rainfall is only four inches, and the rivers and streams are often dry? What if creeks are called “arroyos” or “washes” since they seldom have water, and when they do it may come in a wall of mud, trees and boulders four feet high? What if the churn depth (depth of sand that is lifted and mixed by the flood of water) of the arroyo is 12 feet after a summer thunderstorm?

Obviously deserts have profound effects on people who live in them. At least four religions and three major civilizations started in the desert: the Nile, Tigris-Euphrates, and Indus. All developed priesthoods to deal with the annual cycle of floods, without which there would be famine.  A simple philosophy that water is life is a universal agreement amongst desert peoples. Fouling a well is a death sentence.

Most of the other conference attendees were from the forested regions of the U.S., where water is abundant, and indeed frequently in excess. Clearly everyone was impressed by the images, but there was no way to impress upon forest dwellers the concept of water scarcity. To understand it, you probably have to live there. This is the same issue Ed Abbey addressed in Desert Solitaire when he described his conversation with a man from Ohio who, when looking out over Monument Valley, said “this would be an interesting place if there was water.” The fact that there was no water is what Ed Abbey said made it interesting…there were no people.

Until very recently, very few people lived in the desert, and that is still true as far as a relative percent of the world’s population. In the U.S., the rise of cities in the desert Southwest..Phoenix, Tuscon, Las Vegas, El Paso, Albuquerque, and San Diego (8.8 inches/yr) and even Los Angeles, has been the result of massive dam building and water diversion projects which subsequently were copied throughout the world. What’s interesting about the move to these regions is that the new residents have brought Ohio with them – green, tree shaded lawns, and massive expanses of green grass (over 20,000 acres in Phoenix) that have to be mowed instead of grazed by sheep. None of the psychological and even physiological adaptions to the desert have been preserved. Reverence for water as a limited resource has been replaced by the optimistic view of the forest dweller…there is more than enough. And like all things in abundance, the intrinsic value has been lost.

Three years after the Cuyahoga River fire of 1969, the US passed the Clean Water Act. But let’s be clear about the Clean Water Act: it does not create clean water. It simply regulates someof the pollutants discharged into U.S. waters  and makes rivers and streams extensions of the municipal sewer and stormwater systems. There is an implicit assumption that our streams and rivers are able to provide wastewater treatment in the TMDL regulations. So instead of a zero pollutant discharge, the EPA regulates the total kilograms of pollutants flowing downstream to the next community.

What would the rules have looked like if the Clean Water Act had been written by desert dwellers? In the U.S. we actually have a legal precedent that reflects this view and was settled in the 10thFederal Court of Appeals in Denver in October 1996. The basic legal argument was presented by the Pueblo of Ysleta (5000 people), which is downstream on the Rio Grande from Albuquerque, New Mexico. Ysleta argued that the pueblo was entitled to the same water quality from the Rio Grande as the City of Albuquerque (750,000 people). After six years, the Court ruled that Albuquerque was required to clean up their wastewater treatment plant discharge, and provide a level of water treatment that was the same level of quality at the intakes for the City of Albuquerque drinking water system.

What a concept! A downstream user of water is entitled to the same water quality as the upstream user. Imagine what would happen if New Orleans said to Baton Rouge, “clean it up!” And Baton Rouge told Memphis to do the same. And this went on all the way to the headwaters of the Mississippi, Missouri, Ohio, Tennessee, etc. What is surprising is that the ethical argument – if I am down steam from you, I have the same right as you to the quality of water you are taking out of the river – actually reached the federal courts. The decision, decided in favor of the tiny Pueblo of Ysleta means that what you take out of the stream has to be returned to the stream at the same level of water quality. The logical conclusion is that you cannot pollute the water unless you are the last person on the river before it discharges to the ocean. And even then, the surfers might request the same level of water quality.

So how do we get from a clean mountain stream to stormwater and sewage in our rivers? What many of us overlook is that there are 772 cities in the U.S. that have combined sewer and stormwater systems.  Regulations have help reduce the pollutant load primarily by exporting it to China, India, Mexico, Indonesia, the Philippines, etc., i.e. those countries with lower environmental standards. Why do you think all of your clothes and electronics are not made in the U.S.?  Yes, labor is one cost, but removal of the pollutants associated with clothes dying and electronics manufacturing is notoriously difficult and expensive.  A chip fab plant can require over a million gallons of water per day.

Adam Smith invoked trade as beneficial to all, but what if the result is insufficient clean water to feed cows, wash, or grow food. A recent Los Angeles Times article shows shipping containers packed with hay for China’s cows. We also export wheat and soybeans to supply the deficit. Industrialization is certainly one part of the story. Lets us not forget abject poverty, war, and famine.

So at this point, life is good, but what if in the following year I show up and you see me dumping my dishwashing bucket into the stream, washing clothes, and occasionally cleaning my catch of trout, guts and all in the stream.  You might ask me to please refrain, but I say, “I am doing the same as you,” and you return with “but you are upstream from me!” “Oh sorry,” I say. “Why don’t we extend your pipe upstream and I will connect to your downstream pipe.”  And of course this is what happens when we aggregate in large cities: we lose any connections we have to the water, and our individual and collective responsibilities.  If I pollute your water, you will surely cry foul, but if we collectively pollute our unseen, downstream neighbor, we avoid conflict.What if this is about personal responsibility, and moral and ethical choices? Suppose you build a cabin on a mountain stream, and as fortune would have it you are the first person. To make life a little easier, you run a pipe upstream and are able to divert water into your cabin for drinking, washing and flushing the toilet. And instead of running the dirty water from the kitchen and shower out onto your garden you ran a pipe into the stream downstream from your cabin. Being environmentally conscious, you run your wastewater from the toilet into a leach field (which, incidentally, will end up in the stream, albeit cleaner).

Even at the neighborhood or village level, we lose the sense of how important clean water is.  When working on a small village project in Mexico, my team was confronted by the neighboring village downstream who were protesting the government’s expenditures on a wastewater treatment plant. They were very upset until told that there was still money for the soccer field. After all, the untreated sewage was good for the crops, but the loss of the soccer field meant that their sons might not make it to the big time.

My generation has seen the world’s population grow from 2.2 billion to 7.2 billion. The total amount of freshwater for drinking, growing food, and generating power has not substantially changed; however, the demand has increased exponentially.  There are more than enough opportunities and challenges for those in interested in making clean water, and at the end of the day it is nice to think about how much clean water you have made doing honest work.