This book won’t change your life, but it might help you better understand how we ended up with such a terrible record of managing wildfires in the western US and the kind of investment it is going to require to break this annual cycle of devastating wildfires. An easy and interesting 218-page read, the book is comprised of 18 chapters and includes citations for additional reading at the end of each chapter. 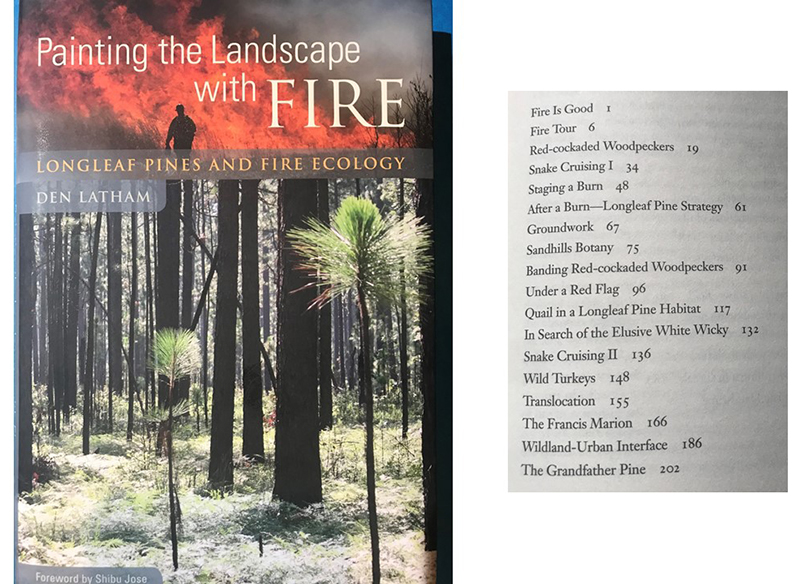 If you aren’t familiar with fire ecology and the interdependence of plant and animal communities with high frequency fires ignited by lightning strikes, this book will fill that void with a variety of easy to follow, interesting stories. Similarly, if you aren’t familiar with the longleaf pine-wiregrass savannahs of the southeast, this book will give you a good background on the community, with interesting sections on dependent species like the red-cockaded woodpecker, white wicky, and more.

The book is broken into chapters that set up the interdependence of the longleaf pine community of the American Southeast with fire, spending considerable time on describing how the community and fire has been managed by First Nations, mismanaged by the agroforestry community (including scientists) with their focus on fire suppression, and how challenging it is today to manage fire and forests.

Latham describes how decades of forest management relying on fire suppression have resulted in reduction in area of the longleaf pine community (and other fire-adapted communities) by species not adapted to fires. Longleaf pine as an example, require fire to initiate their cones to release seeds. Without fire, no new seedlings. Unfortunately, when fire did overwhelm our fire suppression efforts, the built-up fuels supported hotter, more intense fires and the poorly adapted species not only burned, but their midstory canopy acted as a ladder and allowed fire to jump into the canopy of the longleaf pines, killing the longleaf pines and altering the plant community. 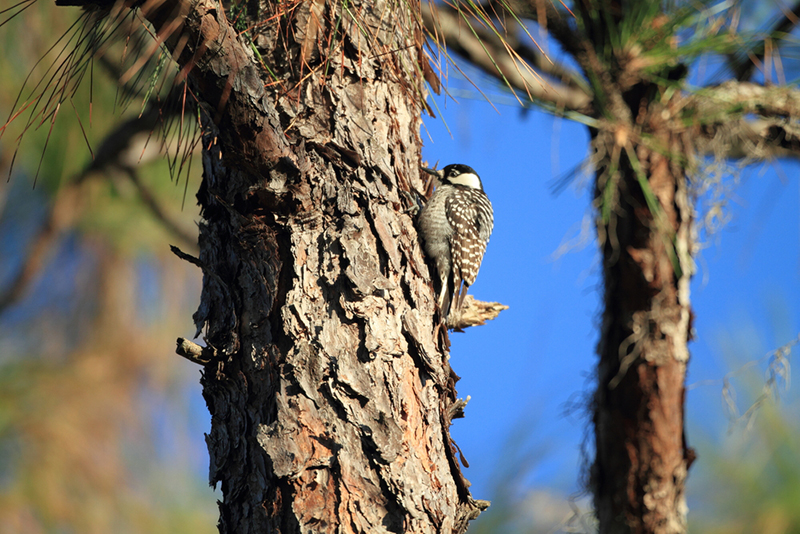 The book does an excellent job of describing the longleaf pine community’s adaptations to wildfire, the dynamic relationship between the shrub understory, fire, and the red-cockaded woodpecker. In addition to using controlled burns to reduce fuels and minimize devastating wildfires, the resulting high frequency low intensity fires are similar to the type of fires to which this ecosystem has adapted over eons prior to European colonization. As a result, native species well adapted to wildfires thrive and out-compete species that have become established as a result of landscape disturbance and fire suppression.

The book describes the technical difficulties of successfully managing controlled burns as a means to maintain the desired plant community, reduce the risk of devastating, uncontrolled wildfires. It also addresses the challenges of building understanding and support among the Southeast’s expanding snowbird population.

Managed burns have boundaries, whether geographic like rivers, roads, and fire brakes, or atmospheric, such as wind speed, humidity, and mixing ceiling height. A controlled burn is tightly regulated activity and great efforts are extended to minimize the risk of adverse effects. Some landowners don’t manage their land at all, so their properties accumulate fuel, making the management of surrounding lands more challenging. In addition to creating fire breaks around such properties, crews ‘patrol’ the edges of the controlled burn to be sure that the fire doesn’t jump the firebreaks and spread beyond the permitted burn boundaries. This ‘patrol’ can include bulldozers and firetrucks, as well as smaller vehicles like ATVs loaded with bags of water and hand pumps. 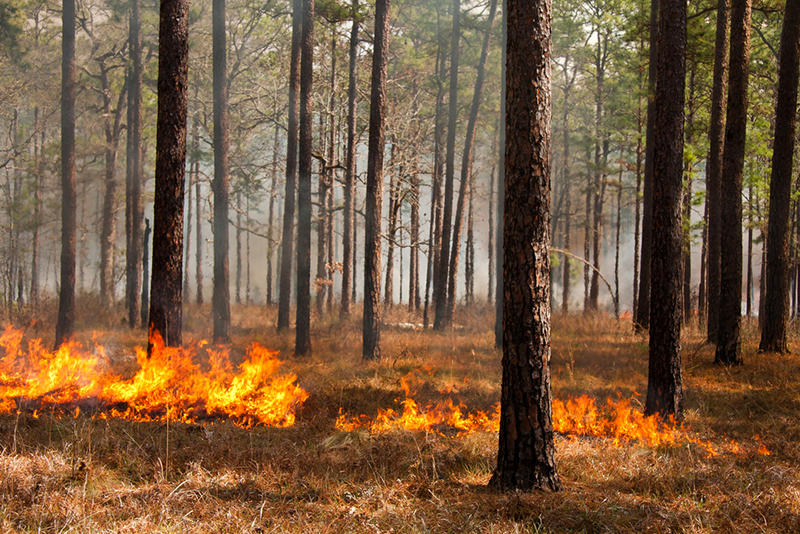 All of us have some understanding of how foresters use drip torches to ignite the fire upwind of the area to be burned so wind direction helps the fire moves towards an established fire break like a road or river.  I wasn’t aware that the foresters created incomplete fire lines to allow wildlife to escape.  Similarly, rather than lighting one fire line and letting it sweep across the landscape, multiple fire lines are set to control fire intensity, with each previous fire line burning out when it runs into the subsequent fire line.  In large burns, foresters on the ground initiate the fire line, but helicopters firing Ping-Pong balls filled with an incendiary mixture in a precise pattern establish the repeating pattern of fire lines with alternating interruptions to allow wildlife escape and control fire intensity and coverage.  The author spends a considerable portion of the book describing the workings of the ‘on the ground’ and ‘in the air’ controlled burn.

In addition to providing detailed information on fire ecology and the longleaf pine-wiregrass savannah habitat, Latham introduces the reader to several worthwhile sites to visit and perhaps camp, including several in the Carolina Sandhills National Wildlife Refuge. This approximately 45,000-acre property offers visitors the genuine longleaf pine-wiregrass savannah experience as well as exposures to pitcher plant meadows, wet depressional pocosin features. and many other natural wonders. In addition, the author introduces the reader to the 250,000-acre Francis Marion National Forest, where there is an active effort to translocate red-cockaded woodpeckers from the Carolina Sandhills National Wildlife Refuge in an effort to re-establish a thriving population after Hurricane Hugo in 1989 destroyed 87% of the red-cockaded woodpecker’s nesting trees.

I can heartily recommend this book for anyone interested in natural history. Knowledge gained from Painting the Landscape with Fire: Longleaf Pines and Fire Ecology will surely enrich a visit through the area the next time you or I visit Myrtle Beach (Carolina Sandhills NWR is 110 miles NW), Charleston (150 miles N), Charlotte, NC (65 miles SE) or travel down I-95 through South Carolina (60 miles NW of Florence, SC).

Bear in Mind the Beaver