Several members of the Biohabitats team have had personal experiences with wild and prescribed fire. Landscape ecological planner/designer Jennifer Dowdell was doing an artist’s residency in New South Wales when Australia’s Black Summer fires erupted, and she writes about those fires in her piece, Aboriginal Cultural Burning in Australia: Reflections after the Black Summer Fires. As a graduate student, Landscape Architect Sarai Carter helped initiate prescribed burning on a property owned by the University of Virginia, and an article about that work is included in this issue.

Project Designer, Shayla Woodhouse, chose painting as a way to reflect on her experience with wildfire as a child. 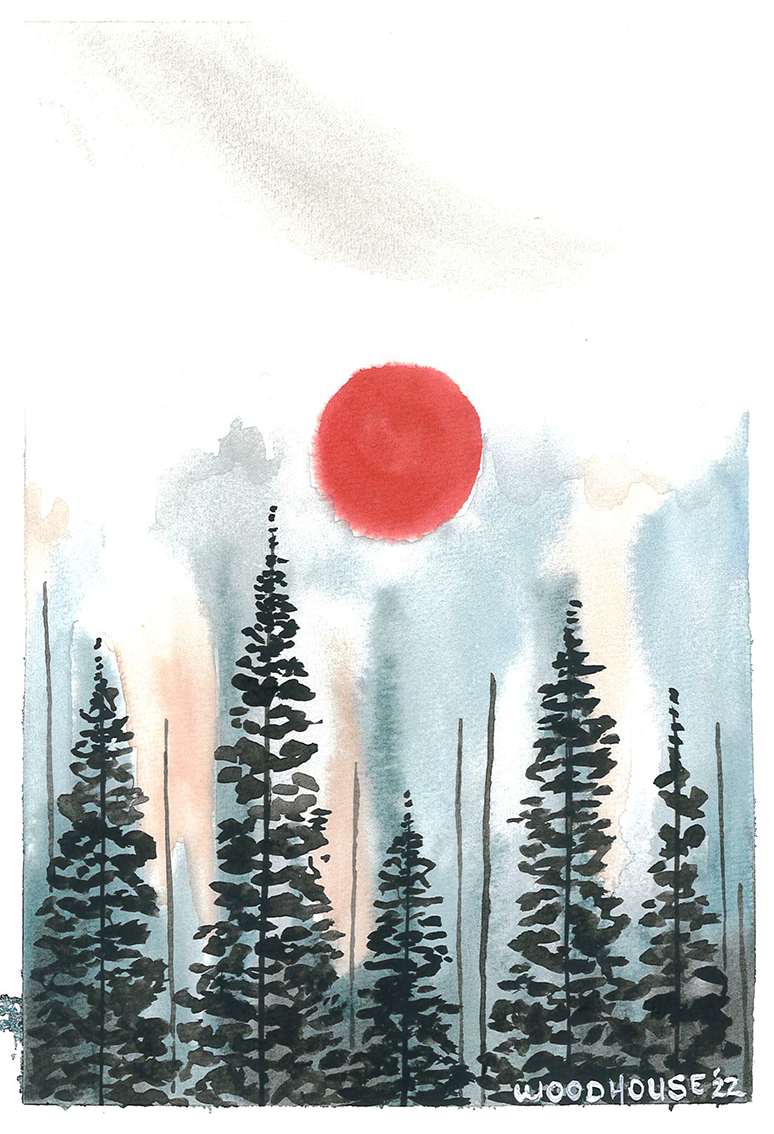 I call it “Fire Sun” and I wanted the focus of the painting to be about the fiery red sun wildfires create. Seeing the sun that color (typically at sunset, or sometimes in the middle of the day) is really impactful. You won’t always see the flames from a wildfire, but this is in a sense the flame from the wildfire projected on the sun that can be seen by everyone.

I remember being able to look at the sun for the first time (without being blinded) surrounded by an uneasy sky in October 2003. I was 11 years old at the time and a fire storm was rapidly spreading throughout San Diego County. Less than three miles from our house, 312 homes were destroyed in our community of Scripps Ranch by the Cedar Fire. Luckily, we were all safe and our neighborhood was not impacted. At the time, the Cedar Fire was the largest wildland fire in California History. It destroyed 280,278 acres and 2,820 buildings and it killed 15 people. It was a devastating fire, and incredibly scary. 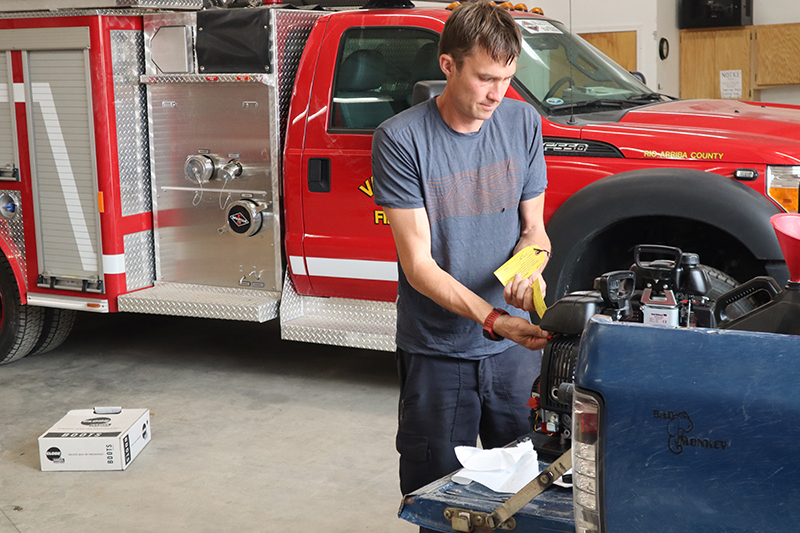 Senior engineering technician Olin Christy applies his cool head and years of training to not only manage many of Biohabitats’ integrated, nature-based water systems, but also fires. That is because Olin is also a volunteer firefighter. Olin served on the Vallecitos, New Mexico fire department for six years before rising to the rank of Chief in 2021.  Olin is also a small-scall farmer on his property in Madera, NM, and like many of his neighbors, he has come to love and rely upon the nearby Carson National Forest. On June 8, while the Hermit’s Peak and Calf’s Canyon fires, New Mexico’s worst wildfires in history, raged to the southeast, lightning from a passing storm sparked what became known as the “Midnight Fire” mere miles from Olin’s home. Olin shares his unique perspective on that day, and on living with fire.