For many people, religion is profoundly important to their understanding of the environment, their role in caring for it, and their career choice. Such is the case with Biohabitats’ Great Lakes Bioregion leader Tom Denbow and water resources engineer Meghan Gloyd, who share personal reflections on their faith and work.

Out of continued curiosity, and with the topic of this issue of Leaf Litter in mind, I recently attended the annual meeting of a group called the Presbyterian Association on Science, Technology, and the Christian Faith here in Cleveland. 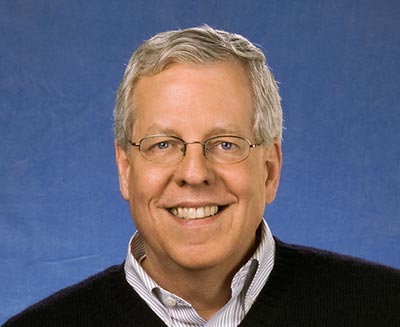 As a scientist who often felt that the theology of my Christian upbringing did not align with my knowledge of the interconnected system of life on Earth, I walked away from participating in mainline church religious activities 35 years ago. However, I decided to re-engage 20 years ago in a purposeful way—slowly, and at a distance at times, but jumping in with both feet when inspired (like singing in our church choir which I dearly love).  Throughout this journey, I have always been reminded of Albert Einstein’s expression of the mutuality between inquiries about nature and religious life when he wrote: “Science without religion is lame, religion without science is blind.” [1].

The meeting in Cleveland proved to be a fitting way to facilitate my continued journey of while allowing me to sustain a healthy skepticism.

While the meeting focused on larger issues like acceptance of evolution, it really was about recognizing the role and value of science, and how we must allow ourselves to integrate scientific knowledge with theology. The current President, Rev. James B. Miller, Ph.D. who spoke at the meeting was refreshing and insightful.  For example he has proposed an “Affirmation of Creation” within Presbyterian Church USAwhich will acknowledge the true age of the earth, that humans are just one of many lines of hominins that have been brought forth, and the intrinsic value and interconnectedness of all of life through evolution. Another group present at the meeting was “BIOLOGOS.”  Founded by the now head of NIH and former head of the GENOME project, Dr. Francis Collins, BIOLOGOS is helping to stimulate dialogue among scientists and religious leaders.

Both BIOLOGOS and the Presbyterian Association on Science, Technology, and the Christian Faith bring a Christian perspective, but I feel strongly that other religions, such as Islam, Buddhism, and Judaism, can carry on a dialogue that allows each of us to respect our traditions but also our shared notion of stewardship of the earth and all of nature.

What I heard at that meeting in Cleveland gives me a new foundation from which to speak, where both science and religion have voices and valid notions about the universe. As I continue my religious journey, I do so with the hope that we can stimulate a deep empathy for the planet and all living things, and fulfill our stewardship responsibilities locally, regionally, nationally, and globally. 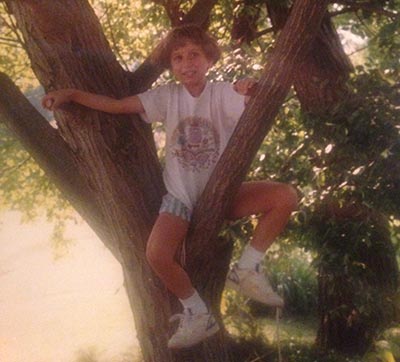 I’ve always enjoyed spending time in nature. Playing outside making mud pies, going on random adventures in the backyard, learning about plants with my dad, climbing trees, and feeling the wind blow through my hair as I rode a bike with reckless abandon are some of my favorite childhood memories. As I got older, I was intrigued by the intricacies of nature, like the changing of the leaves, the way birds could fly, the origins of mountains, the interactions within an ecosystem, or the colors of a sunset. The science behind these natural systems is fascinating and complex.  Apart from the intellectual aspects of nature, I often experience a certain peace when immersed in nature: the awe or wonder of the beauty, the freshness of forest, new life that comes each spring, and the calmness of a marsh or lake.

My background in the church added a depth to my understanding of nature and the universe.  While the science provided answers to questions about how things worked or why certain systems behaved in certain ways, my Christian faith provided perspective and defined my relationship with the created world. Creation (myself included), from my perspective, was the creative expression of God. For those holding this worldview the universe provides a glimpse of the vastness of an often abstract Creator. This idea is supported through the Psalms and other passages within the Bible. 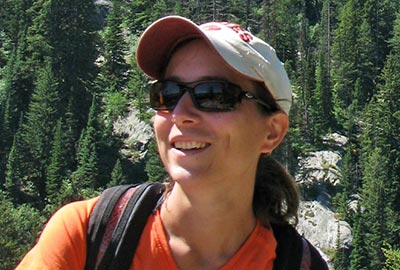 The Bible in Christianity is considered to be a Holy text, inspired by God for His people. Various interpretations of Biblical passages are the fodder for many debates both in and outside of the Church. What the Bible says about human interaction with the created environment is no different. Some interpret verses in Genesis 1 to mean that humans need to rule over the created world and bend it to our will. But an increasing majority interpret the same passage to mean something more akin to stewardship, implying a level of respect and protection.  My personal opinion is closer to the latter interpretation. I believe that the created world has an inherent value that is not based solely on what it can provide.  This inherent value should be protected and upheld.

As a young adult, my Christian worldview framed the lens through which I saw and interacted with the world. When it came time to embark upon a career, I looked for an intersection between my passions, talents, and desires. I am passionate about nature and learning more about the God I believe created both it and me.  In school, I excelled in math and science, and developed a particular interest in water resources while studying abroad. It sounds cliché but I’ve always been drawn to the idea of serving others. My first job out of college allowed me to use my engineering background to solve homeowner drainage problems, often in ways that also enhanced the environment.  While that job fell neatly within the intersection of passion, talent, and desire, after six years I was ready for a change of pace. I was attracted to Biohabitats because of their commitment to environmental restoration, diverse client base of municipalities and non-profits, and desire to be inspired by nature to continually improve technical approaches.

On a day to day basis, the partnering of my passion with my beliefs helps me to persevere and maintain focus.  In a political climate where funding for preservation and restoration is under siege, there continues to be debate concerning the reality of climate change, and there is little agreement on environmental agendas, environmental restoration can feel like an uphill battle.  At the project scale, each effort, no matter how exciting or worthwhile, will face challenges.  Last winter’s edition of Leaf Litter explored some of the impacts of these stresses and ways of coping with them, I recommend checking it out for more information on the topic.  For me, my religious beliefs provide that underlying strength I often need in order to push forward and fight for changes in the environmental arena despite the frustrations.