Could adopting a mindset that reinforces meaningful connections, cultivating collective health and the well-being, and regenerating ecological systems reduce eliminate much of the conflict that currently plagues our society?

Three weeks ago I was fortunate to participate in Pathways to Planetary Health, a symposium held at the Garrison Institute to examine what it would mean to radically transform the paradigm by which we currently live into one that recognizes, honors, and embraces our deep connection to nature, each other, and the biosphere. We were asked to imagine a world that nurtures the health of the whole, values an economic system based on regenerating living systems, and reawakens our spiritual connection to all living beings. As ethicists, community and business leaders, scientists, academics, economists, ecologists, humanitarians, theologians and artists, it was not that difficult to imagine such a world. Many of us have been exploring these ideas for much of our careers. The difficult part is how we actualize these ideas into fundamental and systemic change.

Pathways to Planetary Health, under the cultivation and leadership of Jonathan Rose, provided us the opportunity to do just that. Over a three-day period, we debated the merits of capitalism, reawakened the spiritual connections we embody with each another and the earth, and deliberated on the pragmatic actions that are desperately needed to move us forward toward a more just, equitable, and regenerative world. 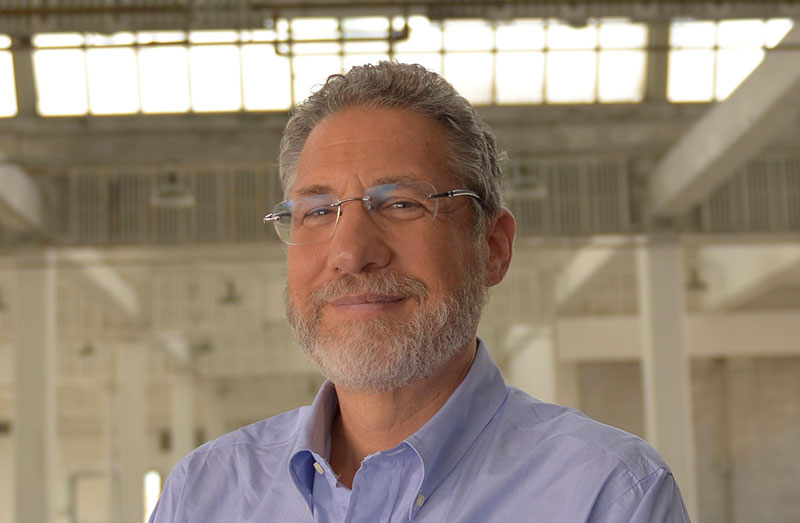 Throughout the symposium I couldn’t stop thinking about the connection between these ideas and conflict resolution. It seems to me that if we adopt a mindset that focuses our energy toward reinforcing meaningful connections with each other, cultivating our collective health and the well-being of all peoples, and regenerating our ecological systems, then surely we can reduce, shift, or eliminate much of the conflict that currently plagues our society.  How wonderful would that be?

Provided below is an article by Jonathan Rose about Pathways to Planetary Health, one of Garrison Institute’s signature programs. I encourage you to read it and let us know how you think a regenerative paradigm that nurtures the health of the whole can serve as an antidote to conflict.

Pathways to Planetary Health: Ethics in the Age of the Anthropocene
Garrison Institute, Garrison NY March 4-6, 2020

Human activity has now altered the earth’s terrain, ecology, oceans and atmosphere to such an extent that geophysicists have given this age a new name, the Anthropocene.

Although the Anthropocene of the last century has lifted billions of people out of poverty, it has done so in a way that ultimately is not sustainable. The mismatch between population size and the way we produce and consume energy, food, fiber, and materials is causing global warming, floods, droughts, fires, polluted air, toxic water, depleted soils, loss of biodiversity, pollinator collapse, acidifying oceans, and more. Ecosystem degradation goes hand in hand with the loss of human health and well-being. The harm and suffering caused by ecological breakdown are disproportionately distributed to the poorest, most vulnerable and most disenfranchised populations around the globe.

These effects arise from of a dis-integrated world view that forms the basis of the neoliberal economic and regulatory systems that are currently ascendant. Dan Goleman notes that just as we call some of the consequences of pharmaceutical drugs “side effects” and by doing so, trivialize their systemic impacts, we call many of the harmful impacts of a free market economy “externalities,” and thereby trivialize their systemic effect. In an interconnected world, every outcome of our actions must be recognized, not just the ones that economic markets prioritize and measure.

This failure to understand that all of these individual effects collectively have profound effects on the whole system has given rise to recent proposals of even more life-altering technologies. Gene editing to create new species, massive geo-engineering schemes to theoretically mitigate climate impacts and exploration of other planets for colonization are being considered with neither a scientific methodology for evaluating their complex systemic impacts, nor a collective framework for evaluating our ethical responsibility, accountability and fairness for the full fabric of life that inhabits this planet.

Donella Meadows observed, “the number one way to intervene in a system is to change the mindset or paradigm out of which the system—its goals, power structure, rules, its culture—arises.” The predominant worldview and its economic system for assigning value is based on a degenerative paradigm, which values extraction and consumption, and rewards the success of the individual or corporation.

The Pathways to Planetary Health Project outlines a regenerative paradigm that nurtures the health of the whole, drawing its principles from the magnificence of ecological systems, processes and patterns.

The March 2020 gatherings will create space for deep contemplation around the ethical underpinnings—the respect and honoring of the common good above all else—that must underly and serve as the cornerstone for all other pathways towards a regenerative future. The seeding of an altruistic society is a foundational step towards planetary health. In such a society, the fundamental value system is one of altruism, of looking towards everything–that is every person, and every organism from the soil biome to the greatest sized animals, with a deep respect and care. Perhaps this ethic was best outlined in Pope Francis’ encyclical “Laudato Si” on the environment and human ecology which calls for an integral ecology that creates a universal communion that “excludes nothing and no one.”

During the 2018 Symposium of the Pathways to Planetary Health series, we explored the following four Pathways:

Half Earth: to conserve half of the earth’s land and sea to safeguard its biodiversity, and the conditions for ecological regeneration.

Pervasive Altruism: to build a shared understanding of our human cultures as cognitive ecologies, which, if imbued with pervasive altruism, an ethics of the common good, could become a generative social field from which would grow environmental, social and intergenerational justice. 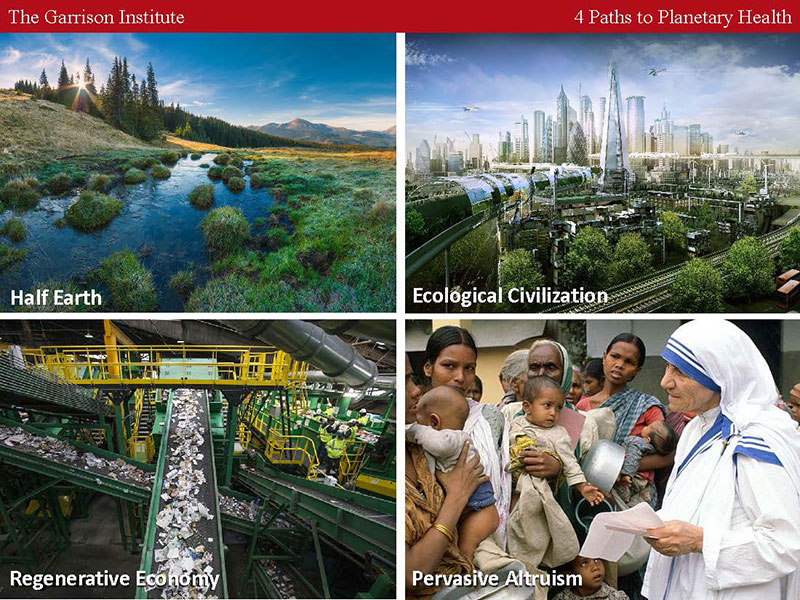 The goal of our upcoming 2020 Symposium, to take place from March 4-6 at the Garrison Institute, will be to build on the knowledge of the 2018 symposium, and the work of others in the field, to explore more deeply the ethical underpinnings that best support a regenerative, just and prosperous world, rising from the foundation of an altruistic society.

The world’s predominant economic system is capitalism, in some cases practiced in theoretically free markets, in others in highly managed central economies. Capitalism, as the ism of capital, is achieving its goals remarkably well: growing capital, protecting capital, storing capital; concentrating capital.

However, these goals have little to do with the goals of planetary health: growing and protecting the well-being of human and natural systems, building reserves to help weather the volatility and disruptions of the Anthropocene, and distributing well-being and opportunity more equitably.

The 2020 Symposium will explore the ethical world view arising from an altruistic society, which we believe is an essential precursor to the growth of the Pathways to Planetary Health. The program is being co-created by a distinguished steering committee, gathering 50 scientists, economists, ethicists, communicators, and other leaders from across fields to explore the following questions:

What are the ethics of the Anthropocene that can best harness the power of the pathways to regenerate planetary health? How might we elevate and celebrate the ethic of altruism to better align our systems? How do these ethical frames apply to our economic, political and cultural systems in practical terms?

And there are many more inspiring models emerging throughout the world.

Our 2020 gathering will explore the idea of the altruistic society as the ground from which an ethics of the Anthropocene might grow and support the other pathways. It is based on the hypothesis that as long as people, companies, and nations seek to only maximize their own outcomes, we will never achieve planetary health. We can only achieve it when all of us aim to optimize the health of the whole. We believe this shift – to bring altruism to a societal level – is key to the success of the planetary health movement. Following the 2020 Symposium, we will present key outputs through a podcast series and commissioned thought pieces.

If you are interested in the first Pathways to Planetary Health symposium held in 2018, check out this report. And keep an eye out in the Insight and Tools section of the Garrison Institute’s web site for an upcoming synopsis and video on the 2020 symposium.