“Global change science is highly interdisciplinary and there is a degree of urgency in getting answers for the problems.”

Miguel Bastos Araújo has authored over 150 publications in journals and books including National Geographic Magazine, Nature Reports on Climate Change, the New Scientist, the Scientific American, and the Scientist. He serves as Editor-in-Chief of the journal Ecography and he contributed to the 2007 4th (Intergovernmental Panel for Climate Change) Assessment Report, for which the IPCC shared the Nobel Peace Prize. Dr. Araújo also contributed to a report on the effects of climate change on European protected areas for the Council of Europe, and an assessment for the Spanish and Portuguese governments on the effects of climate changes on terrestrial Iberian biodiversity. 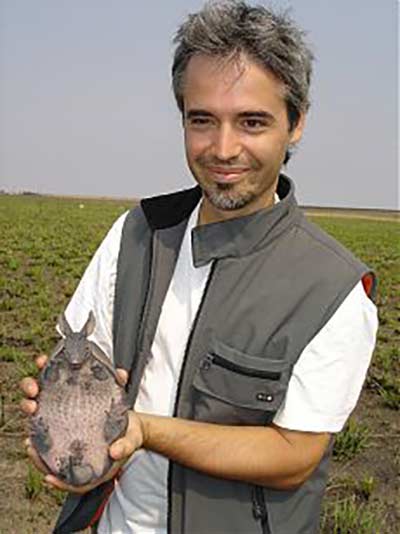 Dr. Araújo holds the Chair in Integrative Biogeography at the Imperial College London, as well as a joint appointment at the National Museum of Natural Sciences in Madrid. He also holds academic visiting appointments at the University of Copenhagen and the University of Évora. He has been principal researcher in more than 15 research projects, including five large European funded consortiums on climate change mitigation and adaptation, and one international FBBVA project to investigate climate change impacts on Latin America biodiversity.  Dr. Araújo’s current research is driven by three unifying questions: 1) how did past climate changes affect the distribution of biodiversity? 2) how might current and future environmental changes affect biodiversity? 3) how can biodiversity be conserved given current and future challenges?

I would like to ask you about a specific species you have recently studied: the Iberian lynx (lUCN listing: critically endangered). Your study shows that anticipated climate change will likely lead to this animal’s extinction within the next 50 years. Can you tell us about that study, your findings, and how (and if) those findings are being applied to conservation of the Iberian lynx?

The Lynx study we published in Nature Climate Change is the first that explicitly models the effects of climate change on a wild species considering, simultaneously, the effects of land use, prey availability and disease on both the prey and the predator. 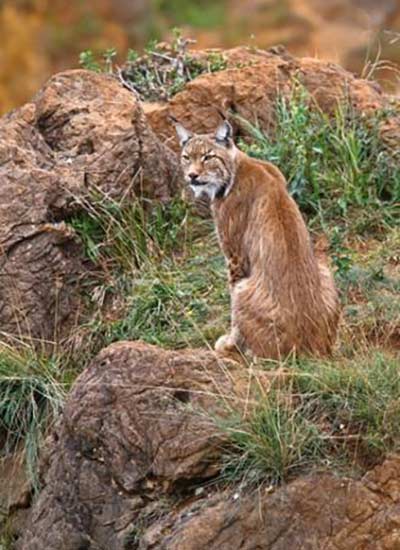 We showed that when all these factors were accounted for in the models, the extinction probability of the lynx was much greater than anticipated by current conservation plans. Specifically, it was predicted that the species could go extinct by mid-century and current conservation plans involving ex-situ breeding and translocations in the south of Iberia would not be enough to maintain viable populations in the long term. On a positive note, we also showed that conservation efforts would be much more effective if the northern half of the Iberian Peninsula was considered for translocation of Lynx. This is because the suitability of the habitats is expected to increase there due to climate warming, while decreasing in the south where relict populations currently survive. I recently had a meeting with some of the managers dealing with the reintroduction plans for the Lynx to explain them the results in detail, and I believe they will be taken into account in the future reintroductions of this threatened species.

Josh Lawler says that many of the land managers and planners are “a bit wary of all of the uncertainty” associated with climate-driven species distribution projections and they want “something that is not just based on model projections.” You co-authored a paper that appeared in the journal Science earlier this year which presents a simpler alternative—using metrics at both the local and regional scale. Can you describe that alternative for our readers?

Our paper does not solve the problem of uncertainty. We start with the premise that we won’t be able to model the effects of climate change on all species because we lack information about them. Alternatively, we propose making a cleverer use of climate change forecasts and link them more directly to different aspects driving changes in the distributions and abundances of species.

Your lab’s web site states that your lab “has contributed to change the species distributions modelling practices in use until early 2000, helping setting the standards for new studies at the interface between biodiversity and climate change.” Can you elaborate on this? How have you and your colleagues changed the way scientists project climate-driven species movement?

When we started working in the field it was already established that ecological niche models, relating the distributions of species to aspects o climate, could be used for making projections of altered species distributions under climate change. However, little was known about their strengths and limitations and it was believed that because different methodologies were conceptually similar it did not matter which ones to use. We showed, for the first time, that uncertainties from these models could be greater than the uncertainties from climate models. Furthermore, we demonstrated that if large ensembles of equally plausible models were fitted we could both measure the uncertainties associated with the models and reduce them. Our findings were instrumental to defining best practices for modeling species distributions and are now taken into account in most studies assessing climate change impacts on species distributions.

Can you share examples of how your research has been applied to conservation actions that have been taken on the ground?

Perhaps the clearest case of one study in my lab having a direct impact on applied conservation action was the Lynx paper referred to in your first question. However, other studies dealing with the impacts of climate change on protected areas are also being looked at outside academia. For example, following our studies on the topic the Council of Europe commissioned me a technical report on climate change and protected areas. Eventually, the recommendations in this report might be taken into account by European institutions or individual member states. But I am not particularly worried about the immediacy with which scientific findings are translated into policy. There usually is a lag between a scientific discovery and its use in technology or policy. If our findings are good and robust they will eventually be used.

Your studies have not been limited to terrestrial species. You co-authored “Modelling distribution in European stream macroinvertebrates under future climates,” which appeared last year in the journal Global Change Biology. Since the life cycle of many macroinvertebrates involves them getting up out of a stream and flying, common sense suggests that they might have an advantage when it comes to climate-driven movement. Did you find this to be the case?

I am more familiar with terrestrial systems but the models we develop can be applied to any system. I have students using ecological niche models in marine contexts also, and the study you mention was a collaboration with German researchers working with stream macro-invertebrates. Notice we did not model movement directly. Just how much they would need to move to track climate changes.

Last year, you were awarded the prestigious Ebbe Nielsen Prize, by the Global Biodiversity Information Facility. I read that you planned to use the €30,000 prize towards developing an ‘Ecotron’ experimental facility to test predictions for how environmental change will affect the combination of species found in different locations and help inform conservation decisions. Have you begun this work? How can our readers learn more about it?

There is still not much to read because it is work in progress. Nevertheless we have now set our experimental system involving 192 artificial (mesocosm) ponds distributed across six locations in the Iberian Peninsula. Each location is characterized by a different climate. In each we will use novel genetic techniques to systematically sample the aquatic ecosystems, characterize food webs, and test predictions of how they will change when exposed to controlled climate change.

It looks as though you collaborate quite a bit with scientists in other parts of the world. Can you tell us about a recent collaboration that is most exciting to you?

Global change science is highly interdisciplinary and there is a degree of urgency in getting answers for the problems. Working in collaboration is, therefore, the most effective way to go. It is difficult to tell which of my recent collaborations is most exciting, as all of them are. But, perhaps I could single out the project with researchers from the Pontifical Catholic University of Chile. We experimentally measured thermal tolerances of a large number of lizards along the extremely sharp gradient of temperatures that exists in the country thanks to its latitudinal extent and elevation range. This study has revealed that tolerances to heat are highly conserved in the group, that is, they very similar among different species, whereas tolerances to cold vary depending on the environmental conditions present in the places where species live. This means that adaptation to cold is physiologically feasible in many circumstances but adaptation to warming is difficult when species are already exposed to high temperatures.

Climate change will cause invasive species to move, too. You contributed a chapter to the book Wildlife Conservation in a Changing Climate on Modeling Range Shifts for Invasive Vertebrates in Response to Climate Change. What can you tell us about this?

Humans have been the main driver of movement by intentionally or unintentionally moving species from one location to another. The process started with the expansion of agriculture and gained a global dimension with the European expansions to Asia, Africa, and the Americas in the 14th and 15th century. Climate change adds to this process of human-driven invasions because most species in the planet are warm-tolerant thus more easily established away from their native ranges if temperatures increase globally. This means that relatively species poor regions in colder parts of the globe will become suitable for colonization by many species living in warmer areas. Although this process of invasion may lead to local and regional increases in species richness it might also lead to range contractions or even extinctions of several cold-tolerant species. Globally, the consequence is a loss of diversity.

As practitioners, managers, and students of ecological restoration, conservation planning, and regenerative design, our readers can play a key role in facilitating species movement. What advice do you have for them about applying the latest science related to climate-driven species movement to their work?

Studies such as the ones developed in my lab identify areas that will important for species persistence under climate change. These can be ‘range retention’ areas where species are expected to locally persist despite climate change, or dispersal pathways required to reach new habitats as they are displaced with climate change. Not all areas predicted as climatically suitable for species will be suitable in practice, as they might overlap with areas of human development. Knowing where key areas are for future species conservation is a first step towards prioritizing them for restoration, conservation planning or regenerative design.