When most people visit Great Smoky Mountains National Park, they comment on how beautiful the landscape is, how healthy the streams and forests are, and how fascinating they find the thought of large mammals (elk, deer, bear, and cougar) roaming the landscape.  They drive, hike, and ride on trails and roads, marveling at the spring wildflowers and the scenic views. When contrasted to the landscapes they live in, the park is comparatively healthier and seems untouched. 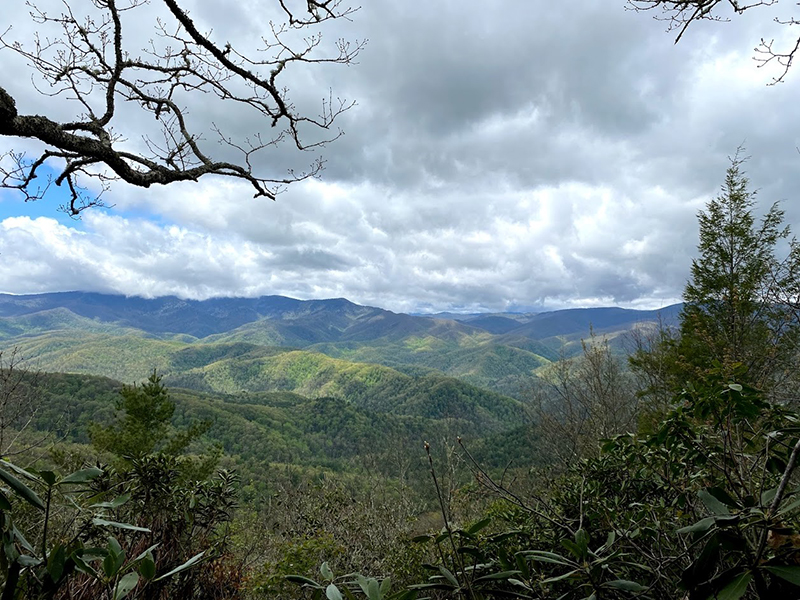 Last week I was camping in the park’s Cataloochee Valley, which once supported the largest human settlement within the park boundaries.  I realized the way I observe the park is different from the average person. As an ecological designer who focuses on healing landscapes and has a passion for what we might call ‘landscape forensics,’ I have spent the last 20 years learning about the impacts humans have on the natural landscape.  This awareness is what makes my vision of the landscape different than others. For me, it is about solving a puzzle–asking why the landscape is the way it is, and how might it have been originally.

When I walk through the Cataloochee Valley I notice the levee of creek rock placed along the top of the stream bank to prevent the road from being flooded and the ditches that drained the former wetlands to create drier fields for farming. Along the mountain slopes I see the wolf trees within the current forest that indicate the old fence line for the pastures, the apple trees that were part of the orchard, and the contours of the land that indicate an old road bed. These observations tell me the story of the place- about the farming community that was eradicated with the creation of the park. 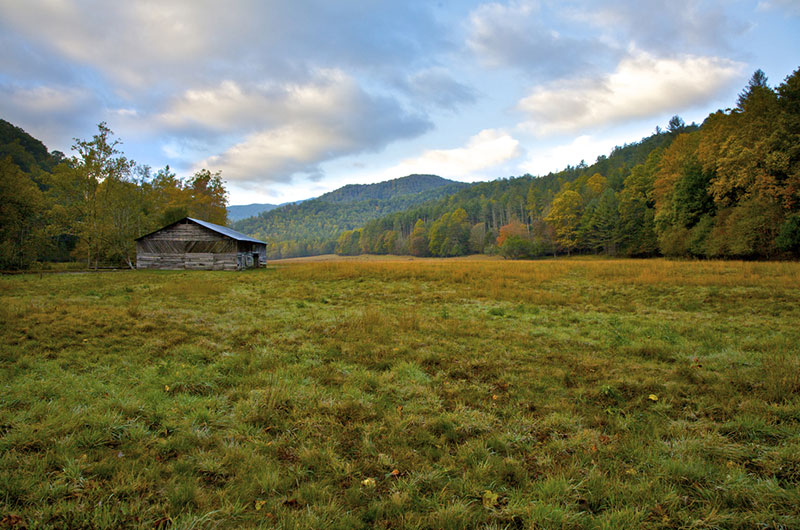 Even though they are not visible to many, the changes made by this community have impacted the evolution of the ecosystem to its current condition. Over the past 90 years, the ecosystem has evolved into a forest community, which is different than what was there before human settlement, but more diverse than what was there when humans were farming it. Most likely, what we are seeing is a drier ecosystem in the valley, the hydrology having been altered by the farming practices and not restored.

It makes one wonder, where will the ecosystem go next? In the early 2000s, elk were reintroduced, which caused a shift. Currently, it is changing with the impact of the hemlock woolly adelgid, (Adelges tsugae), which is causing the die-off of the Eastern Hemlock (Tsuga canadensis).  These dead trees litter the valley floor, which over time will modify the vegetative community through opening up spots in the canopy allowing new species to flourish. The stream system will also be impacted as the downed trees change the flow pattern by blocking flow, creating erosion as water finds a way around them, etc. New flow patterns will affect surface and groundwater dynamics, potentially creating new wetlands. The decomposing trees will also create a new source of carbon, allowing for nutrient processing and different vegetation to flourish.

Aldo Leopold had it right when he said, “One of the penalties of an ecological education is that one lives alone in a world of wounds. Much of the damage inflicted on the land is quite invisible to laymen. An ecologist must either harden his shell or make believe that the consequences are none of his business, or he must be the doctor who see the marks of death in a community that believes itself well and does not want to be told otherwise.”

Ecosystems are always changing, however human impacts cause a faster rate of change than nature. Whether by physically changing the land or causing the introduction of exotic species, humans have increased the rate of change within the Great Smoky Mountains National Park, and the ecosystems are responding. I did not have a chance to speak to anyone more familiar with the ecology of the park to understand the overall health of the landscape. But based on what I observed and know, it is healthier than the urban landscapes in which I work in every day.  The urban landscapes have many more human-caused stressors than the Great Smoky Mountains National Park, and they are struggling to respond. To improve the health of those landscapes, all we can do is educate others as to what we are seeing and continue the work to heal nature.