How is it that in a culture that has accepted items such as Silly Bandz and fidget spinners, the term “dead wood” has become a metaphor for people or things that are no longer useful? Dead wood is anything but useless.

Nowhere is the irony of this metaphor more apparent than in ecological restoration, where dead wood is a veritable multitool that is not just useful, but life-enforcing.

Much of this issue of Leaf Litter focuses specifically on engineered log jams for river and stream restoration, but that is just one of the many ways in which dead wood is used to regenerate degraded ecosystems.

Since the 1990s, dead wood has been used to create hydraulic structures for stream restoration, such as log vanes, check dams, log weirs, root wads and log sills. But beyond its use for bank protection and grade control, dead wood is proving to bring even more benefits to stream and river restoration. In recent years, restoration practitioners have begun using wood to create beaver dam analogs to raise water tables, reconnect and expand floodplains, increase base flows and hyporheic exchange, improve water quality, and add habitat complexity and diversity. 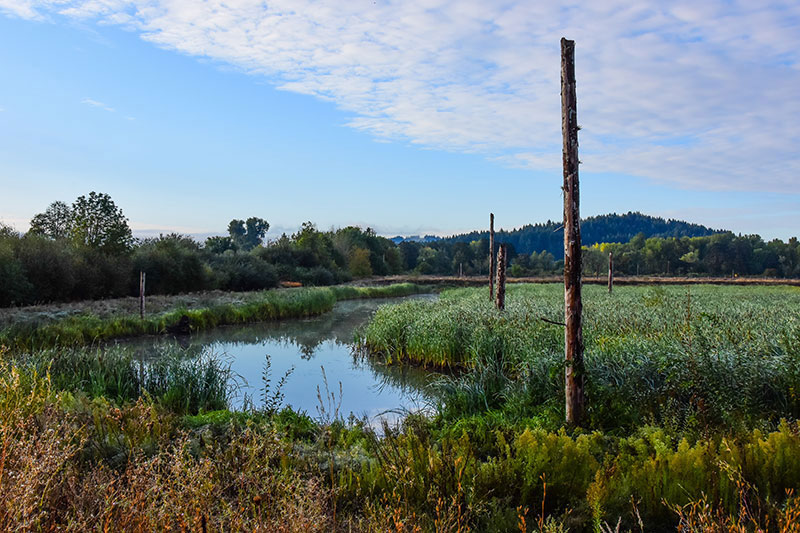 Dead wood is also critically important in forest, wetland, and riparian restoration. Standing dead trees (also called “snags”), downed trees and logs, and large branches—collectively referred to by what is perhaps the second worst wood-related misnomer, coarse woody debris (CWD)—serve two ecosystem functions: they provide the nutrition pool for a variety of living creatures at all trophic levels, and they offer specialized habitats for a variety of organisms. These two functions help preserve the biodiversity and the integrity of ecological processes in many natural ecosystems. CWD can add a significant amount of organic matter to the soil, which has the capability to bind and slowly release nitrogen, potassium, and phosphate that can be reused by other plants. It can also help soil retain moisture in the forest floor during periods of dry weather. On slopes, CWD can act as a soil stabilizer by slowing the movement of organic matter and soil downslope. 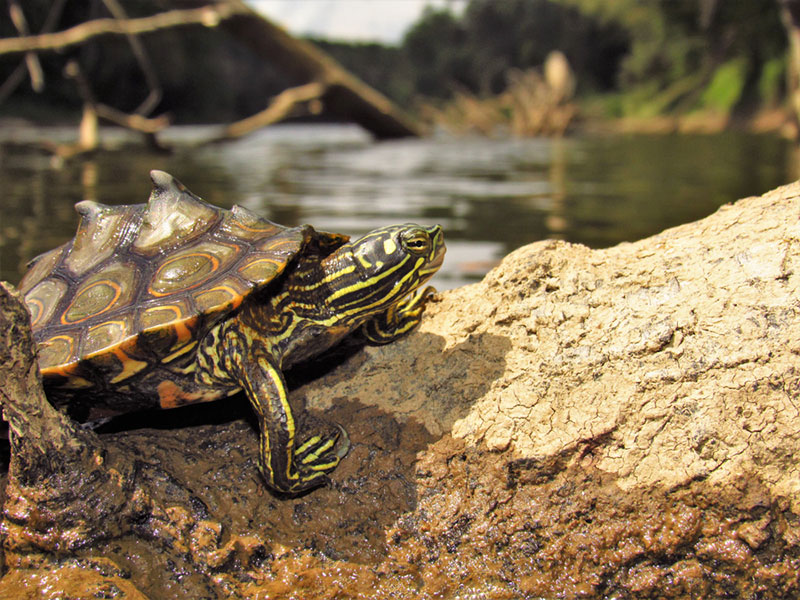 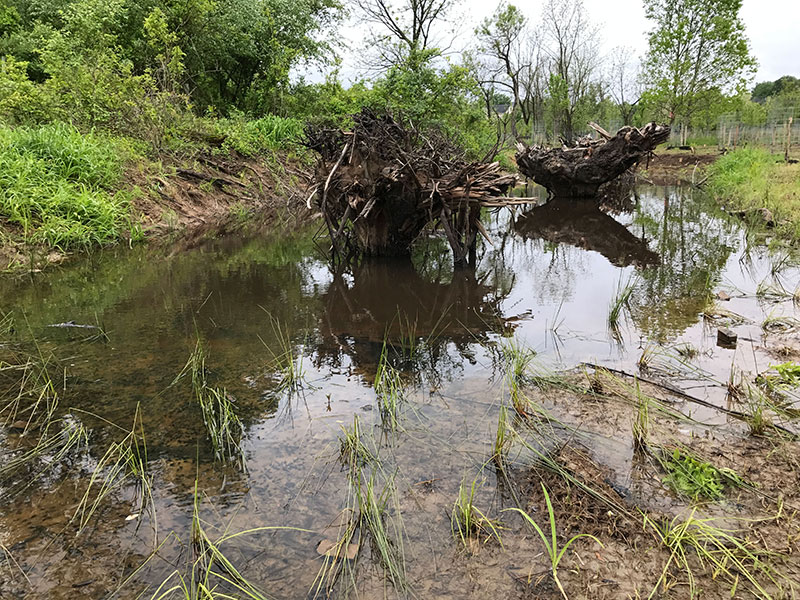 As habitat in a forest, CWD provides nursery-like conditions for trees to regenerate, food for many fungus and invertebrates, and protective cover for a variety of mammals and birds. It is also an indirect source of food for woodpeckers, and small and large mammals like rodents and black bears that feed on insects. Having CWD in forests supports healthy populations of these animals, which fosters biodiversity. 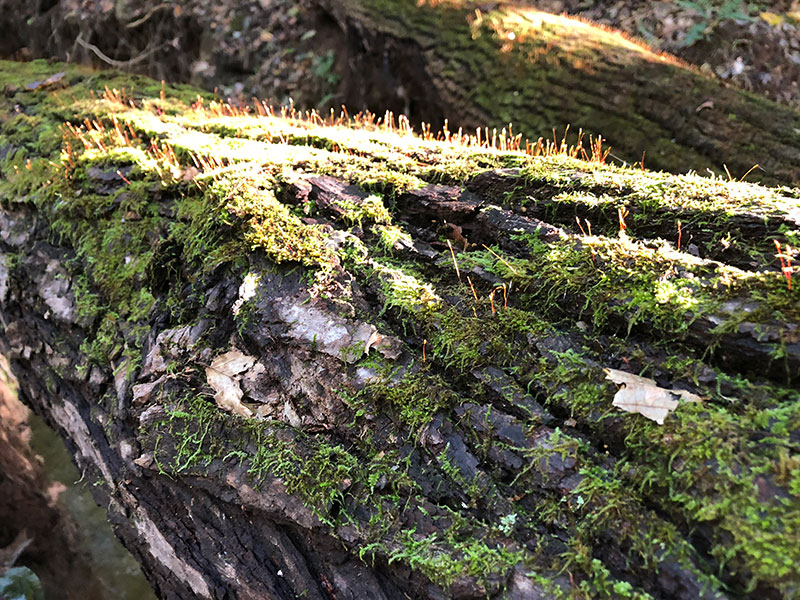 The variety of ways trees can be killed (fire, insects, decay fungi, flooding, drought, windthrow, etc.) influences the manner and rate of decay, which in turn determines what other organisms can use them. In addition to decay, the characteristics that affect the type and extent of CWD use by other organisms, includes physical orientation, size, and species of wood, as well as its overall abundance. For that reason, according to Biohabitats Arborist and Forester Bryon Salladin, it is important to incorporate CWD with diverse characteristics in order to maximize effective habitat value for a range of organisms. “This can be accomplished,” he said, “by retaining a variety of standing dead and dying trees in a variety of landscape positions, and by placing a variety of material on the ground across the site.” 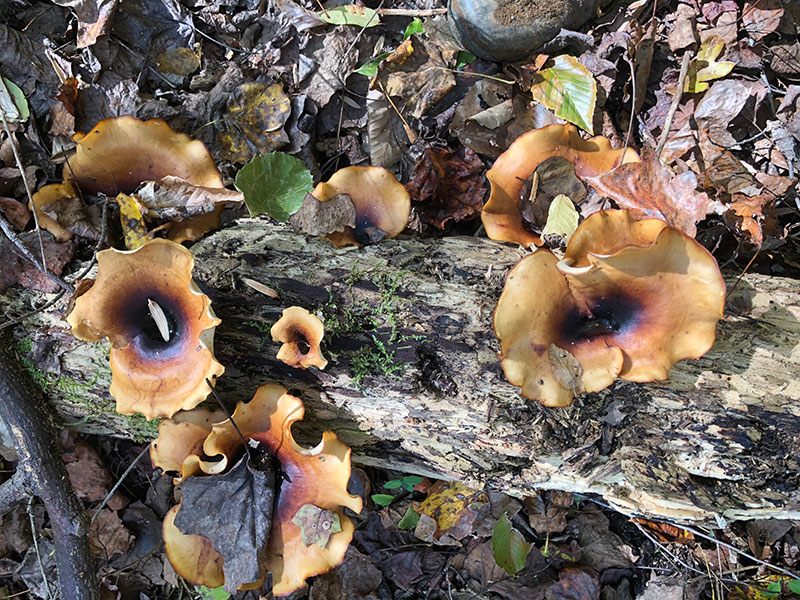 By “material,” Salladin doesn’t just mean large branches and logs. Chipped dead wood is a key ingredient in stream, wetland, and forest restoration. Biohabitats’ recipe for biologically active media combines 80% sand with 20% wood chips. This amendment not only adds absorbency to sandy soil, it replenishes top soil at a higher rate than would occur naturally, and it enhances carbon sequestration. Biochar, which is made by burning wood without air, is a powerful tool in restoration because of its ability to take up nutrients and filter water. According to Berg, one gram of biochar is the equivalent of three football fields worth of surface area. 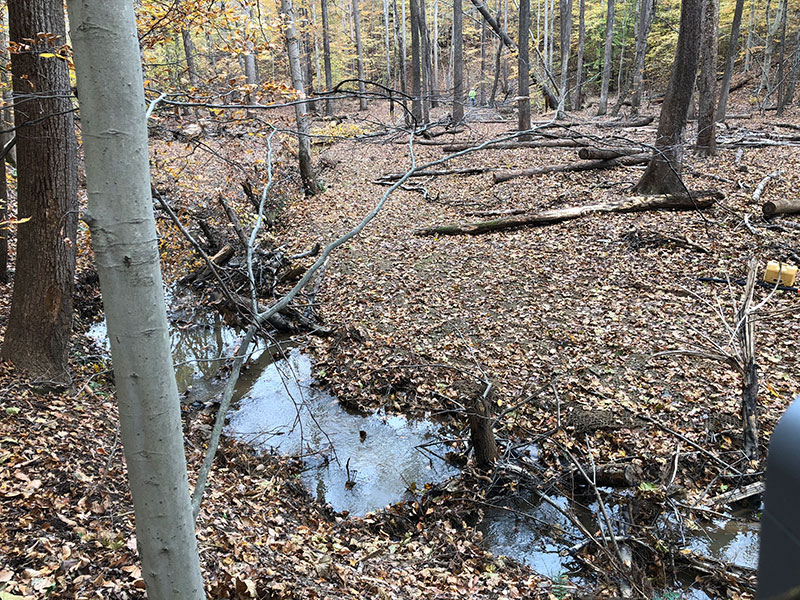 Many practitioners of urban ecosystem restoration take advantage of old, cut down street trees that would otherwise be taken to landfills or “stump dumps,” and use them to construct pedestrian bridges, picnic tables, and park benches that can facilitate enjoyment and use of a restored site. 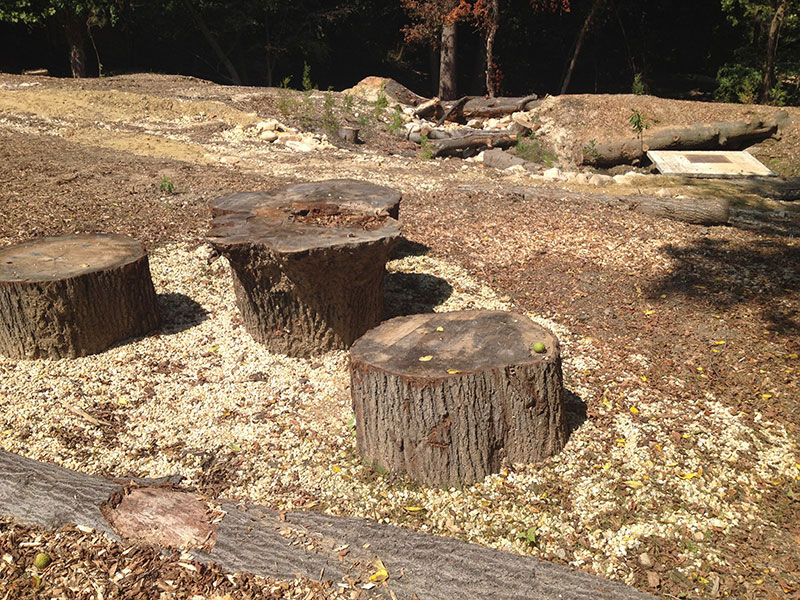 While it is unlikely that the ecological restoration community can reverse an unsuitable figure of speech, we can all agree that when it comes to reviving degraded ecosystems, dead wood is anything but useless.