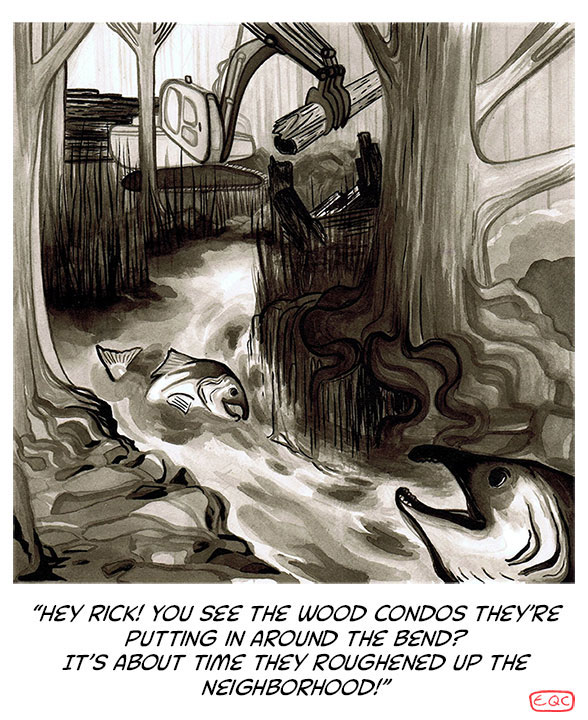 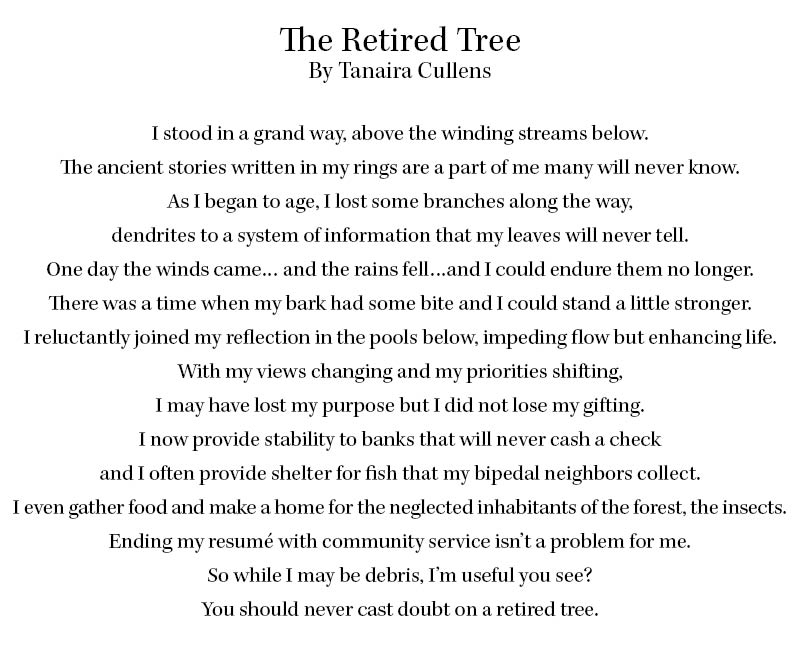 Head over to Hillsboro, by James Way

It was a brisk January morning when my wife and I headed to Orenco Woods Nature Park in Hillsboro, Oregon. We had signed up for a class on lichens of the Pacific Northwest, a program hosted by Metro. Once our heads were sufficiently full of information about the forms of the photosynthetic algae and fungi symbiotes, we took to the trails. Before we stopped at our first field sample we encountered a giant woven wood sculpture, a magnificent feat that beckoned us back upon completing the lichen tour. Monumental heads!

Standing nearly 18 feet tall and occupying an area 30 feet by 60 feet, seven heads rise from the ground amidst a group of Douglas firs, as if part of the copse. We explored their structure. We slipped between their volumes. We entered into their gaping mouths. What could have induced claustrophobia was more intimate than expected. The confine of their small diameters was relieved by their height. The woven wood lent a filigree texture admitting soft light. Straps held these empty noggins to trees, surrogate bodies protecting from sudden gusts that might otherwise send them rolling. The taut manipulation of the bent branches was palpable. The scale of the heads and the handiwork that went into them challenged the grandeur of the firs, but their expressions, almost cartoonish, belied a playful invitation. 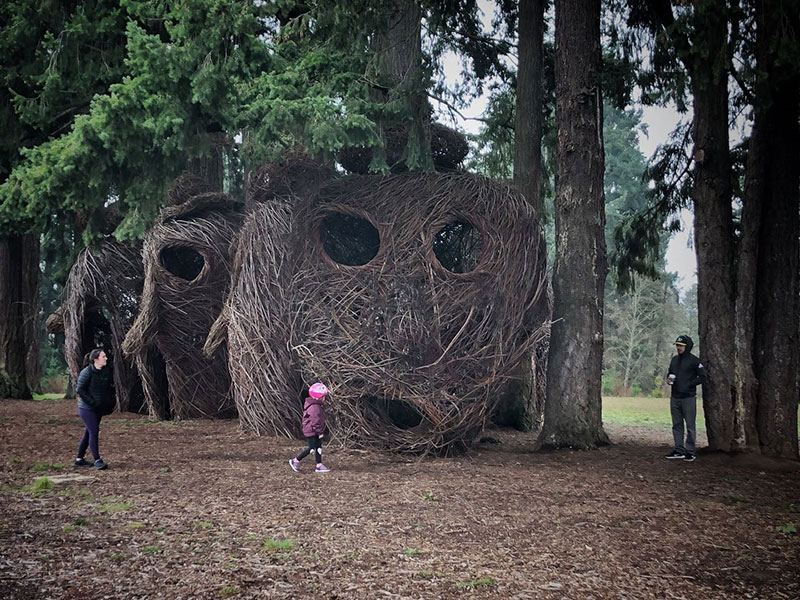 Inciting wonderment, the artifacts clearly demanded passersby to satisfy their curiosity. Nary a child could be beckoned back to their calling parents, who weren’t reluctant to approach the heads…and even linger. Thankfully there was an informational placard that gave more than title, artist, and year—Head Over Heels, Patrick Dougherty, 2017. It took more than 150 volunteers over 1000 hours to create the sculpture from the locally gathered willow and red twig dogwood branches. A result of the Hillsboro Public Art program, the sculpture is expected to survive two to four years. Already at a year and a half the branches were beginning to peel away, projecting wildly into the air. 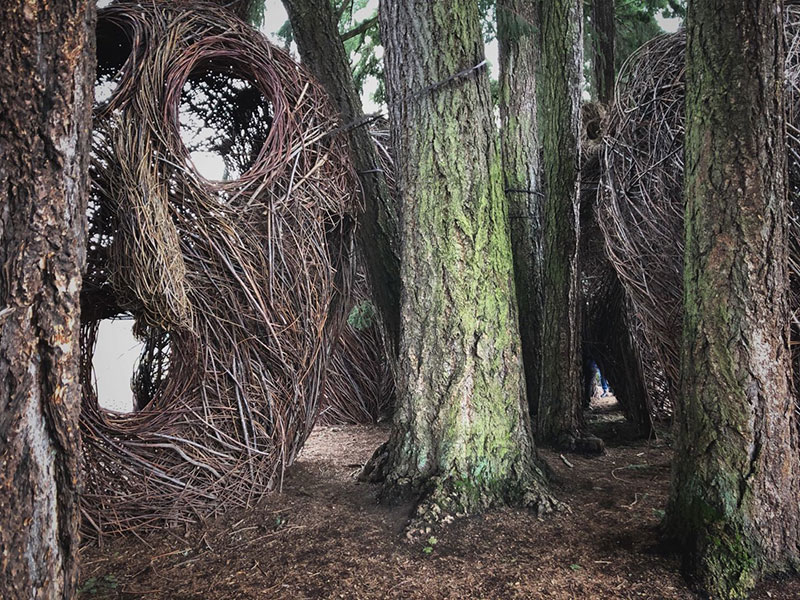 Chances are that one of Dougherty’s sculptures is or has been near your neighborhood. Having made over 250 “Stickwork” sculptures worldwide over the past three decades, the artist produces about ten sculptures per year—17 already since Head Over Heels went up in April 2017. While lichens don’t root and can use nearly any surface as a substrate, the heads remained firmly anchored, fairly clean, with a much shorter life expectancy than the adjacent lichen laced firs.