In the 16 years since launching Leaf Litter, we have explored the intersection of ecology with so many topics and issues, including environmental justice, public health, art, climate change, Indigenous rights, youth environmental activism, and the rights of nature. Imagine our delight when we discovered that there was an organization focused on the interconnectedness of all of those issues. That organization is Bioneers.

In This Issue What is Bioneers? Expert Q&A: Bioneers Co-Founders Kenny Ausubel & Nina Simons Meet Some Bioneers A Youth Leader's First Bioneers Conference Reflections: How Bioneers Has Impacted My Career as an Engineer Encounters: Who Attends the Bioneers Conference? Biohabitats Projects, Places, and People

While many nonprofits can be summarily described in a sentence that reads something like, “Organization X works toward its mission of Y by doing Z,” this is not quite the case with Bioneers. That is because Bioneers is not just a nonprofit organization. It is a community. On the Bioneers website, the organization describes itself as “a fertile hub of game-changing social and scientific innovators with breakthrough solutions for the world’s most pressing environmental and social challenges.” It is an ever-expanding constellation of networks, and those networks are made up of people and organizations who are turning to nature and applying systems thinking to create a more just and sustainable world. The prefix “inter“ comes in handy when describing the Bioneers community. It is international, intergenerational, and interdisciplinary. It is also intersectional, as the people of Bioneers recognize that none of today’s most pressing issues can be addressed in isolation. 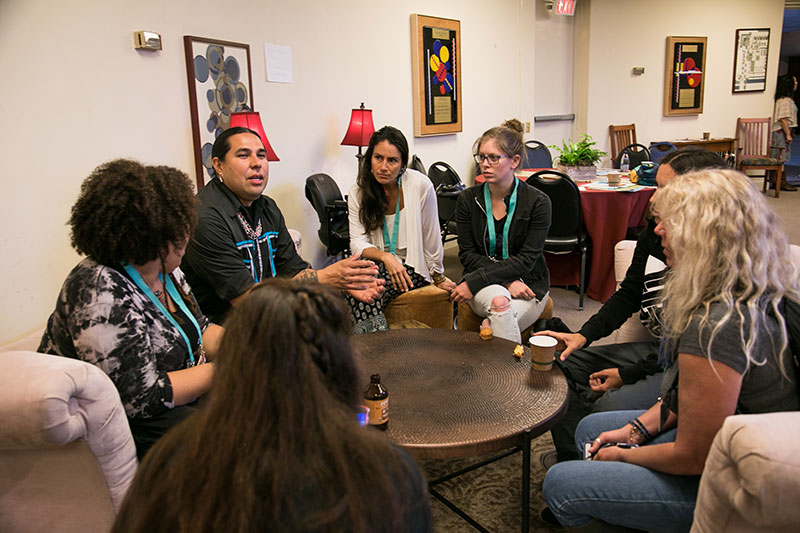 Attendees at a Bioneers Conference. Photo by Republic of Light

At the nucleus of this network of networks are its founders, social entrepreneurs Kenny Ausubel and Nina Simons. Before creating Bioneers, the married partners collaborated on several socially and environmentally focused projects, including the organic seed company, Seeds of Change, which Kenny co-founded. In doing so, they encountered many like-minded “solutionaries.” In 1990, Ausubel and Simons launched the organization by bringing those people together by holding the first Bioneers Conference. According to Ausubel, that first conference, “turned into something like a revival meeting. People were so grateful to find each other. We had all these people working across disparate fields that were siloed.” 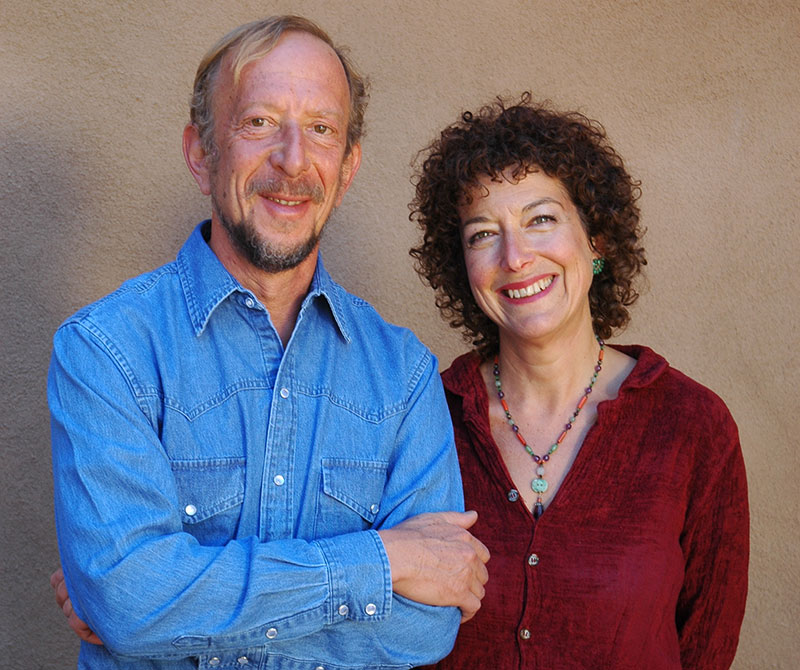 The Bioneers Conference remains the centerpiece of the organization’s work, and it now draws more than 3,000-4,000 participants. The conference includes three full days of keynote speakers, concurrent sessions on 13 key topics, and special forums and events for youth, women and Indigenous peoples. The powerful keynote talks have been likened to TED Talks in terms of their impact and have featured innovators and visionaries such as Jane Goodall, Michael Pollan, Van Jones, Winona LaDuke, public policy expert, Heather McGee, journalist Amy Goodman, integrative medicine founder Andrew Weil, playwright Eve Ensler, physicist Fritjof Capra, and Indigenous youth leader Xiuhtezcatl Martinez. Conference participants are not just informed and inspired by the words of speakers. Integrated throughout the weekend-long event are art installations, films, live music and poetry, and participatory and performed dance.

“…OR THE WHALE” BY ARTIST JOE SANCES, WITH IMAGES OF HUMAN AND ENVIRONMENTAL EXPLOITATION AND DESTRUCTION, ON DISPLAY AT THE 2019 BIONEERS CONFERENCE

In addition to the conference, Bioneers connects people with solutions and each other through award-winning media, local events, and visionary programs and initiatives. The organization’s programming is focused on six core areas.

Woven throughout the Bioneers organization is the recognition that Indigenous peoples are the original “bioneers” and that the guiding principles, values, ethics, and social processes of many Indigenous communities are powerful models for solving today’s most pressing environmental and social challenges. “Whether we are educators, in governance, or designing for public spaces,” said Simons, “we would all benefit from the influence of traditional ecological knowledge and traditional wisdom cultures. Bioneers’ native-led Indigeneity program promotes Indigenous leadership, cultural survival, human rights, land rights, Traditional Ecological Knowledge and cultural wisdom. 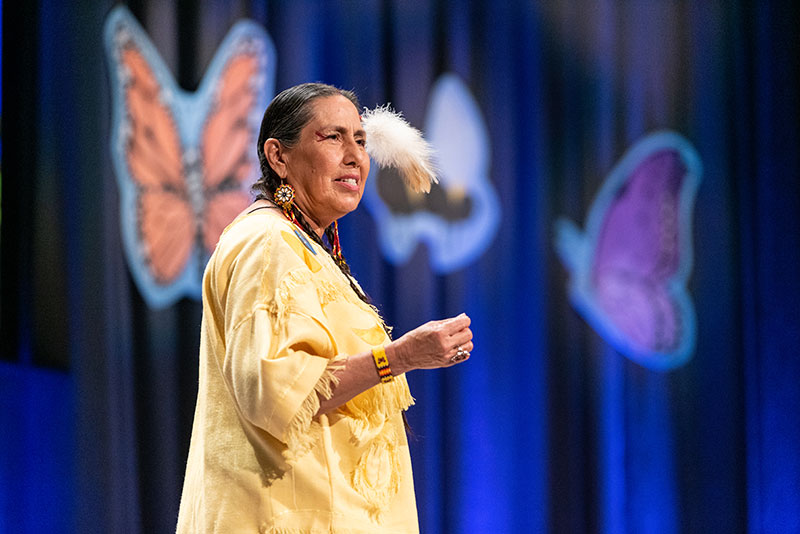 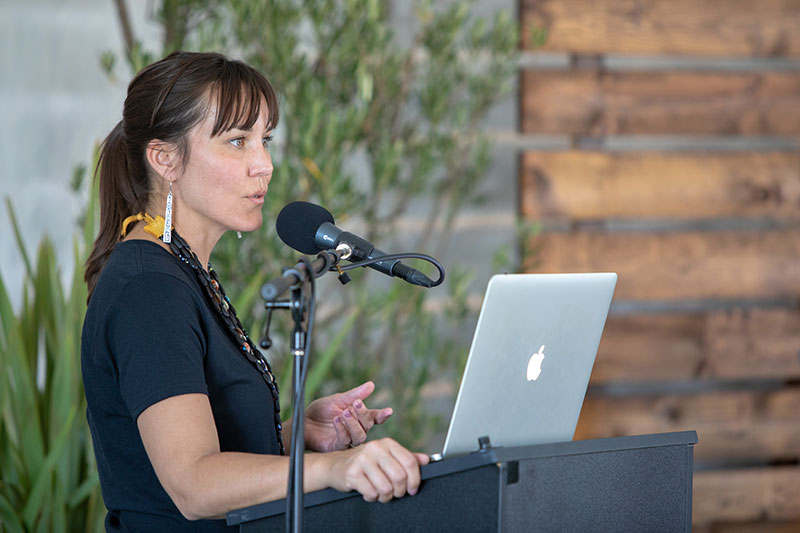 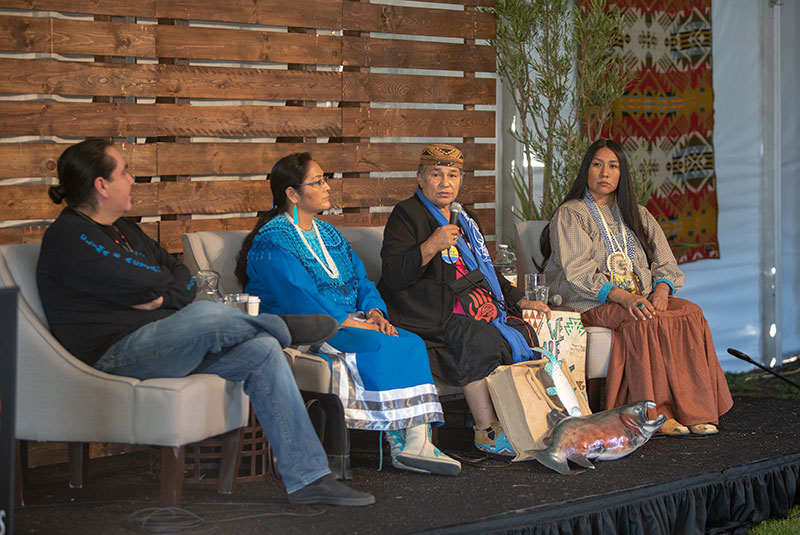 Bioneers’ Indigeneity program also hosts intensive, hands-on Traditional Ecological Knowledge workshops, creates Indigenous-centric media, and supports the rights and leadership of First Peoples. Indigenous people are not just part of Bioneers’ Conference and programming, they are on the organization’s Board.

When you hand over the power, we can create what we need, not what other people think we need.

“Kenny and Nina, the founders of Bioneers, did what many organizations that attempt to work with Indigenous Peoples do not – they gave us the power to create an autonomous Native-led program that we envisioned and developed,” said Romero. “When you hand over the power, we can create what we need, not what other people think we need. We can also make sure that we practice respect and honor intertribal protocols intrinsic to cross-cultural trust.” That trust is coming into play as the organization pursues one of its current priority action initiatives. Under the leadership of Romero, Bioneers is partnering with the Community Environmental Legal Defense Fund to help advance Indigenous rights by using a Rights of Nature framework. 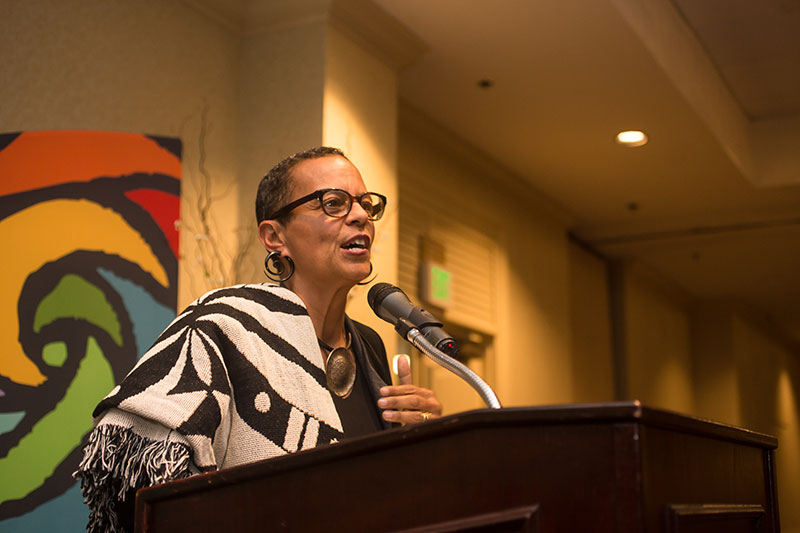 Throughout the last three decades, Bioneers has worked to amplify the voices of women. “I became increasingly convinced that much of what was not working in the world could be seen as an imbalance between ‘masculine’ and ‘feminine’ in our society,” said Simons. “That really led me to a focus on women’s leadership and re-imagining leadership.”

In earlier years, the organization hosted intensive women’s leadership workshops in which participants worked together to shed the patterns and biases inherited from a patriarchal culture and strengthen feminine-centered leadership skills. 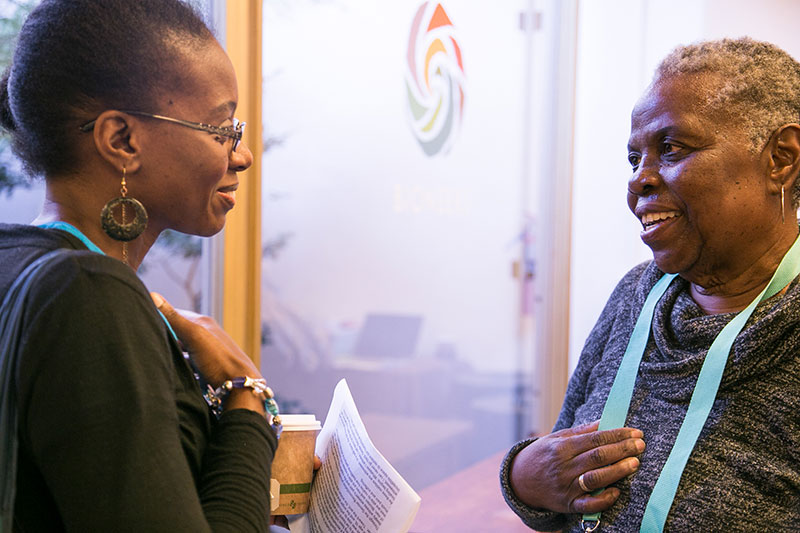 Today, Everywoman’s Leadership works to bring those messages to larger audiences by showcasing in the Bioneers conference, podcasts, and videos hundreds of female and male leaders who practice leadership is that is relational, collaborative, culturally diverse, intergenerational, and appreciative of differences. 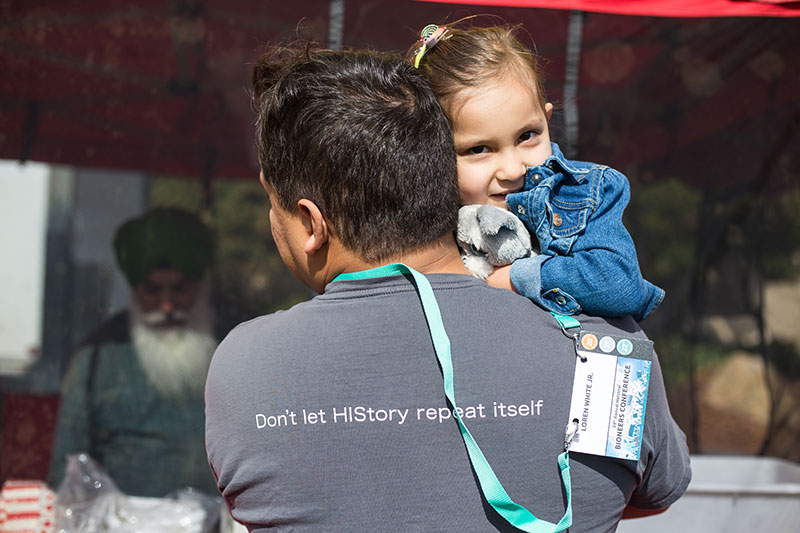 Simons believes that feminine-centered leadership is also critical to design. “My enthusiasm about the flourishing of green design has to do with not only how we are increasing our relationship to the natural world throughout the built environment,” she said, “but how we help design the spaces that we’re in to encourage the shifts in civilizational values– from a competitive, hierarchical culture to one of revolutionary love–that are most needed to avoid climate disaster.” 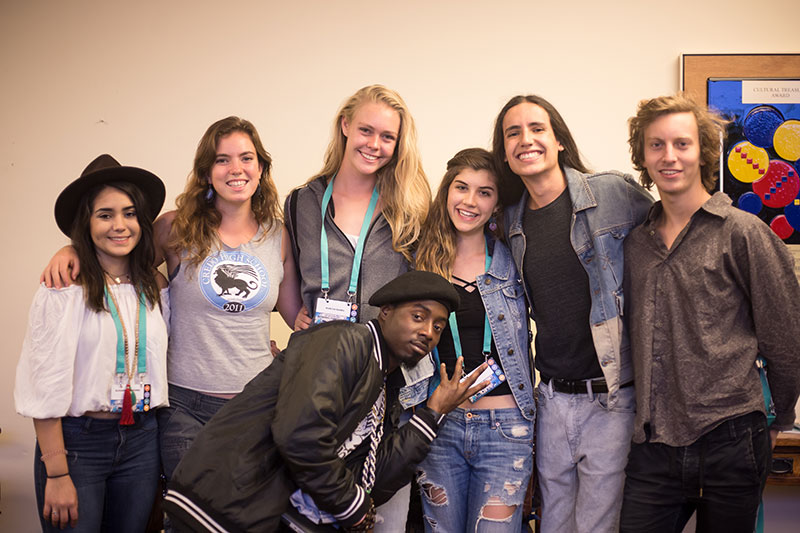 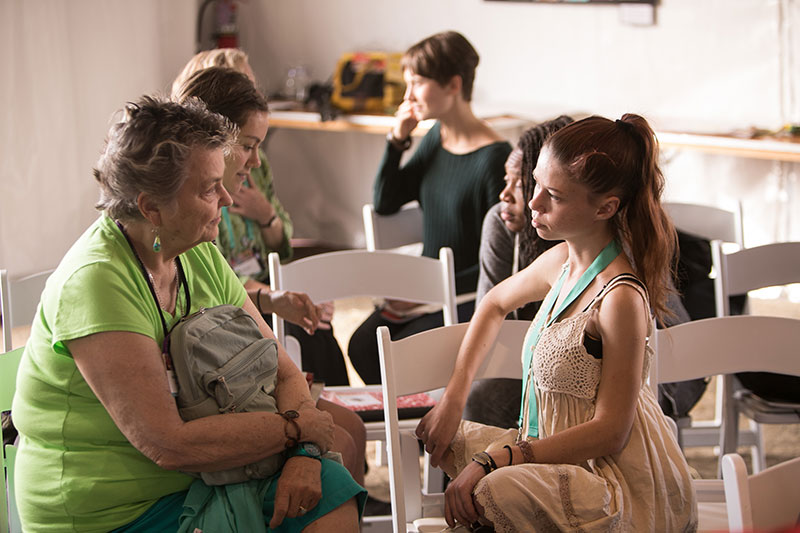 The Bioneers Youth Scholarship program enables more than 400 people aged 13-22 with financial needs to attend the conference. The Scholarship program supports many rising leaders, like Vanessa Rebentisch, who attended her first Bioneers Conference this year. Just like the issues it addresses, the core programs of Bioneers intersect. The Youth Leadership and Indigeneity programs are currently collaborating to create an educational model for cross-cultural understanding between Native and non-Native students.

We are being given role models, in the form of some of the leaders of Black Lives Matter and immigrants’ rights movements and in the Indigenous and young people rising up around the world… that we would all do well to pay greater heed to.

The Youth Leadership program was launched in 2001, in response to a call from 2000 Bioneers keynote speaker Julia Butterfly Hill to engage more young people. Today, according to Simons, young people comprise 20% of the Bioneers audience. “We are being given role models,” said Simons “in the form of some of the leaders of Black Lives Matter and immigrants’ rights movements and in the Indigenous and young people rising up around the world with an urgency and a clarity of focus about climate justice that we would all do well to pay greater heed to.”

Given the organization’s origins (see our Expert Q&A with Bioneers co-founders Kenny Ausubel and Nina Simons), it is not surprising that a shift toward an ecologically based, humane, and socially resilient, healthy food system is one of its key areas of focus. 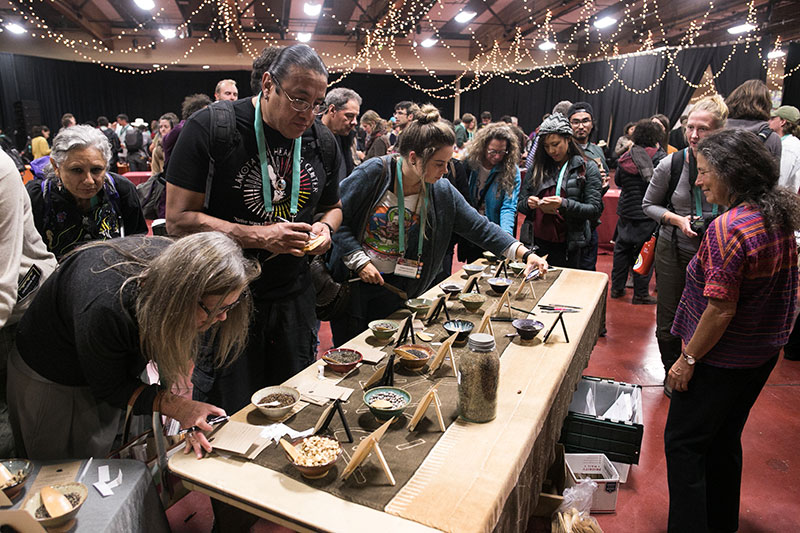 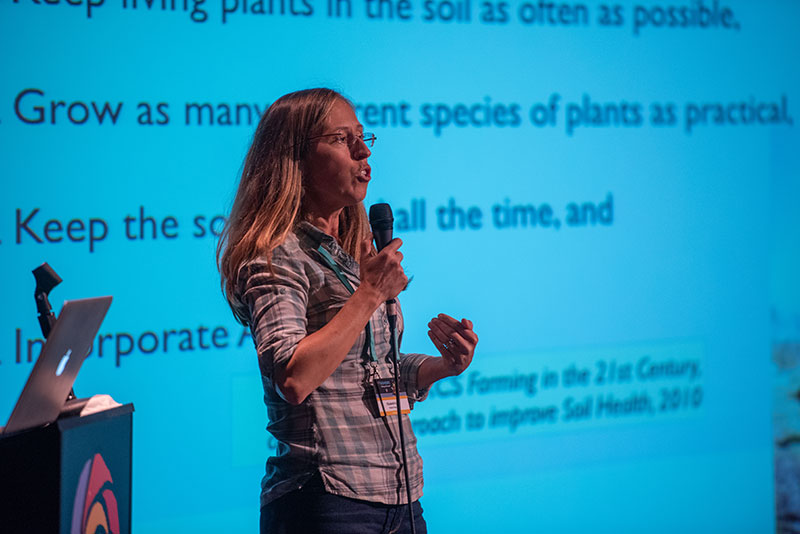 As with its other core focus areas, Bioneers works to spread the methods and messages of its Restorative Food Systems program through professionally produced videos, podcasts, publications, and other forms of media. Bioneers has also led specific action initiatives to advance In 2006, for example, Bioneers produced Dreaming New Mexico: An Age of Local Foodsheds and a Fair Trade State, a project that resulted in the creation of an atlas of food system sustainability for New Mexico and provided a model for a state-level, socially just food system. That project was led by legendary ecologist, the late Peter Warshall. 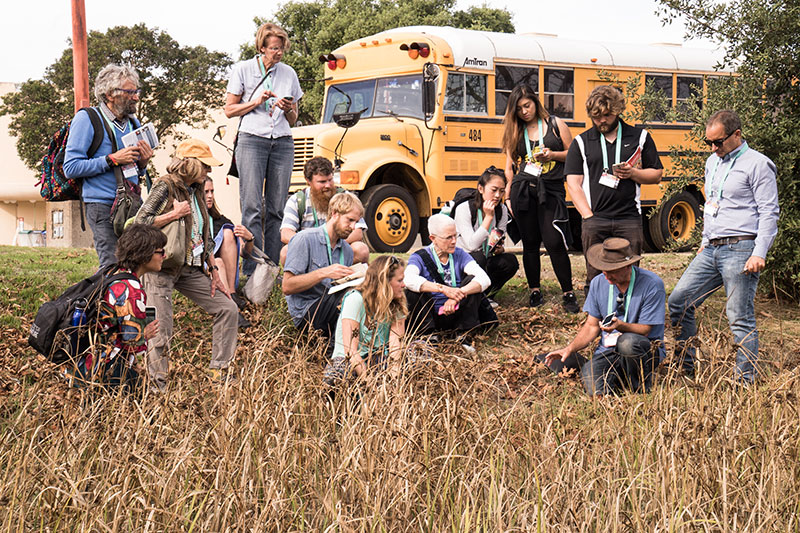 Bioneers Food and Farming Intentive. Photo by Republic of Light

Bioneers’ media is as powerful as its messages. That is because the organization makes it a priority to produce and distribute high-quality content for multiple platforms. 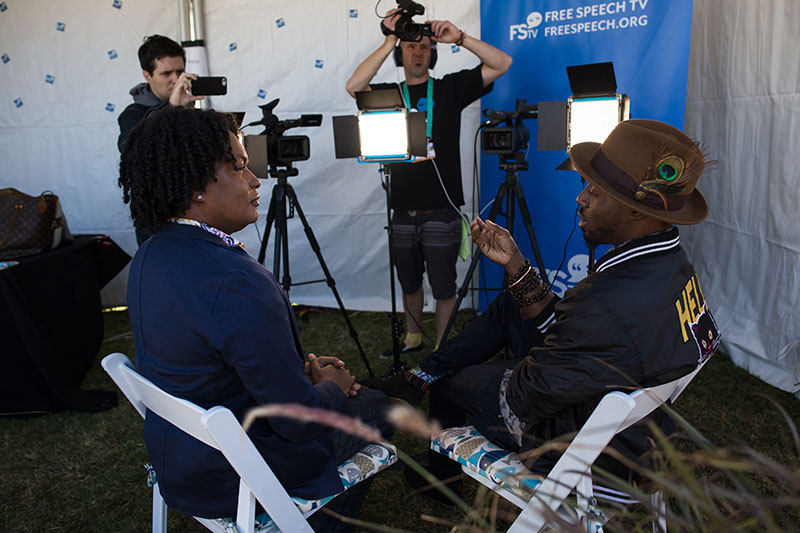 Bioneers’ massive media menu offers a smorgasbord of information and inspiration related to its 13 topic areas and the healing of people and planet. Its offerings include Bioneers’ award-winning radio series, which is now in its 18th year, a vast video library of keynote talks and compelling stories, books, podcasts, articles, and media collections which offer deep dives into topics such as the Green New Deal and Carbon Farming. 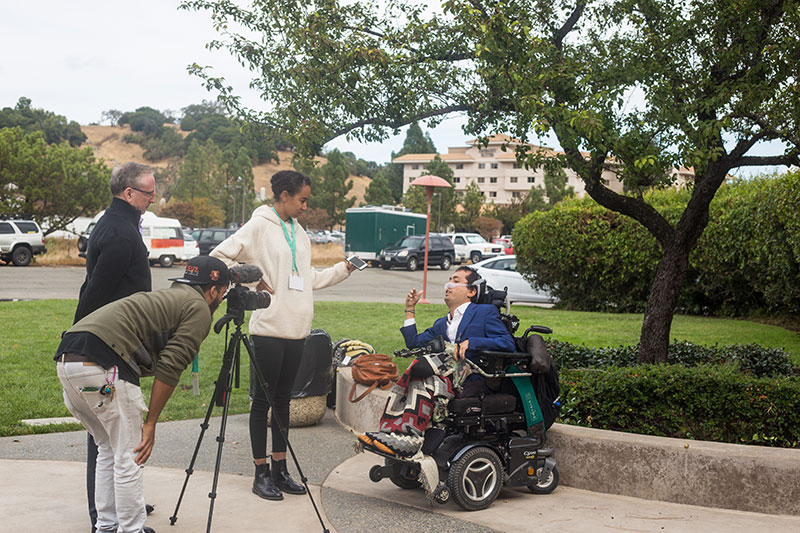 In addition to bringing diverse, visionary thinkers and problem solvers together to act, Bioneers itself has taken action to help implement and scale up the kinds of solutions created by members of the Bioneers community. They are high-leverage, game-changing projects that can really move the needle and help bring these practices to scale in strategic collaborations with esteemed partners.

In addition to the organization’s work with the Community Environmental Legal Defense Fund to help advance Indigenous rights by establishing Rights of Nature frameworks, Bioneers is engaged two California-based action initiatives. They are collaborating with the Biomimicry Institute and Ten Strands, a nonprofit working to advance environmental literacy among K–12 students in California, to incorporate biomimicry into the California K-12 curriculum. They are doing this by providing workshops for middle and high school teachers that demonstrate the use of biomimicry STEAM education. 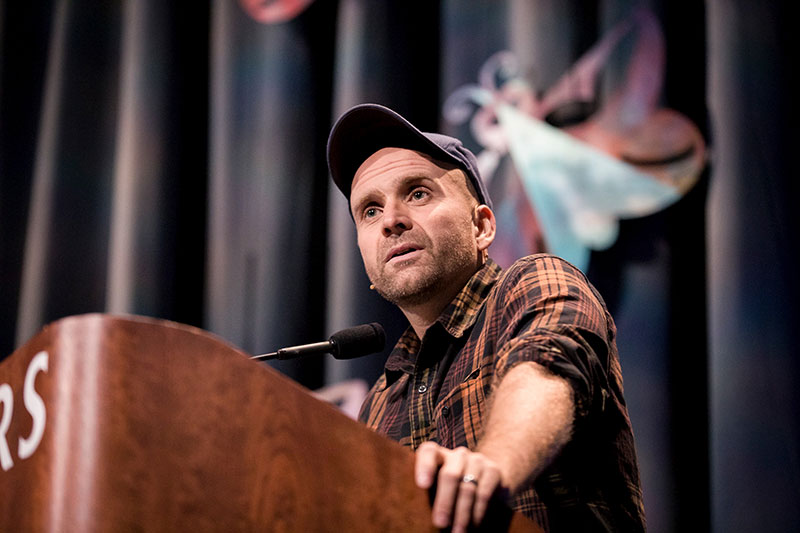 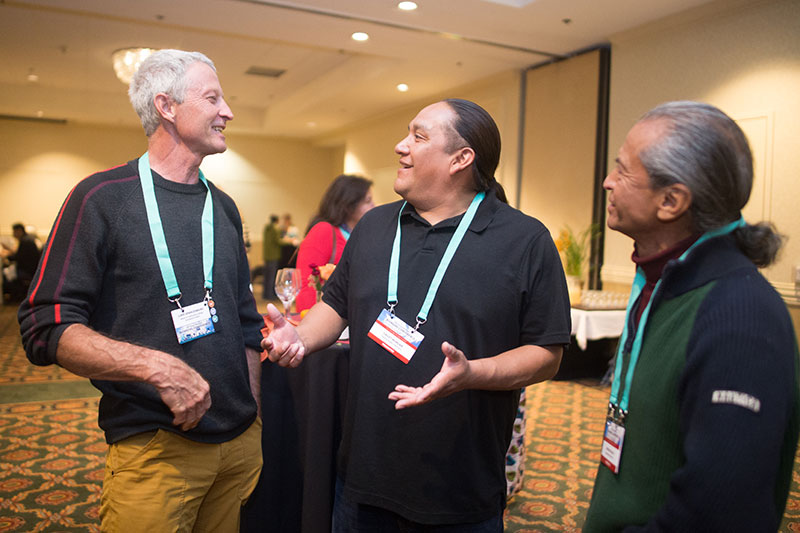 Through its action initiatives, its annual conference, and its core programs, Bioneers has sparked connections, ideas, and positive outcomes too numerous to count. Several of these outcomes are summarized in Bioneers’ 25th Anniversary Yearbook. “In 1990, we could count the genuinely significant paradigm-shifting innovators and projects in a given field on one or two hands,” wrote Ausubel in that publication. “Today it’s impossible to keep up with the avalanche of players and solutions in even one field that we track.” 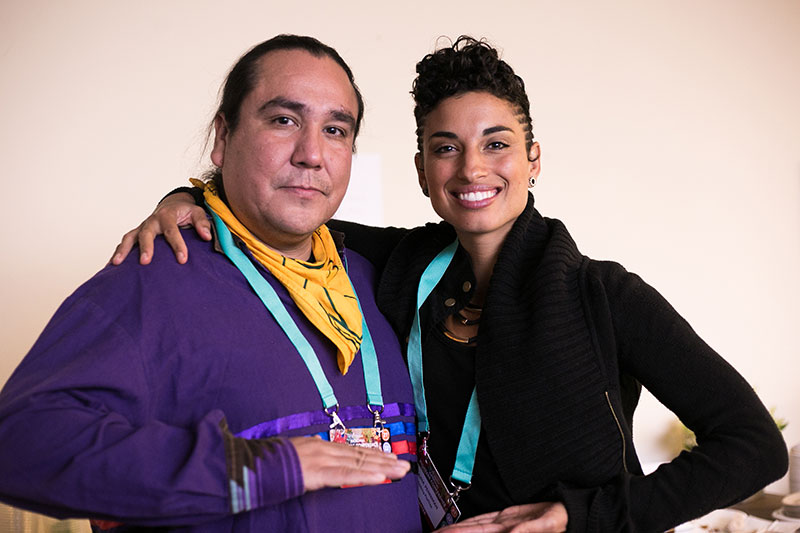 Bioneers and its members have co-created a community in which turning to nature, Indigenous wisdom, love, restorative practices, and systems thinking for solutions to solve pressing, overlapping environmental and social problems is the norm. If that sounds like your kind of community, please visit the Bioneers website to learn about all that it has to offer. 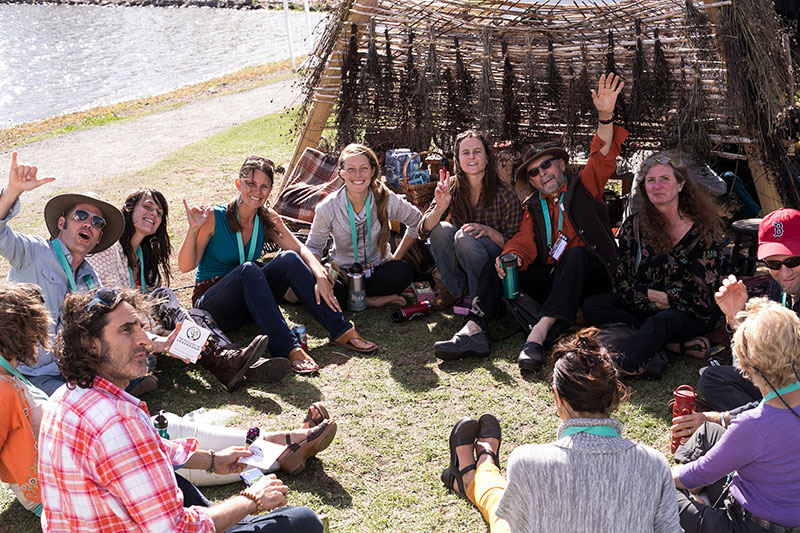