This past Sunday, I achieved the impossible: I managed to persuade my two teenagers to put their phones away and join me for a walk in the woods. This may not sound like a big deal, especially considering the fact that we live less than two miles from a 16,000-acre state park that extends 32 miles along the Patapsco River and includes something like 200 trails. But trust me, it was. When my kids were younger, we spent countless hours in this park. We hiked and biked its trails, pausing to nibble Cheerios or trail mix. We played on its many playgrounds. We waded into, skipped stones on, and watched great blue herons take flight from its river. But I couldn’t tell you the last time we were all in that park together.

I realize that there are teenagers out there who would happily head into the woods—even if they had to do so with a parent. There are plenty of teens who dream of being river guides, who spend their summers hiking the Appalachian Trail or taking NOLS courses, and who know how to build a fire and make shelter in the wild. Sadly, these are not my kids. My teens would rather make Tik Toks than a fire. They’d rather scroll Instagram, or possibly eat glass than go for a hike with their mother.

But I needed that hike. My normal, low-level anxiety had risen in concert with each increasingly alarming COVID-19-related news bulletin and closure announcement and by Sunday, it was hovering somewhere between mid-level and stratospheric. I needed to move, to breathe, and to calm down. I felt drawn to the woods, and I wanted my kids, boyfriend, and dog with me. I knew better than to ask if they’d like to join, so I simply declared, “Get your shoes on, guys. We’re heading to the Patapsco.” I steeled myself for the resistance. They eye-roll. The excuses. Oddly, none came. It occurred to me that despite their outer cool, my kids might be feeling as freaked out as I was. Perhaps they, too, sought the solace of a place devoid of news updates. Where no one talked of toilet paper shortages and lockdowns. A place where tweets came from actual birds. 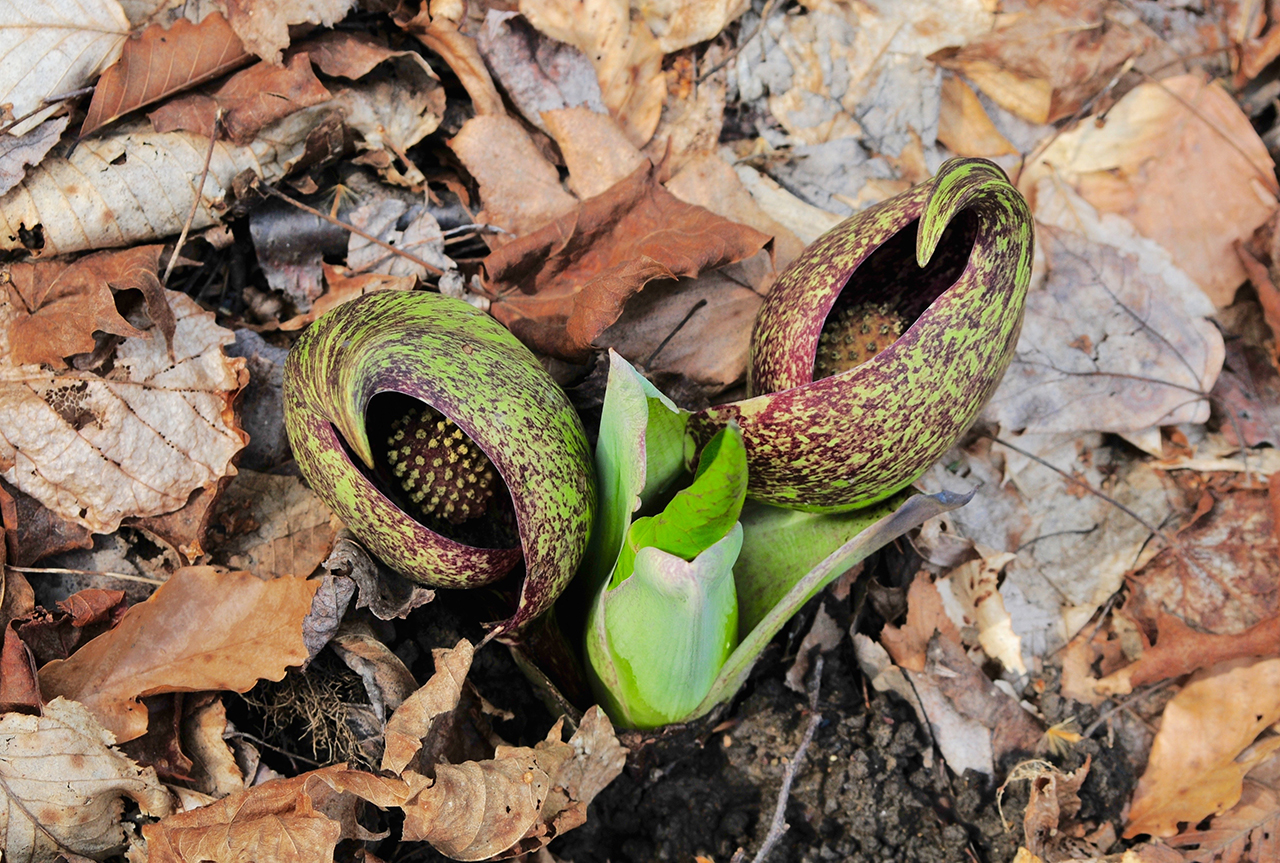 So off we went. The dog—normally a bit of a couch potato—sprinted many meters down the trail, only to sprint back to us, again and again, making us laugh. Our hike included multiple stream crossings, so we were frequently accompanied by the sounds of water rippling through riffles. My boyfriend picked up pawpaw (Asimina triloba) seeds that were scattered all over the forest floor, along with early spring ephemerals. My son—the same kid who is so phone addicted I once feared he might forget how to lift his gaze and look forward—not only noticed the emerging skunk cabbage (Symplocarpus foetidus) but asked what it was.

At one point, my daughter and I stopped for a water break. While she dug her water bottle out of the daypack, I leaned against a trailside tree. Feeling its hard ridges press into my back, I turned to look at it. Its thin, sinewy trunk was twisted, resembling a human muscle made of many thin fibers. It was an American hornbeam (Carpinus caroliniana). I stared for a minute at those fibers, suddenly moved by their strength and beauty. Out of nowhere, the words of an ecologist colleague came to mind.

In the office lunchroom one day a few years ago, when I was fretting about fracking, thawing permafrost, habitat fragmentation, or some other environmental horror, my colleague simply smiled and said to me, “Amy, nature is going to be just fine. Nature adapts and regenerates. Trust me, it will be fine… we humans may just not be here to see it.”

Admittedly, that last bit—the part about us humans not being here—evoked in me an undeniable sadness at the time. It still does. But the whole “nature is going to be fine” part? For whatever reason, as I stood there staring at the wooden muscle of the American hornbeam on Sunday, I found that truth to be incredibly comforting. While everything around us is, quite literally, shutting down.. while the world seems entirely off-kilter, nature simply carries on. Not even a pandemic can cancel nature.

When we arrived home that day, my daughter turned to me and said, “That was fun, Mom.”

Because I, too, put my phone away before we began our hike that day, I have no photos to post from the experience. What I would like to share, however, is a reminder that nature does endure, as does its power to soothe, to calm, and to bring us together even in the most uncertain of times.

Repercussions of a repealed stormwater fee in Baltimore County
Can agriculture reclaim its significance to urban life?
Thoughts On Adaptive Management
Thoughts on Biocultural and Ecogastronomic Restoration
Thoughts on Novel Ecosystems