Nature is Teaching. Are We Listening?

While we wait for coastal retreat strategies to take hold, senior ecologist and leader of Biohabitats’ Hudson River Bioregion office, Terry Doss, visits the beaches of New York and New Jersey. There, she finds peace, inspiration, and nature’s guidebook for coastal restoration.

The beach is where I find my peace. The expansive skies, sandy beach, salty air and crashing surf work together to free my mind and renew my soul. 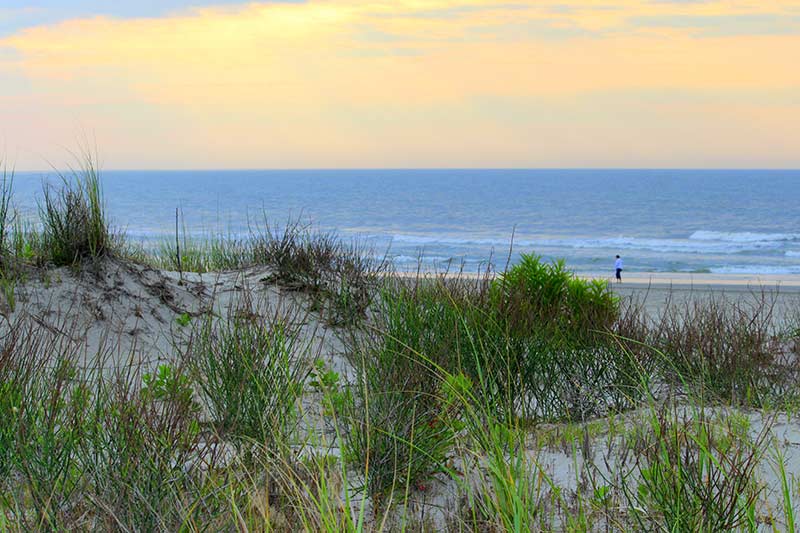 I chose my career based on my love of the beach. My work now focuses on the restoration of the coast and its natural features. From restoring shorelines and marshes, to monitoring piping plovers on newly nourished dunes and beaches, I have found a way to link my passion together with my work. 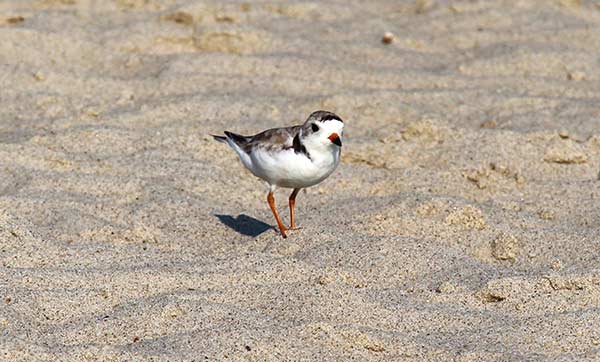 In the last few years, there has been a renewed focus on coastal restoration here in the NY/NJ harbor area. With the onslaught of Superstorm Sandy in October 2012, we watched as our built environment along the coast was ripped out by the 14-foot storm surge. 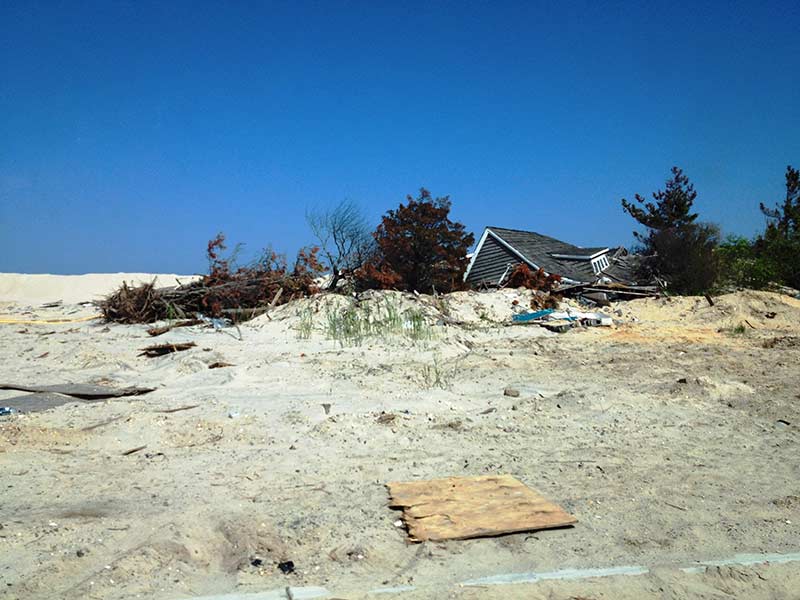 But what we also witnessed was the strength of our natural resources. Our beaches, wetlands, dunes and other natural coastline features were still standing. And where these natural features existed, destruction from the storm was lessened in the adjacent upland areas. 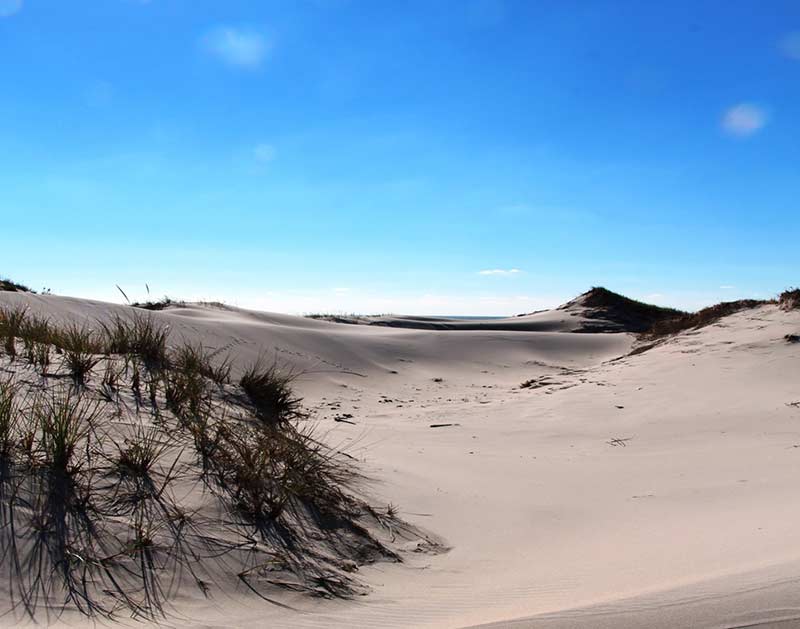 Despite this new awareness, the response was – REBUILD – even though we know storms are increasing in intensity and sea levels are rising. The thinking is that to keep our communities viable and our economies growing, we need to rebuild in these coastal communities. And along with the rebuild efforts is a renewed will to strengthen our coastlines to protect the rebuilt infrastructure.

Because of what we learned – that our coastal resources naturally protect our built environment – much of the coast strengthening design work has a basis in mimicking natural design. But what we are finding is that, even though these projects try to mimic natural features, the engineering and construction of these coastal strengthening projects results in hardened shorelines dominated by rock or concrete. 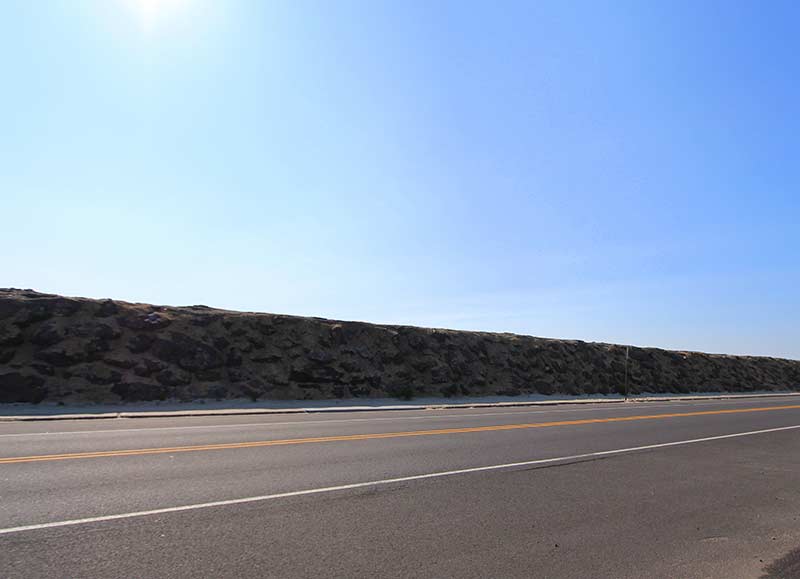 Typical view of beaches in the future?

There are other options to saving our natural coastlines.

Over 50 years ago, in 1962, a nor-easter known as the Ash Wednesday Storm lingered over the mid-Atlantic coast for more than three days. In Avalon, NJ, the storm swallowed up the first six blocks on the north end. In response, the borough built a bulkhead along the inlet to prevent more blocks from washing out. But along the ocean coastline, the borough began to buy out properties encroaching on the beaches, and started rebuilding dunes in the areas they had available. 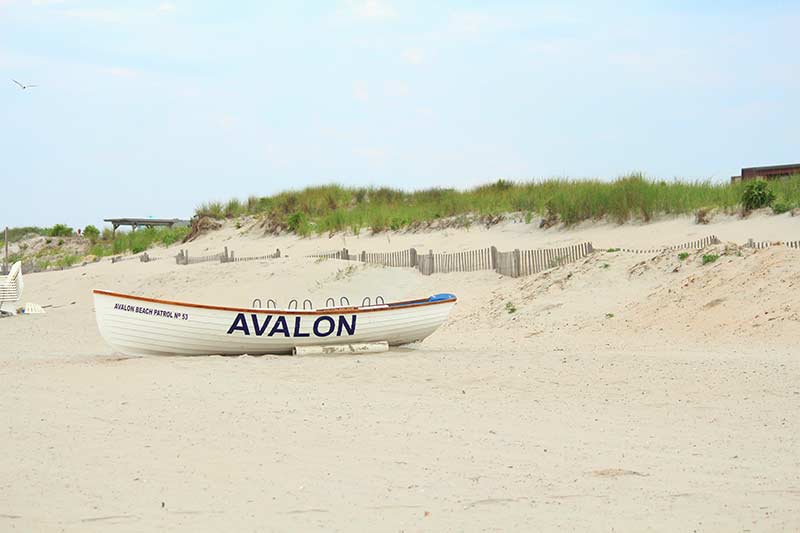 It took decades for the dunes to evolve, and they are still evolving and require management. And there are still those who still seek to develop within the dunes. But at this time, they are serving to protect the coastline and the infrastructure behind it, while also providing great habitat. 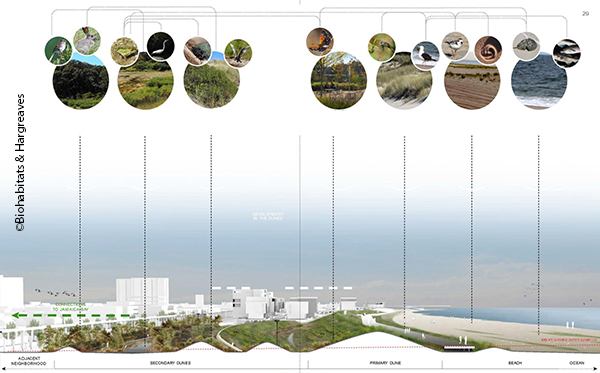 This is all possible because over 50 years ago the borough learned from the storm and took the time to put a plan into action. It’s not a quick fix but it’s doable.

The Avalon dune project serves as a great model for restoration. However, it is more difficult to undertake this type of project in the NY/NJ area where our shorelines are narrow and highly urbanized.

We have a general idea of what a resilient coastline can look like, should look like, with a diversity of habitats from dunes to wetlands to beaches to aquatic habitat.

But in the face of increased storm surges, rising sea levels, eroding shorelines, how do we create this diversity of habitat when land is lacking and development pressures further restrict the amount of land available? Nature has provided us with the tools. And using these tools, we can stem the tide for a bit, until retreat becomes the only strategy that makes sense.

The first step is to start small. We need to start right now setting aside open pieces of our coast for preservation with the hope of expanding them in the future. Size doesn’t matter. What is important is not to lose any more ground.

The next step is to look at our coasts – what shaped them initially, what is currently shaping them on a day to day basis, and what are the potential storm risks into the future. In looking to reduce the risks from flooding and storm surges, we have two primary tasks – we need to reduce the negative impacts of storm events, but even more importantly we need to reduce the day-to-day erosive forces that make the natural habitats along our shorelines less resilient.

We can restore dunes. We’ve done it in multiple areas, and they work, acting as storm barriers and slowing flooding. We don’t need wide swaths of beach to do this; we can start small and slowly expand over time.

We can restore our tidal wetlands. But we need to move away from excavating uplands to do so in the face of rising sea levels. We need to restore our marshes for the future. 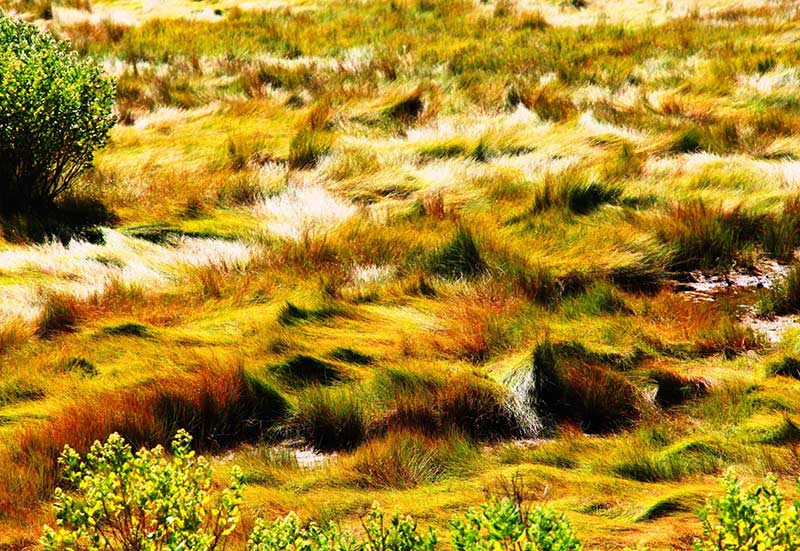 And we need to look closely not just at erosive forces due to waters coming from the sea, but also at those erosive forces caused by stormwater flowing from the upland towards the sea. Because of how we have built along the coast, often unmanaged stormwater has more affect on the resiliency of our natural coastal features but is often overlooked in the design and construction to strengthen our coasts. And we need to better understand sediment processes, including the lack of sediment inputs over time and how this weakens our coast.

The problems along our coast that we face in the NY/NJ area weren’t caused by Sandy but were given heightened exposure and urgency by the storm. For the most part, the majority of people who live along the coast are not ready to retreat. In light of this, we can take a number of steps to protect our coasts using nature as our guide. But we need to ensure that what we are restoring is a living coastline. It’s difficult and takes time, money and political will. But we need a strategy that looks at the coasts holistically, restoring a combination of natural habitats and processes that best suits each individual area and that can best provide the protection we need, until we are ready to retreat from these coasts.