This past May, while interviewing landscape architect and health researcher Leann Andrews for the Summer issue of Leaf Litter, I did something I had never before done while chatting with an expert: I zoned out.

The issue explored the connection between habitat degradation and the spread of diseases that jump from animals to humans, and I had just asked Andrews how a growing awareness of that connection might impact conservation. I can still recall the moment. I was seated in my newly appointed home office (otherwise known as the corner of my living room into which I had squeezed a child-sized desk I’d once purchased at a yard sale), donning my headset and feeling satisfied with the way the interview was going.

Andrews’ response to my question was hopeful. She admitted that we were in a unique moment in history, a “global stop” that had the power to become a “a huge wakeup call” to the reality of the many ways our decisions, actions, and lives are intertwined with all of life. “We have proven over many, many years,” she said, “that we can adapt as a human species by having moments like this, where we collectively pause.”

And that’s when it happened. It was only a moment. But as Andrews continued with her response, my mind drifted to my own recent experience turning to nature to cope with the stress and uncertainty of the pandemic. 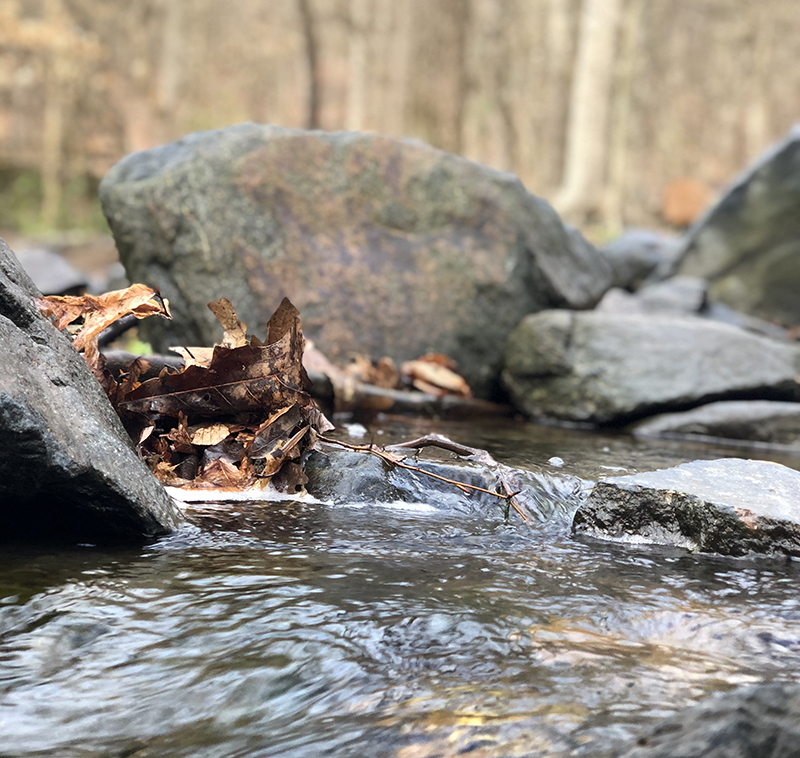 I have lived less than two miles from a lovely, wooded state park for 20 years, but it was not until the pandemic “pause” that I began hiking or running on its trails several times per week. So frequent were my visits I witnessed the change of seasons for the first time in my life. I knew when tree limbs fell or large stones shifted in a stream after a storm. I recognized invasive species emerging and wondered about their origins. Birdsong seemed louder. I noticed my own footprints.

I had also started swimming in the Chesapeake Bay. Even in my wetsuit, the frigid May water temperatures jolted me away from thoughts despair. Like an old, trusted friend who is not afraid to call you out for being dramatic, the Bay seemed to say, “Snap out of it! Look at this beauty!” A half mile or so later, once I’d settle into my swim, that same old friend would soothe me, saying, “Don’t worry. I’m still here, and I’m not going anywhere.” 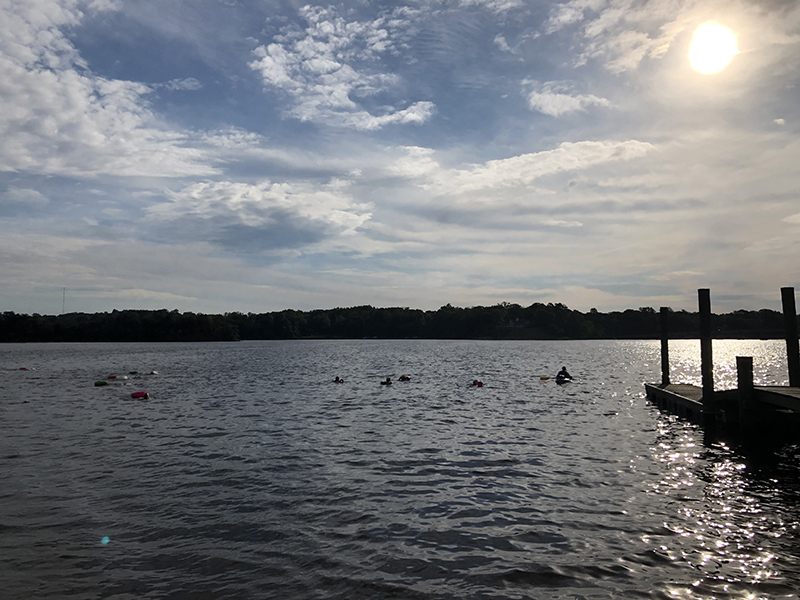 I returned my focus to Andrews’ response. She’s right, I thought. Pauses can bring about monumental shifts in our awareness, attitudes, and perspectives. The interview ultimately concluded and became a component of our Summer Solstice issue of Leaf Litter.

Since then, the water and the wooded trails have continued to buoy me through the many challenges of these past few months. Through dropped Zoom calls and a broken computer. Through my teenagers’ frustrations with online school and social distancing. Through the tragic loss of a friend and the sudden illness and death of my father.

So yes, pauses are powerful. Even without a pandemic.

With that in mind, we have decided to take a pause of a different sort. Rather than put out our Fall issue of Leaf Litter, we have chosen to focus contributing to Biohabitats’ efforts to help communities discover their own connections to nature and each other. Leaf Litter will be back, better than ever, with a Winter Solstice issue exploring nature-based approaches to urban waterfront protection, and a Spring Equinox issue focusing on environmental NGOs.

It is my hope that you’ll take the time you would’ve spent reading our Fall Equinox issue of Leaf Litter and devote it to the act of caring…for yourself…for those you love…and for the community of people, organisms, and living systems that surround you.

COP10: Could biodiversity offsets be the answer?
What if the People’s Climate March had Included Plants & Animals?
Thoughts on Reintegrating Urban Ecology
Thoughts On Ecological Restoration Construction, Planting & Management
Thoughts on the San Francisco Bay Bioregion