Microplastics are a huge area of study and concern as many of us are very aware. I recently reviewed some of the extensive literature (included in the list of resources at the end of this post) and sketched out where I think the major problems are and what our response as ecological engineers should be. In my view this a classic case of unintended consequences of an industry that had been seduced by the famous line in The Graduate. President Obama made an attempt in 2015 to remove microplastics from soaps, laundry detergent and toothpaste, but the problem is beyond such limited measures. What were the producers and marketers of all that plastic thinking? Where did they think it would go? 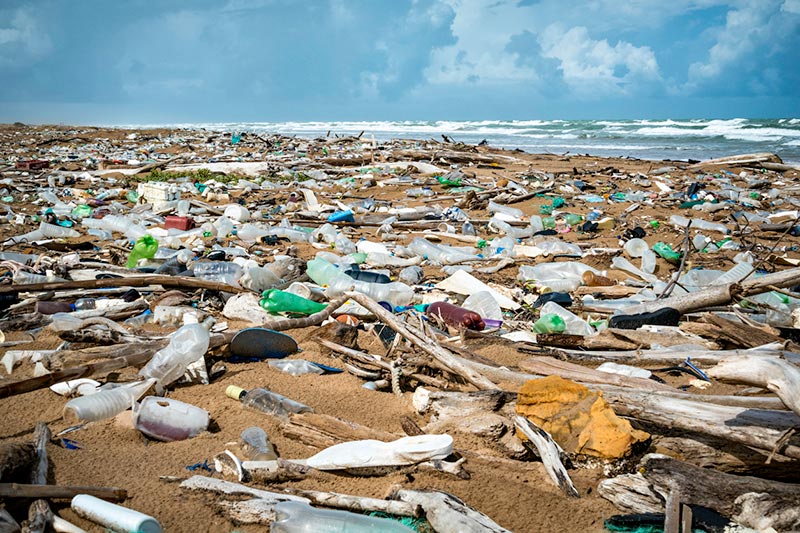 Microplastics in bottled water are inevitable. Look closely at the bottom seam of most plastic bottles or think about the machining process to make the threads in the screw top. NOAA classifies microplastics as less than 5 mm in diameter, which is actually quite large when we are looking at filtration for disinfection. In a survey forwarded to me (included in the attached file), there is a distribution showing particles sizes down to 10 um, or 10 millionths of a meter (see Enders and Lenz). In some state EPA jurisdictions, such as the New York City watershed, water filtration is highly regulated. Discharges in the watershed have to be filtered with a 0.5 um filter. Most bacterial cells range in size from 0.2 to 10 microns or micrometers (0.0000079 to 0.00039 inches). Common Escherichia coli, or E. coli, bacteria are 1 micron by 2 microns long. In the New York City watershed, we are required to use a filter that is 1/50th the size of the measured particle distribution and to at least filter out known bacterial pathogens. If you live in another location where water filtration is not so strict, you can install such a filter in your home or office drinking water supply. Bottled water may receive such a level of filtration, but remember, it’s the bottle that is the source of the microplastics

Groundwater is highly unlikely to be contaminated. However, when wells are connected to the surface via PVC plastic (or other types of plastic), piping may generate microplastics as the result of the flow of water stripping off very small particles at joints and threaded connections. Copper or stainless steel would eliminate the problem…that is, until we get to the faucets, which often use plastics. I suspect that the source of the microplastics found in well water is these small parts in faucets or in the plastic piping.

Wastewater and wastewater treatment plants contain microplastics that are primarily generated by washing clothes made of synthetics. The mechanical action of tumbling causes the micro-fibers to break down and shear off. (Patagonia is one company working on a solution.) Most of the microplastics settle out in the sludge or float up to the scum layer. Since sludge and scum are usually land applied as soil amendments, it is not surprising that there is data showing microplastics in soil. Micro-filtration is not typically practiced by large municipal wastewater treatment facilities. Indeed most WWTF in the US (775 cities) are CSO systems, so all of the stormwater which includes tons of microplastics (apparently from automobile tires) is discharged directly into the waters of the U.S.

The use of treatment wetlands for wastewater will remove all of the microplastics via gravity settling or filtration (see literature on bacterial and virus removal). Stormwater wetlands will remove some percentage of microplastics, but we need more information to determine precisely how much. I suppose that in a thousand or so years, when we need plastics, we should be able to mine treatment wetlands.

Large and small plastics are found in fish, seabirds, whales, shellfish (clams, oysters, mussels are very good filter feeders), and the micro-invertebrate filter feeders eating algae. Microplastics that sink or float are accumulating in the marine food chain. In addition to the simple physical accumulation of plastic in the digestive tract of fish and birds, there is an accumulation of toxins– Persistent Organic Pollutants (POPs)–that coat the microplastics. When ingested by animals, POPs accumulate in body fat and/or organs. Since many of the POPs are carcinogens or mutagens, they may be the real source of environmental degradation in the oceans.

This makes sense to me since most plastics are almost inert and very difficult for almost all microorganisms to break down. In micro-invertebrate populations such as Daphnia (a genus of small planktonic crustaceans), the micro-particles are both a source of toxins and mechanical obstruction of the digestive tract. This may be the most serious consequence of the plastics industry, and may have the same result as DDT. Research related to microplastics in microorganisms within the marine food chain is vast. (I could keep a grad student going for a month just downloading relevant research). When I asked a microbial ecologist about research that would help point the direction for this crisis, these questions emerged:

As with microplastics in the water, the accumulation of microplastics in the soil also affects micro-invertebrates, including earthworms and therefore moles, and the predators that eat moles. etc. This sounds remarkably like the DDT story. The effects will be different since the microplastics carry POPs and have a mechanical effect.

The good news is that plants cannot absorb microplastics since the openings in the root hairs where nutrients and water enter are even smaller than bacteria and most viruses. So eat your veggies! I did not look at the fate of livestock – meat, milk, cheese, butter, yoghurt. But it is obviously a very interesting subject since it leads to us the question of what happens when we eat plastic. Microplastics will make it thru the stomach since most plastics are acid resistant. But what happens in the large and small intestines?

There are attempts at reducing plastic in the environment (straws, plastic bags, in detergents, etc.) but reductions of all plastics currently being discharged into the ocean will be reduced by less than 10% with currently mandated or voluntary programs. Other sources include synthetic materials used for clothing and automobile tires. There are a sufficient number of scientific studies that lead me to the conclusion that microplastics are a significant environmental problem affecting the oceans, lakes, and rivers. Someone in the EPA administration might argue that the plastics are inert, so how can this be any different than a very small grain of sand? Well let’s not forget the affinity for these microplastics to accumulate POP’s. The current administration will not be funding any science that addresses this issue because of the scale of the industries involved. (It might affect profits.) 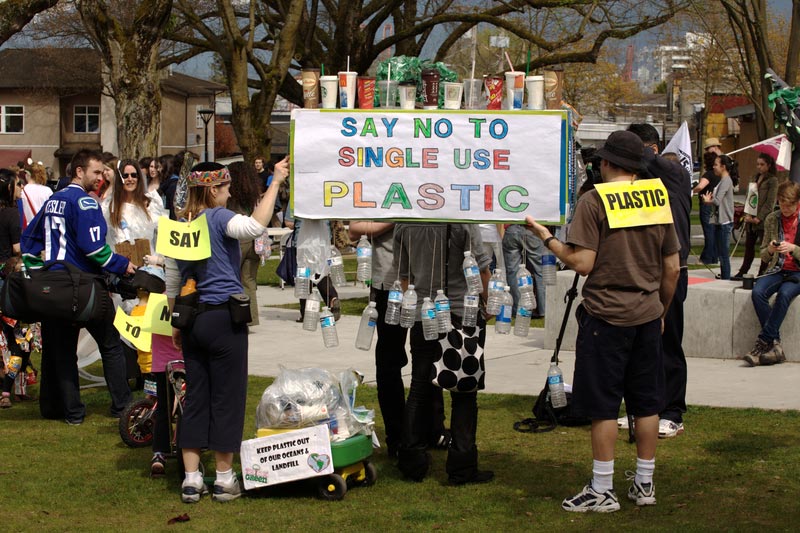 Am I an alarmist? An environmentalist? I had a wonderful clam chowder this weekend at Bodega Bay on the Northern California coast. My water supply comes from 200 feet down, so no worries there. Food is all organic…this is NorCal after all. It is easy to see how some people might view this issue as falling so far down the list of issues (including climate change, species extinctions, mass migrations, etc.) that there is no need to be too concerned. But microplastics are an insidious environmental issue, like DDT, and their effects are probably cumulative, moving slowly up the food chain as you read this.

We can actually be very proactive with this issue. Many of you are likely ecological engineers who design treatment wetlands, and if you are involved in wastewater treatment and reuse, those wetlands will be filtering any remaining microplastics from the effluent. Stormwater, CSO, and environmental restoration projects offer the potential of adding to the database and an understanding of what is happening to microplastics. What happens to the oyster population in restored reefs in the Chesapeake? What is the concentration of microplastics in the discharge from stormwater wetlands? And let’s not forget about personal plastic consumption in the home and office.

Effects of nanoplastics and microplastics on toxicity, bioaccumulation, and environmental fate of phenanthrene in fresh water – ScienceDirect.htm

From Fish to Humans, A Microplastic Invasion May Be Taking a Toll – Scientific   American.htm

Microplastics are not important for the cycling and bioaccumulation of organic pollutants in the oceans—but should microplastics be considered POPs themselves_ – Lohmann – 2017 – Integrated Environmental Assessment and Management – Wiley Online Lib.htm

Production, use, and fate of all plastics ever made _ Science Advances.htm

UNEP microplastics in the food chain.pdf

WHO launches health review after microplastics found in 90% of bottled water _ Environment _ The Guardian.htm