The culminating moment came in a Volkswagen bus in Toledo, Ohio.

I was a junior at Bowling Green State University. I had spent the previous weeks helping to organize the University’s 22-day environmental “teach-In.” I was in Toledo to pick up the speaker I had lined up for the Earth Day Celebration which would take place on the final day of the teach-in. The speaker was Stanford University entomologist and author, Paul Erlich. Erlich’s controversial 1968 book The Population Bomb, which warned of the consequences of population growth and limited resources, had become a best-seller, and he was emerging as a prominent figure in what was becoming “the environmental movement.” He had even appeared on The Tonight Show with Johnny Carson. 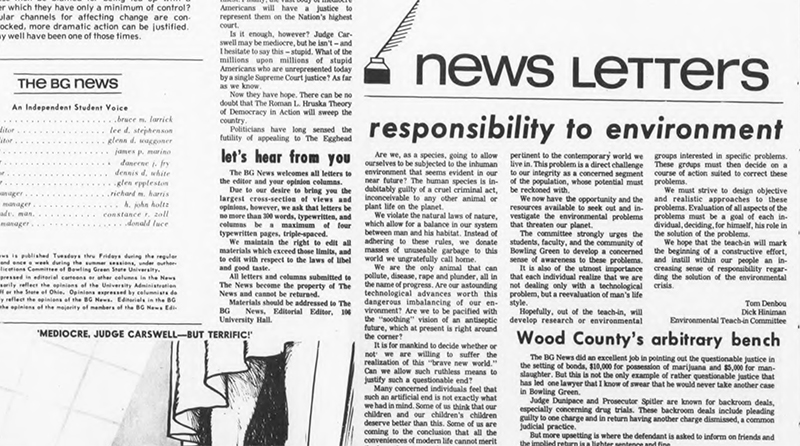 Weeks earlier, when I began my effort to secure Erlich as our closing speaker, plenty of my friends thought I’d never succeed. Looking back, I can’t blame them. What were the chances, given Erlich’s prominence at the time and the many high profile Earth Day events happening around the country, that he would be available to speak to us? When I called his office and reached Richard Harriman (his assistant as I recall and with whom he later co-authored two other books). Harriman initially indicated “no,” but then said, “Hang on…let me check.” Moments later, he was back on the line, saying “You won’t believe this, but he will be in Toledo Ohio speaking at a conference on the topic of his research on the genetics of Lake Erie water snakes. If you pick him up at the University of Toledo and get him back there, he’d love to speak at your event.” Sometimes a long shot really does hit the mark. 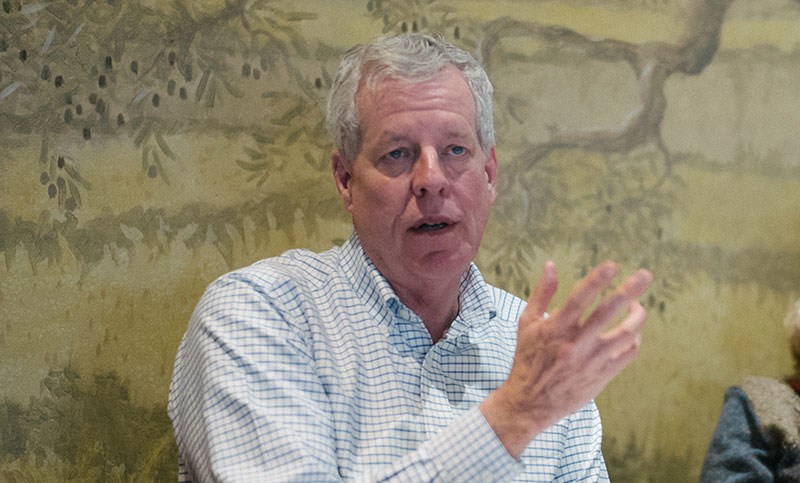 Late on the afternoon of April 22, 1970, as I sat in my Volkswagen bus in the University of Toledo parking lot waiting to meet Erlich for the drive to Bowling Green, two things dawned on. First, the realization that my fellow Earth Day Committee members and I, along with others like us on campuses throughout the U.S., were most definitely on to something. Although Erlich was in the area to focus on an entirely different topic, I just knew that by addressing our campus community, he would fuel a fire that had only begun to ignite. I knew that his message about a growing population’s unfettered use of limited resources would inspire and motivate a force that had the power to change the future, and I knew that other speakers at other events would do the same. In other words, I knew that a movement had indeed begun.

The second truth to dawn on me as I sat in that parking lot that day was that I was on to something. That was the moment that solidified my commitment to a life-long career devoted to addressing ecological and environmental issues. 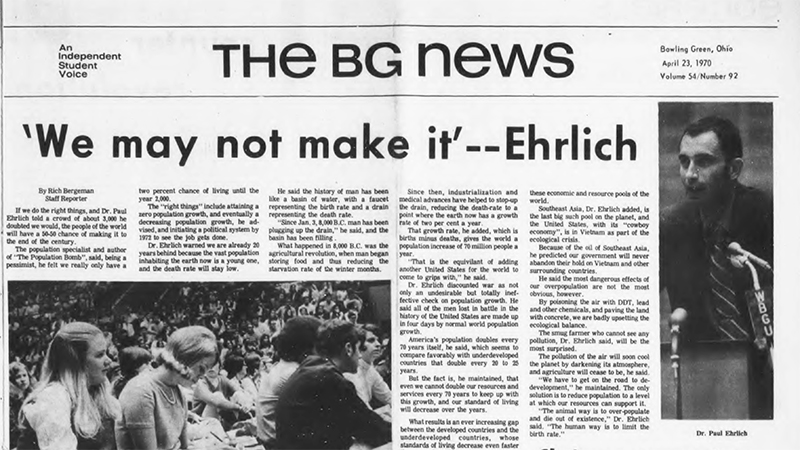 The April 23, 1970 issue of The BG News, reporting on the Earth Day Celebration and its keynote speaker, Paul Erlich ©Bowling Green State University

The April 1, 1970 issue of The BG News, a student newspaper, which kicked off Bowling Green State University’s 22-day Earth Day Celebration. Includes a letter to the editor co-written by Tom Denbow (name misspelled).